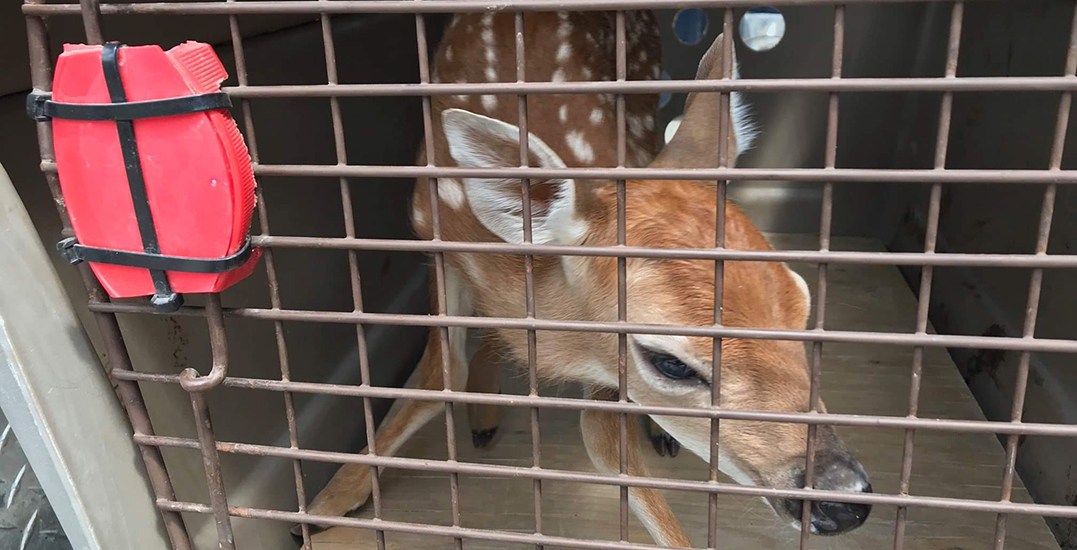 A BC-based man has been fined after carrying a live deer into a liquor store, on June 15, according to a Conservation Officer Service Facebook post.

COS says they received a report that an adult male allegedly entered a liquor store carrying a life fawn.

After watching the store’s surveillance footage, Conservation Officer (CO) Greg Kruger was able to confirm the identity of the male.

CO Kruger then located the male at a residence in Invermere, BC, an eastern community near the Alberta border, where Kruger says he still had the fawn in his possession.

The man explained to Kruger that he allegedly found the fawn and had believed it to be abandoned.

The officer then took possession of the animal and brought it to the exact location where the man reported finding it.

Kruger then used an electronic call that mimics fawn vocalization. He says, within moments, the fawn’s mother ran out and was reunited with the fawn.

The BC Ministry of Environment tells Daily Hive via email that the man was charged $345 for the unlawful possession of wildlife.

The COS explains that anyone who finds wildlife that appears to be left on its own to leave it and contact them at 1-877-952-7277.

Newborn ungulates are arriving across B.C. You may encounter one yourself. Often newborns are found alone as the mother is off feeding. Fawns can be left on their own for 24 hrs. Do not pick them up. If you do, likely the newborn is not being rescued, it is being abducted. pic.twitter.com/S0TGzf98IZ