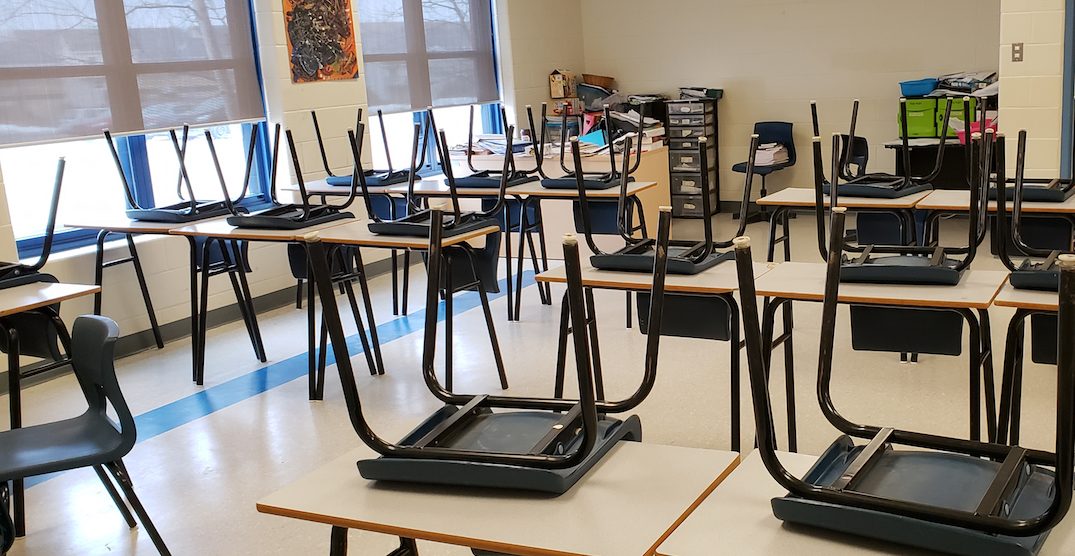 An online petition calling for optional in-class learning has received tens of thousands of signatures.

Luk says that with reported cases of COVID-19 increasing, students are being pressured to return to school.

“The government is pressuring our kids to go back to school even though it is still unsafe,” Luk writes. “They just keep repeating that ‘this is a robust plan,’ in hope for our buy-in.”

Some issues that Luk discusses in his petition include masks not being mandatory for students, despite being recommended by the BC Centre for Disease Control. He also cites several studies that suggest that children and youth are just as susceptible as adults when it comes to transmitting the virus.

“The BC government is mandating insufficient safety infrastructure in the schools, especially with regards to physical distancing, safety barriers, and masks,” he writes.

“This ‘plan’ to try and forcefully put out kids back to school on a mandatory basis is extremely irresponsible. This decision is unsafe and will put many people’s lives at risk, especially high-risk individuals in students’ households.”

Luk is calling for voluntary in-class instruction until there are “clear evidence-based plans, guidelines, measures, enforcement, and infrastructure in place.”

Despite being started only three days ago, the petition recently surpassed its goal of 10,000 signatures and is now pushing for 15,000.

Parents aren’t the only ones that believe the return-to-school plan needs work, either. Last week, the British Columbia Teachers’ Federation (BCTF) said that the plan was far from ready.

Teri Mooring, BCTF president, says that “the plan needs more time and a lot more work” in order to “be successful and keep everyone safe.”

“This announcement misses the mark on several critical components and should go back to working groups.”