An exciting new petition is asking Rockstar Games to base the next Grand Theft Auto video game in Vancouver.

“I want to see Vancouver BC as an upcoming city of GTA. Imagine causing havoc on Granville, running Hastings, and driving 200 over the Port Mann bridge in a chromed out Bugatti.”

As a GTA-enthusiast myself, I applaud the efforts of this keen gamer to bring the legendarily-bad-for-kids video game to Vancouver’s HD CGI-animated streets. If you can look away from the quite obvious violence associated with the game, it’s a pretty fantastic idea.

Back in the late ’90s, Vancouver was featured prominently in one of the first incarnations of Need for Speed: High Stakes. In the Pacific Spirit gameplay, you could race cars throughout a city much like Vancouver, including past a version of Science World and underneath an elevated SkyTrain, through a park featuring totem poles and across a bridge adorned with two lion statues at its entrance – including alternating lane signals (hem, hem, Lions Gate Bridge).

I played this game as a nine-year-old on an old desktop PC using the arrow keys on the keyboard. It involved speeding away from police cars, but never inspired me to do so in real life.

It was a less-than-subtle nod to the city where the game developers, Electronic Arts Canada, were based – a city that has had its video game industry grow exponentially. For instance, EA Canada with headquarters in Burnaby, now produces all EA Sports’ FIFA, NHL, and NBA games, among others.

But having a geographical connection to a GTA studio is not going to guarantee a city gets digitized into a crime-ridden game locale.

GTA is known for fictionalizing famous cities, including settings like Liberty City as New York, Vice City as Miami, San Andreas as Las Vegas and California, and Los Santos as Los Angeles. 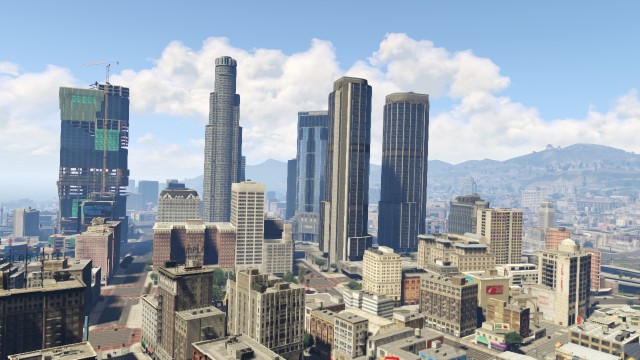 For it to move up north, Vancouver would really have to put on a stellar campaign. Yes, our geography would provide a great diverse range of vistas – the wealthy hillside of West Vancouver, the vast plains of the Fraser Valley, and the dense Downtown core, along with a rich underbelly of crime and sleazy real estate transactions.

Some of Vancouver would have to be degraded down to criminal hubs, which would likely not sit well with local governments and residents. But it’s a game – I’m sure we could all get off our politically correct horses for a moment to appreciate the city being immortalized in video game history.

Even if the idea of opening fictional fire on fictional Granville Street doesn’t appeal to you, there would have to be some satisfaction of Vancouver making the big leagues before Toronto, the real G.T.A.

The petition to Rockstar Games had 1,246 supporters out of a needed 1,500. It’s pretty likely this idea will never come to fruition, but let’s just imagine if it did.