Canadian Comedy Award-winning duo Peter ‘N Chris performed at the Anvil Centre in New Westminster this past weekend (October 30 -November 1), with a sketch show that kept the audience laughing from the moment it began.

Peter ‘n’ Chris: The Mystery of the Hungry Heart Motel is a hilarious combination of miming, physical comedy, dry wit and character work. There’s something about the duo’s stage presence that makes it hard to look away, and from the moment that Peter stepped onstage to introduce the story, the audience was buzzing with excitement. 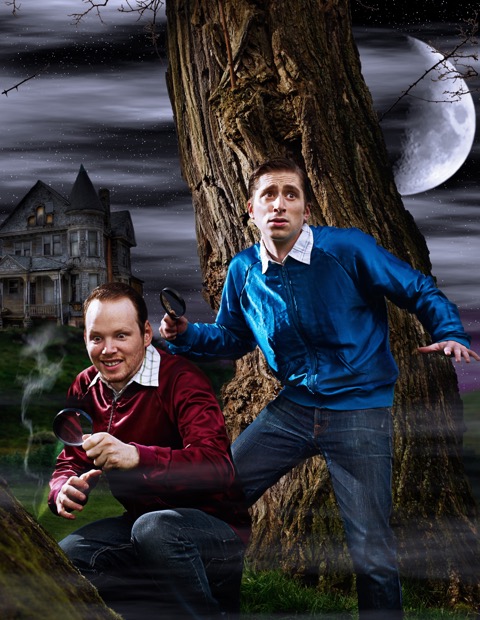 The show was performed with the perfect amount of self-awareness. Sometimes in sketch comedy, this can go too far but this element was sprinkled throughout Peter ‘n’ Chris: The Mystery of the Hungry Heart Motel it to keep it in the effective realm. They broke the fourth wall just enough to make the audience feel as if they were a part of the story, peppering in instances of audience interaction which never felt forced.

With sketch comedy, it can sometimes seem to be a bit too scripted, but this show had the right balance of the two. The comedians were skilled enough to react to what the audience threw their way, and to improvise around each other’s flubs. More often than not though, the best moments were the ones that were created on the spot, making it obvious to the audience that while the show was originally created in 2011, it’s still fresh.

The bottom line is that Peter ‘N Chris genuinely seem like they are having fun throughout the entire piece. This translates to the audience who are swept up in this atmosphere and brought on a ridiculous journey that you can’t help but get invested in. 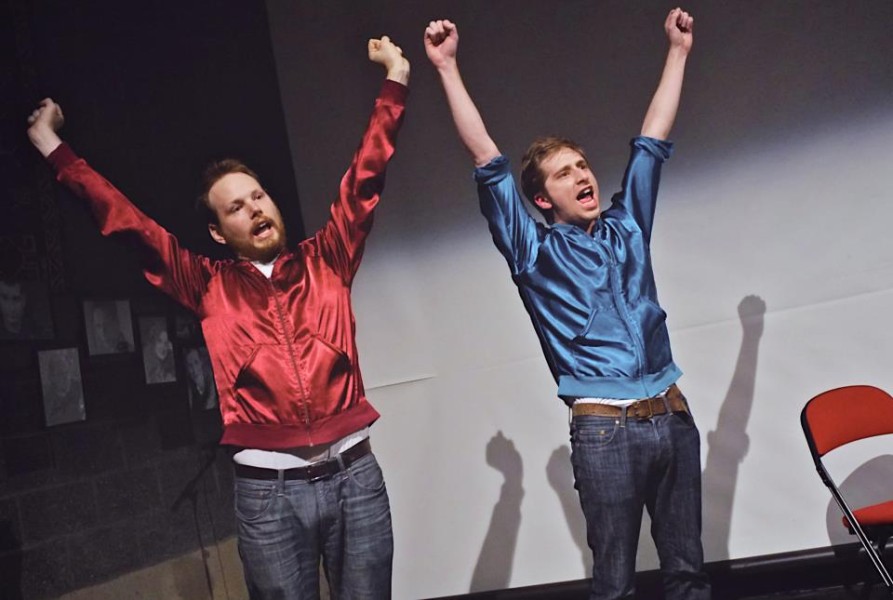 While you would imagine that only having two people onstage might limit them, Peter ‘N Chris used it to their full advantage. During a particularly memorable chase scene, Chris changed between characters around twenty times, morphing between the murderer and ‘Chris’. The scene was effortlessly choreographed and executed with such clarity that you never had to second-guess or even think about what character he was playing.

The second act of the show featured some of their sketch comedy stand-alones, including a ten minute piece where they barged through the audience having an argument about whether the ‘bit’ had gone on for too long. It never pushed the audience interaction too far and instead really invited us into the joke by literally involving some of the spectators. It showcased their diversity and ended the show with a hilarious bang. 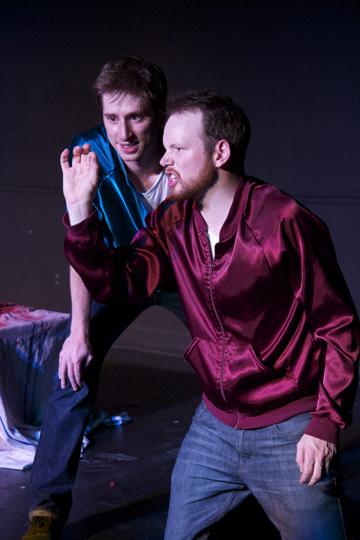 The Anvil Centre in New Westminster was the perfect backdrop for this bare-bones piece. As it is a black box theatre, there was nothing to distract the audience from the comedians and their extremely specific performance. The space was big enough for Peter ‘N Chris to tell their story effectively without seeming like there was empty space all around them.

Peter ‘N Chris’s physical comedy is flawless. Their timing is impeccable and together and their humour is simply unparalleled by any other sketch comedy duo in the city. If you’re looking for something that’s not only hilarious but that will truly make you hope it will never end, Peter ‘n’ Chris: The Mystery of the Hungry Heart Motel or any other Peter ‘N Chris creation is the show for you.

You can check out their website to find out when their next show as well as watch clips of their existing content.