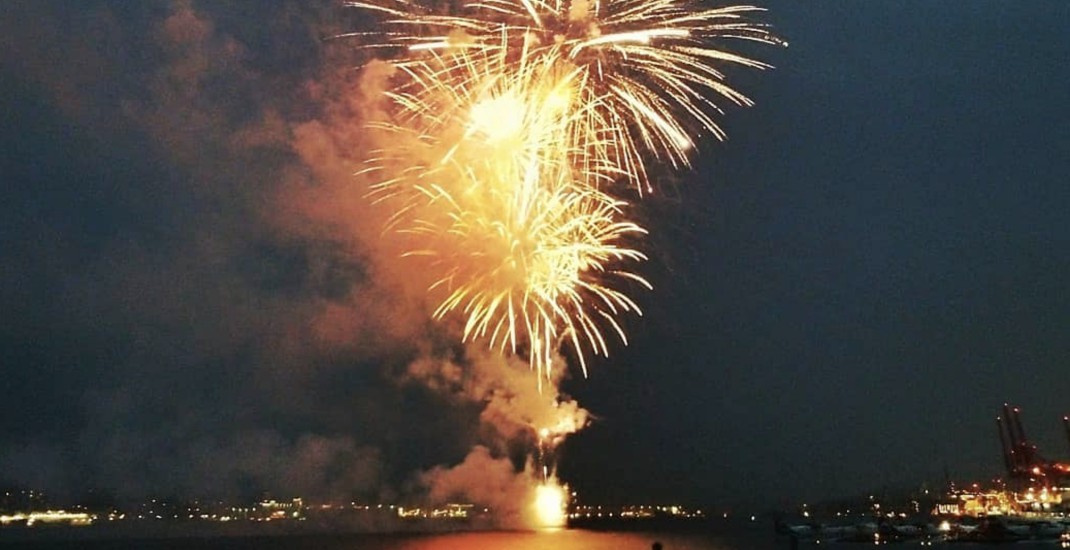 The PETA has recently penned a letter to Mayor Gregor Robertson and Vancouver City Council members, urging them to ban the use of fireworks on Halloween.

The city currently enforces a year-round ban, which is lifted once a year on October 31 (or 30, if the 31 lands on a Sunday).

It’s also explained that animal shelters and wildlife rescues “report a large increase in the number of animals they receive following fireworks displays.”

Dogs will often panic as they try to escape the noise and will jump through windows, over fences, or run away, causing them to get lost or seriously hurt.

The group has also offered to send posters for officials to place around the city. 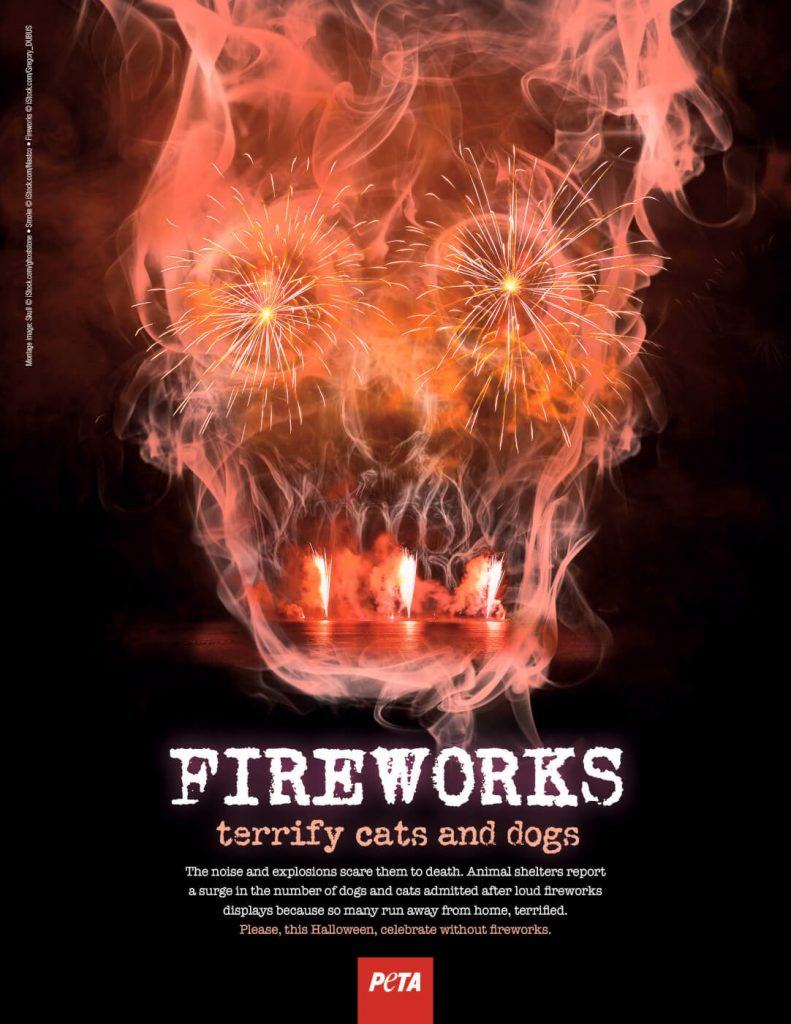 “Halloween is supposed to be spooky in a fun way, but booming fireworks bring real-life terror to animals and others who are sensitive to loud noises,” says PETA President Ingrid Newkirk. “PETA asks that Vancouver embrace a fireworks-free Halloween and celebrate the holiday with pumpkin carving, bobbing for apples, and other activities that are friendly to all.”

You can read PETA’s full letter below: 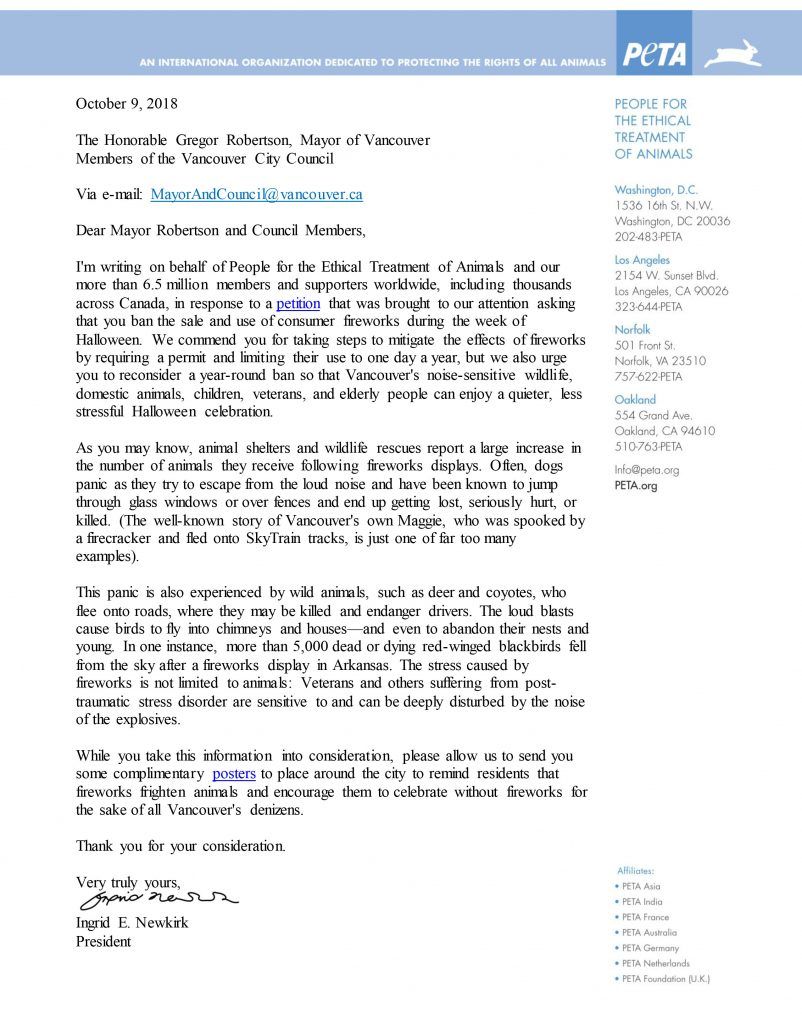