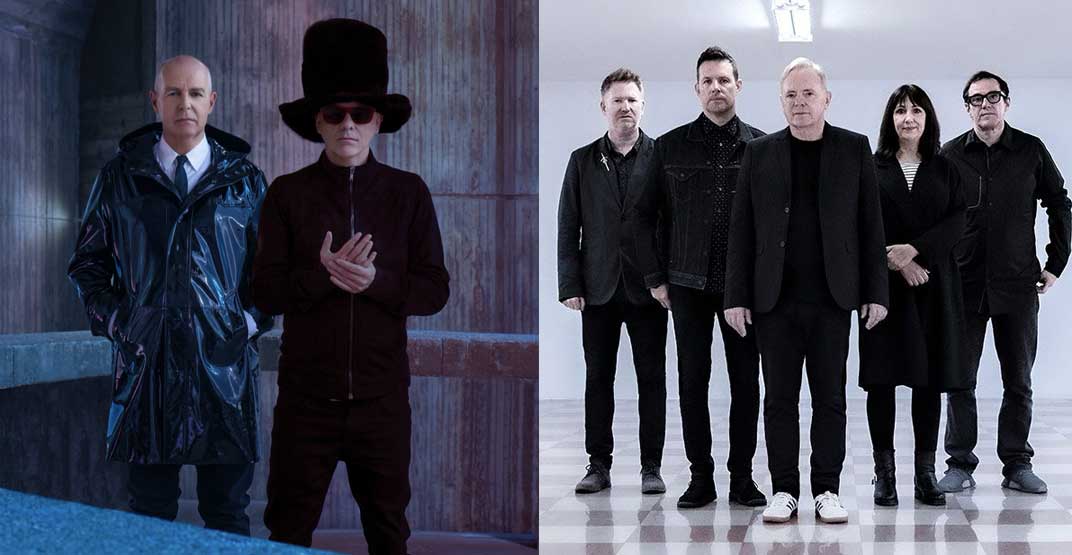 British synth-pop bands The Pet Shop Boys and New Order are set to perform in Vancouver this fall for their co-headlining Unity Tour.

The post-punk new wave bands rose to fame in the ’80s and amassed huge followings with their catchy electronic songs.

Neil Tennant and Chris Lowe, AKA The Pet Shop Boys, have sold more than 50 million records worldwide and are the most successful UK pop music duo in history (NBD), rocketing to fame in 1985 with their worldwide number one single, “West End Girls.”

The band members of Joy Division founded New Order after the tragic passing of its frontman Ian Curtis. After rising to success in the New York club scene, the band’s song “Blue Monday,” released in 1983, became the best-selling 12-inch single of all time.

New Order went on to release multiple albums in the ’80s, ’90s and ’00s, including Low-Life, Brotherhood, Substance, and Get Ready, and in 2015, they released the critically-acclaimed Music Complete, which reached number two on the UK album chart.

New Order’s shows have been so successful around the world that after a recent four-night residency at The Fillmore Miami, the City of Miami Beach officially declared January 15 as New Order Day. 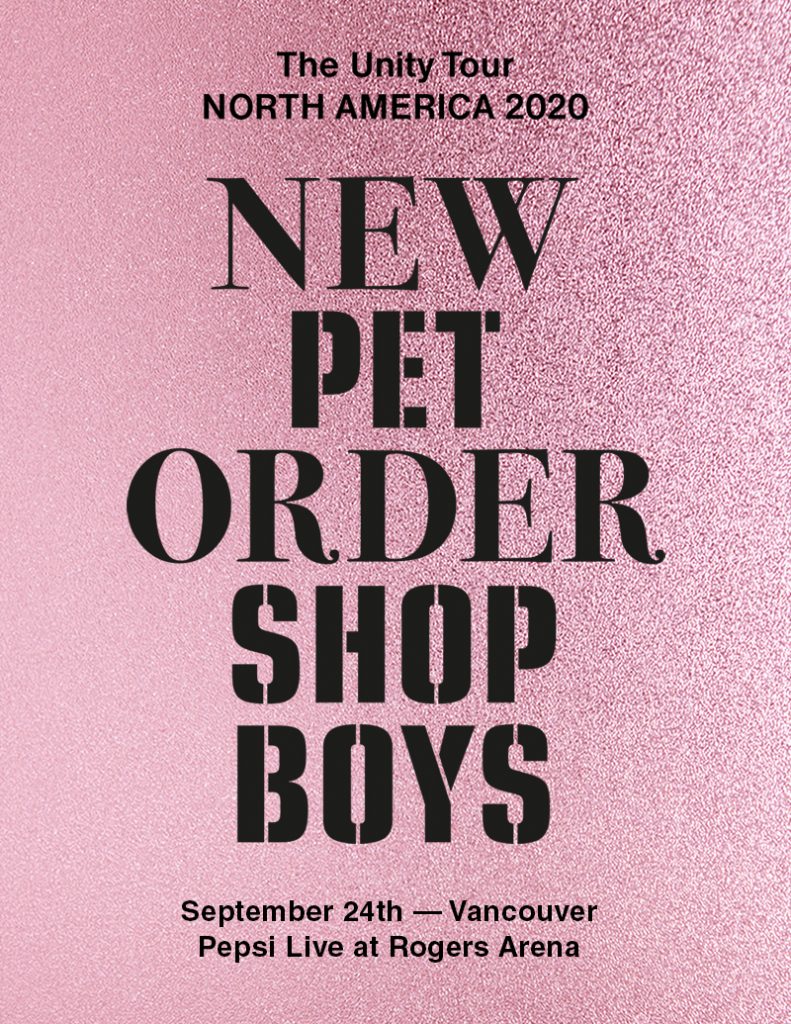 The Pet Shop Boys and New Order are travelling across North America for their co-headlining tour. It will kick off on September 5 in Toronto before touring several US cities, including NYC at Madison Square Garden, then heading to the west coast to play a show at Rogers Arena on September 24. Both bands will play a full set with the headliner switching it up each night.

Tickets to The Pet Shop Boys and New Order’s co-headlining Vancouver concert are on sale now, starting at $45 (plus fees) via Ticketmaster. Don’t miss out!