Last week, fashion staple Vogue published their idea of what a perfect day in Vancouver looks like. The list, which was written to coincide with the star-studded TED conference, featured a smorgasbord of Vancouver hotspots like Matchstick, 33 Acres, and Hotel Georgia.

All-in-all it sounded like a pretty great way to spend some time in our great city. It also got us thinking: just what would a perfect day in Vancouver look like?

To find out, we asked our editors to tell us how they’d spend a perfect day in Vancouver. Do you agree with their itineraries and what would your perfect Vancouver day entail? Let us know in the comments below.

“Wake up in the morning, put on my running shoes…” – Karm Sumal, Publisher and Co-Founder 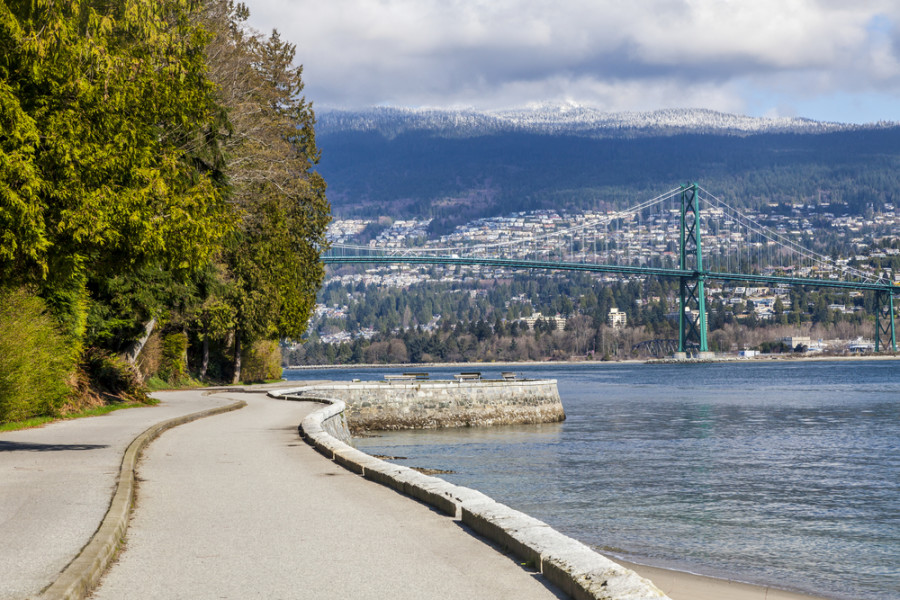 Wake up in the morning, put on my running shoes, and head down toward the Vancouver Convention Centre and begin my run around the seawall. Loop around Stanley Park and end it at English Bay, near the laughing statues. After working up a sweat, change into some Reigning Champ (Vancouver made, known worldwide) and head out to East Van for some breakfast at Red Wagon. After that head over to Mount Pleasant and grab a coffee at Kafka’s, sit down (if I can find a seat) and do some work uninterrupted.

After some quality time with WordPress, head back to Gastown, walk around snapping some photos for Instagram and then grab some lunch at Tacofino. After lunch, it’s time to check out what new sneakers are in at Livestock in Chinatown or Gastown. Then proceed to check out El Kartel and other shops in the neighbourhood. For a quick dinner, there’s Bestie or Bao Down, or if I feel like sitting down for a while, L’Abattoir is a great spot.

After dinner it’s time for some quick drinks at Charles Bar before catching some underground hip hop at Fortune. This is followed by more drinks at Keefer. Then it’s time to call it a day.

“My day starts off with coffee…” – Farhan Mohammed, Editor-in-Chief 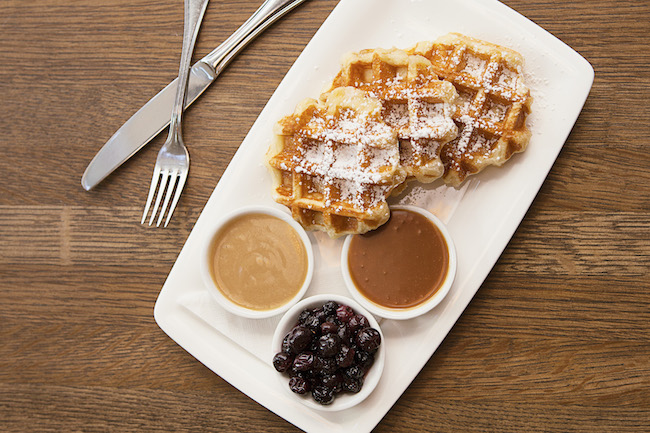 My day starts off with coffee somewhere in Gastown, like Timbertrain, with a healthy dose of Hootsuite, publishing, and emails on the side. Suitably caffeinated, I’ll make my way over to Café Medina for brunch with friends (Vogue got something right!) and stuff my face with waffles and Merguez sausages. In an effort to burn off brunch, I’ll walk or bike the seawall, catching some lawn bowling action in Stanley Park and roller hockey at Sunset Beach along the way. I’ll stop in Yaletown for a little bit of sushi at Minami before getting gelato from Bella Gelateria, then loop back to English Bay to sit on a log and catch the sunset.

For dinner, I’ll head down Denman to Simba’s Grill for some African BBQ or drive out to Burnaby to James Street Cafe & Grill for some Beef Ribs Choma. Then to top it all off, I’ll take a late night trip to Richmond for dessert at Mango Yummy.

“There’s a satisfaction that comes with cooking your own breakfast…” – Kenneth Chan, Deputy Editor 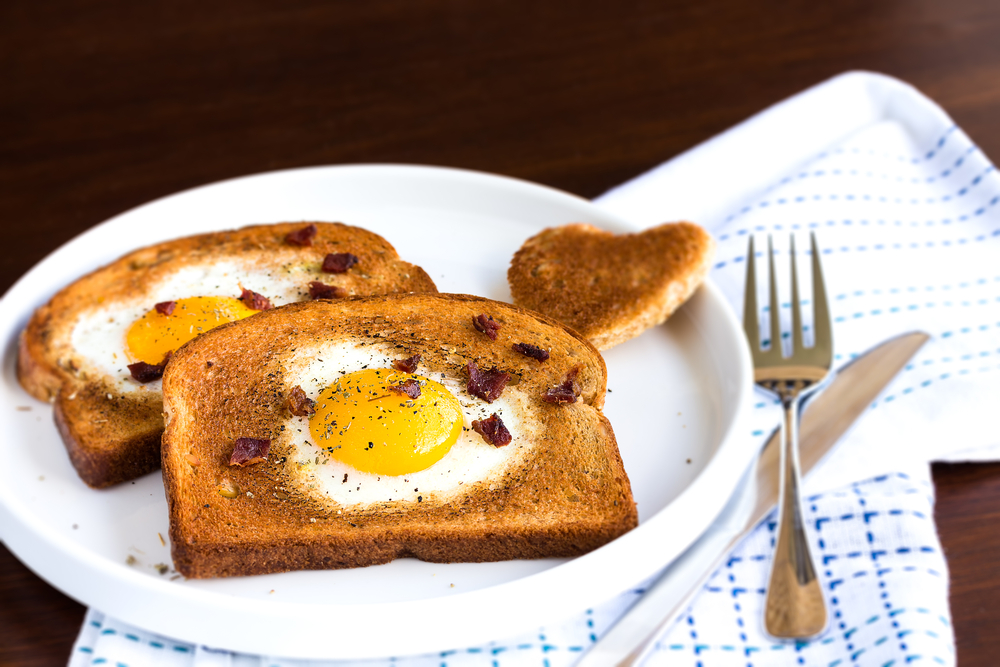 Image: Egg In A Hole / Shutterstock

It’s 6 a.m. on a Saturday in late-July, and the sun’s rays are beginning to stream through my window. There’s a satisfaction that comes with cooking your own breakfast (it’s probably the easiest full meal to prepare and cook), complete with the egg-in-a-hole, avocado, fruits, and yogurt. No coffee for me though, I’m more of a green tea person.

This would then be followed by a session in the gym to get my body going for the day, although if I’m feeling the need for an intense cardio workout or leg day I’ll go for a hike in the North Shore. The Grouse Grind is within relatively close proximity compared to other trails, and there’s an easy way to cool down and descend the mountain (SkyRide) once reaching the top. Few things beat the views of the region at the top after a long, gruelling workout.

The time is now just after 11 a.m. On my way home, I’ll make a quick stop by Sushi California on West Broadway near Yukon Street to pick-up lunch: Salmon sashimi, chicken teriyaki on rice, and gomae.

And now, I finally have time to read something that’s not work-related. I’d read life biographies of influential individuals who have done incredible things with their lives and learn from their successes and failures to apply it into my own life. Just to name a few individuals that I’ve read recently: The Singapore Story by Lee Kuan Yew, Hard Choices by Hillary Clinton, Patriot Hearts by John Furlong, and Empire State of Mind: How Jay-Z Went from Street Corner to Corner Office by Zack Greenburg.

That takes me to early-evening, and it happens to be a Celebration of Light fireworks night. I’m out with friends and we’re eating dinner at Chambar before heading down to English Bay Beach with our mats for a good spot – right in front of the barge – to watch the show. 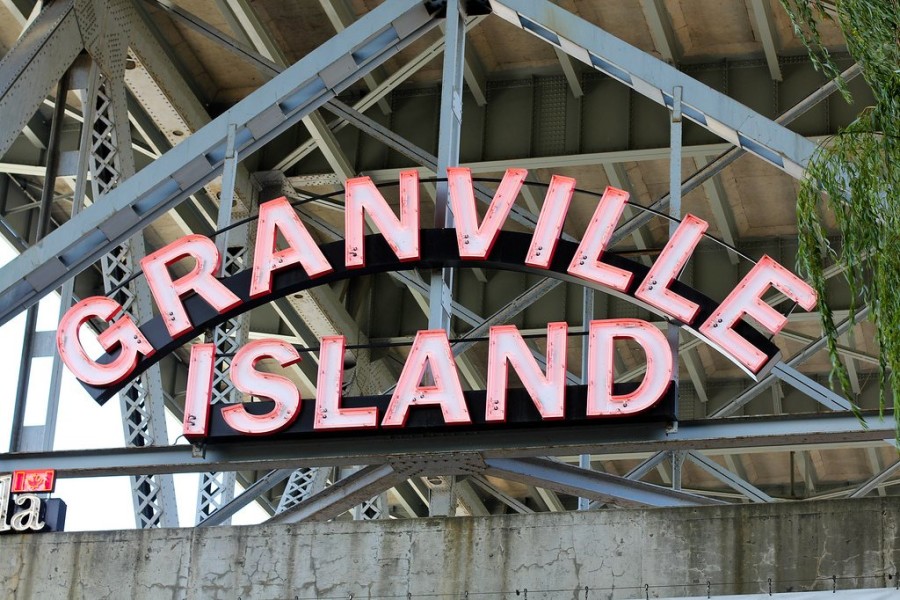 Start off at a bakery for a pastry. My favourites are Beaucoup, Purebread, or Thomas Haas. I’d also need a cup of coffee, and some of my favourites are brewed up at Timbertrain, Prado, or Milano. I love Granville Island in the morning, especially if it’s a weekday and things are just opening up. I’d meander the stalls, pick up some treats – like beautiful cheese and meat from Oyama – and then hop over to Siegel’s for an everything bagel with lox and cream cheese for a bit of breakfast.

For lunch I’m a big fan of the downtown power lunch. It would be terrific to pop into YEW seafood + bar to see what Chef Ned Bell is cooking up, or to taste what’s fresh and in season in the hands of Chef Dave Gunawan at Royal Dinette. Lunch is also a great time to get a coveted seat at Ask For Luigi in Railtown.

After lunch, I’d be happy to soak up some flora and fauna. One of my favourite places is Van Dusen Botanical Gardens; it’s somewhere I went with my family many times, and holds a lot of memories for me of my mom. Queen Elizabeth Park is also a great spot for seeing blooms and greens. If it’s summer, it would be nice to head to Kitsilano Pool or Second Beach Pool, or to grab a book and relax on the sand at English Bay Beach.

Since this is a dream day (and I’m not at work or hauling my toddler around) I may as well check into one of Vancouver’s incredible spas for a bit of pampering. Chi at the Shangri-La, Willow Stream at the Fairmont Pacific Rim, or Spa Utopia at the Pan Pacific would all do nicely.

For an afternoon snack, something sweet is on the menu. A London Fog and a cookie at Bel Cafe, a coffee and a doughnut at Lucky’s/49th Parallel, or a scoop or swirl of ice cream (take your pick, we’re spoiled: Small Peaks, UYU, Earnest, Rain or Shine, Bella Gelateria) will do nicely.

After a stroll to work off the treat and get primed for the evening, I’d grab a drink in the early evening from somewhere like Juniper, The Sylvia Hotel, Torafuku, or Boulevard Kitchen & Oyster Bar (and a little snack is never a bad idea). Then it’s off to dinner, ideally somewhere that really showcases the best of local dining., like Blue Water Café, Hawksworth, Chambar, or Miku – odds are, I’m headed somewhere I can indulge in some beautiful fresh seafood, paired with great B.C. wines.

Post-feasting, more drinks (The Diamond, Keefer, etc) would be fun, as would a concert or some live entertainment (VSO, ballet, theatre, or TheatreSports).

“The Vancouver Canucks are in Game 7 of the Stanley Cup Final…” – Rob Williams, Sports Editor 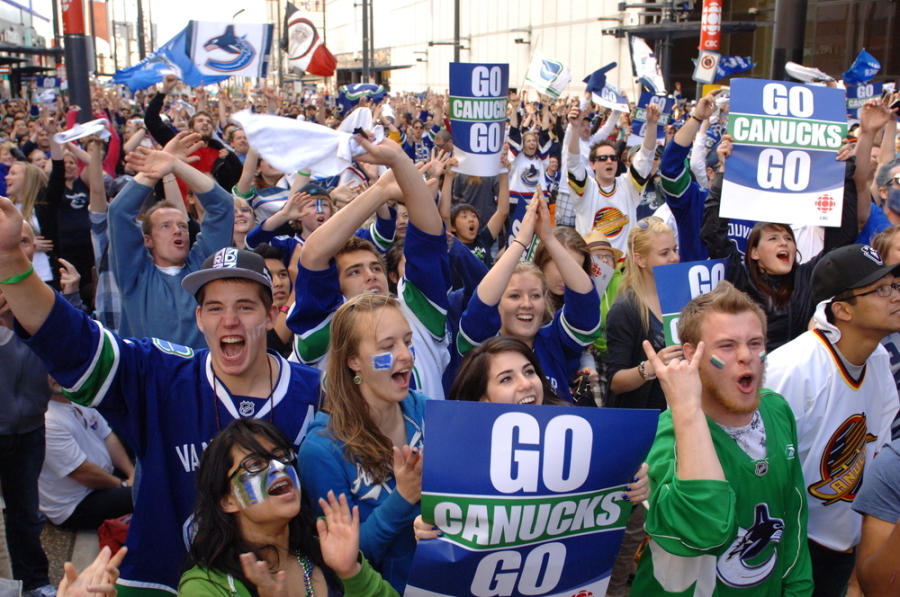 My perfect day in Vancouver? It’s June. The days are long and it’s a beautiful day in East Van. The Vancouver Canucks are in Game 7 of the Stanley Cup Final. I’ve got tickets and honestly, that’s all that matters today.

But a guy’s got to eat, right? I walk to Main Street and get some brunch. How can you not love brunch? Going to fill up on some eggs benny at somewhere unpretentious and there’s no lineup.

Post-brunch, we roll down the hill to the Olympic Village for a pre-game drink. There’s nothing like patio season in Vancouver. There’s a vibe in the city unlike any other time. Car flags are everywhere, diehards and bandwagonners talking non-stop about the team.

An hour before game time, we take the seawall to the Canucks game. Rogers Arena is loud and the game is great. This time the result is different. The Canucks win the Stanley Cup.

Then I wake up!

Just kidding. This will happen one day and when it does, there’ll be a big smile on my face.

“I start the day off in Deep Cove…” – Cecilia Lu, Arts Editor 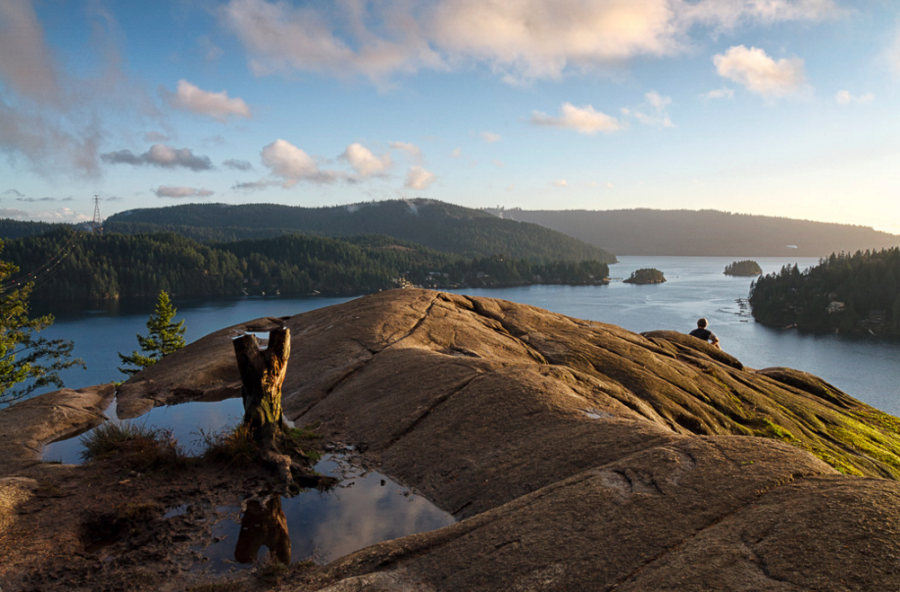 I start the day off in Deep Cove, at the last segment of the Baden-Powell trail leading out to Quarry Rock. Preferably earlier so I can avoid the congestion and take in the spectacular views before the obligatory post-hike stop for donuts at Honey’s. I hope to be back in town to catch the tail end of the lunchtime dim sum rush, gulping down my favourite Shanghainese xlbs at Chen’s (Richmond) or Wang’s (Kingsway).

After some serious napping, I’m off to see an indie theatre production, possibly in some dark and drafty theatre that’s off the beaten track. If my eyelids aren’t drooping by then, I cap off the evening with a solid whisky (Shebeen’s is an all-time favourite) and some great, slightly boozy conversation about the play I’ve just seen.

“A perfect day in Vancouver would start how most perfect days do: with a good cup of coffee.” – Crystal Kwon, Lifestyle Editor 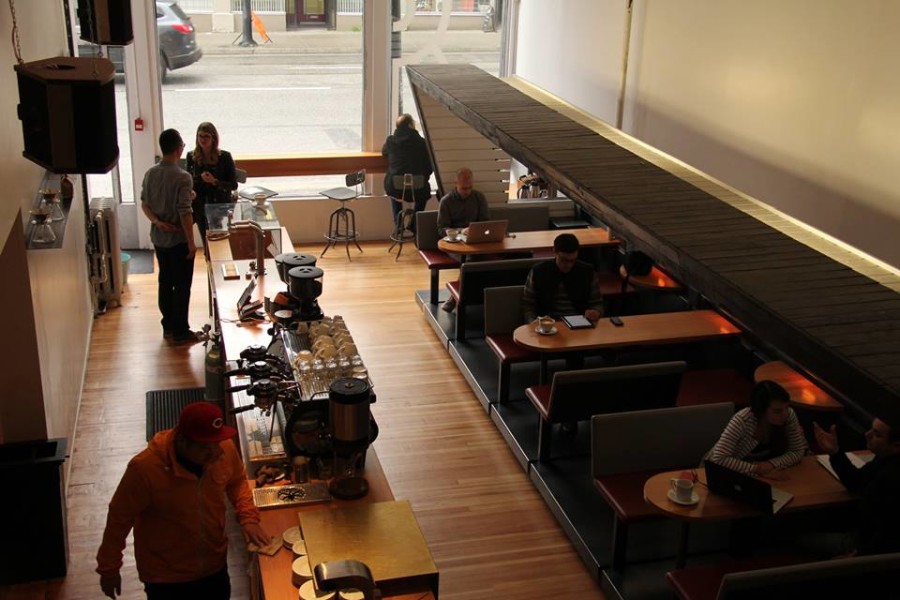 A perfect day in Vancouver would start how most perfect days do: with a good cup of coffee. If you’re a serious coffee geek, the folks over at Revolver Coffee or Timbertrain in Gastown take their coffee game seriously and will take good care of you.

Following that, take a scenic walk around False Creek starting at Yaletown Marinaside and ending at Olympic Village. What makes Vancouver so picturesque is how the city skyline is set against the natural elements, and this route won’t disappoint.

Next you will want to take in some fitness. We’re out to dispel the myth that all Vancouverites are yogis-in-training so I’d suggest taking up a spin class, which is a newer trend in town. My favourite is Ride Cycle Club just outside Yaletown. Expect dim lighting, loud EDM music, and be prepared to sweat it out in a 55-minute intense yet exhilarating class.

By then, you would have worked up an appetite. You’ll want to visit a Chinatown gem that serves up tasty eats at a very reasonable price point. I love Phnom Penh for their legendary chicken wings (Anthony Bourdain himself has enjoyed them) or Ramen Butcher just across the street if you are feeling like tasty noodles.

Next, pop by the Fairmont Pacific Rim to get a facial or massage at their Willow Stream Spa where you can spend a few hours lounging on their outdoor patio. Post-spa, be sure to stop in their lobby bar for live music, drinks, and excellent people watching.