Just over a year after Pepper Lunch made its Canadian debut in Richmond, the popular “fast steak” import from Japan will be serving up their sizzling dishes at a new location near Olympic Village in Vancouver soon.

What is the Pepper Lunch menu? Well, it’s a very hands-on, affordable, fun, and family-friendly way to eat. The counter-service eatery has customers ordering their desired meat and/or veggie with brown or white rice or pasta, then heading to their tables. Then their “sizzle plates” are brought over, and diners finish up the cooking to taste–a little longer for more well-done steak, for example, or send the mid-rare slices to rest on the veggies to keep it warm while you get eating. If you need a hand sizzling or mixing, the staff will help out. 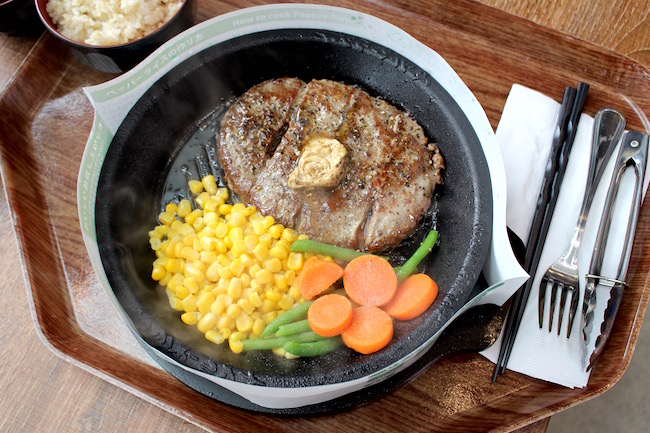 Fun add-ons include an egg (because, hello, egg!), cheese, mashed potato, or curry sauce, or on some you can order “extra” meat. All the beef is 100% Canadian certified Angus, and among the options are Kobe Burger, ribeye steak, New York Steak, or the “Pepper Burger.” They also have pork, chicken, salmon, seafood, and veggie options. There are a lot of choices, and you can easily enjoy a full meal for under $10 (or splurge and get the Filet Mignon for $30.95).

Drinks are all non-alcoholic, and dessert options include cheesecake or Mochi ice cream in several tempting flavours.

Pepper Lunch on Cambie will be open daily from 11 a.m. to 10 p.m. and will have their official launch on Tuesday, April 12, though they do hope to be opening their doors quietly on Friday or Saturday for a soft launch phase.

Check out more photos from our exclusive first look inside the new Pepper Lunch on Cambie: 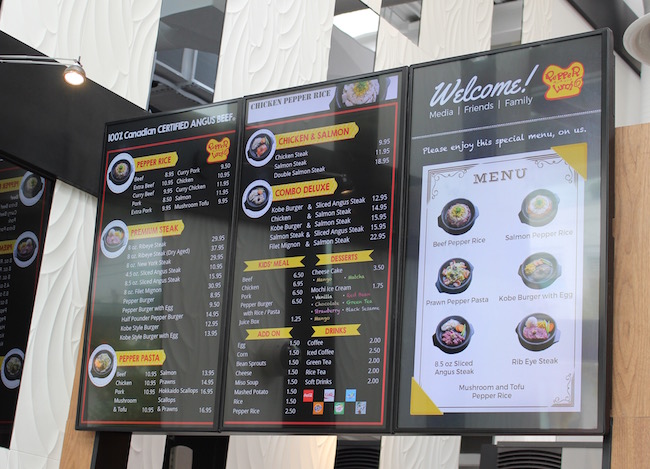 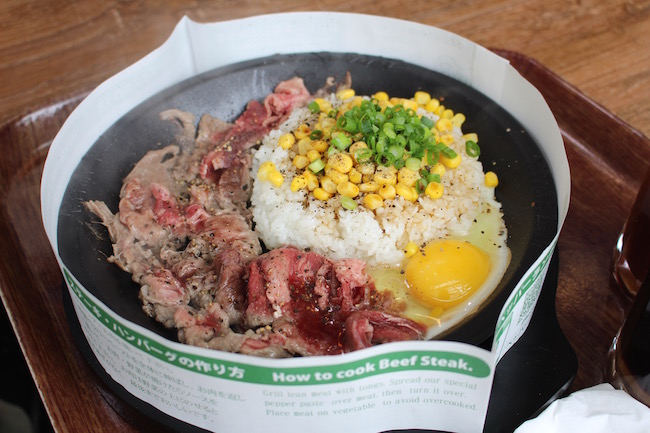 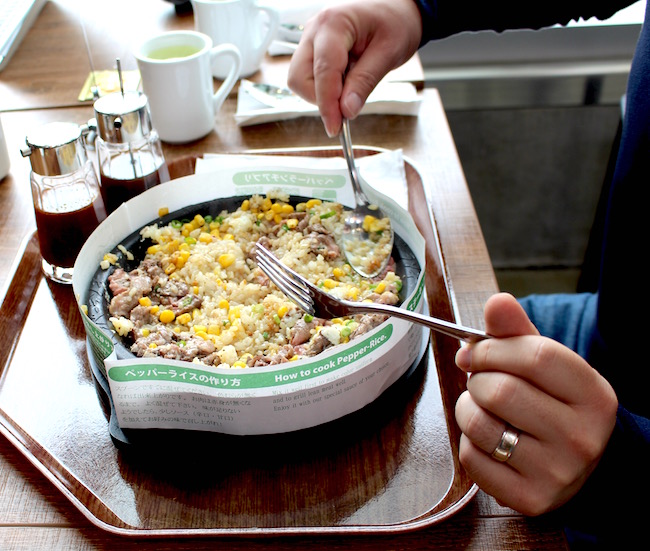 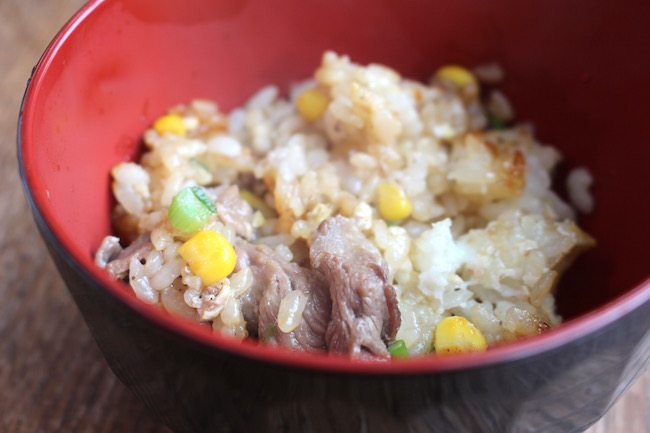 All mixed up! (Lindsay William-Ross/Vancity Buzz) 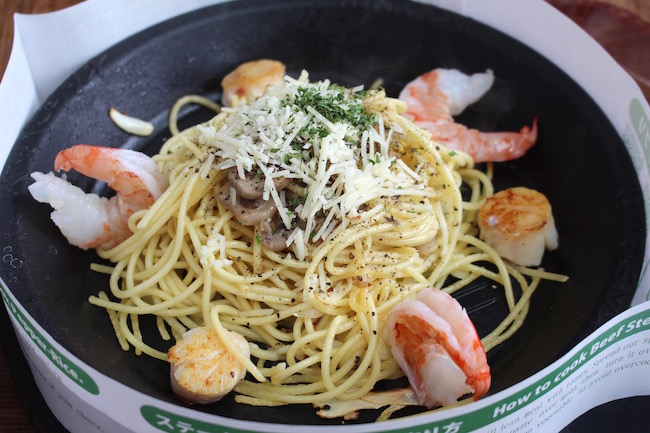 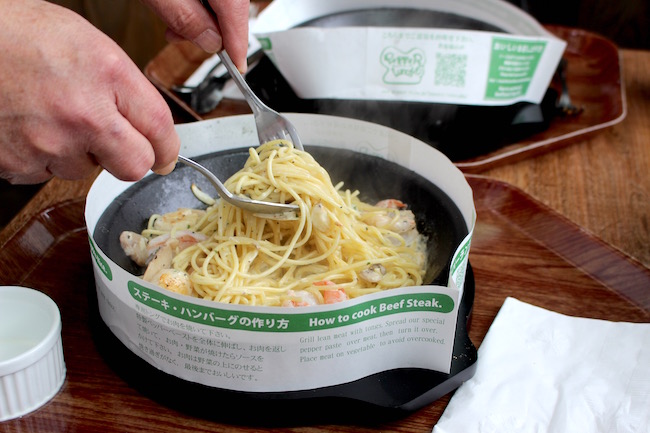 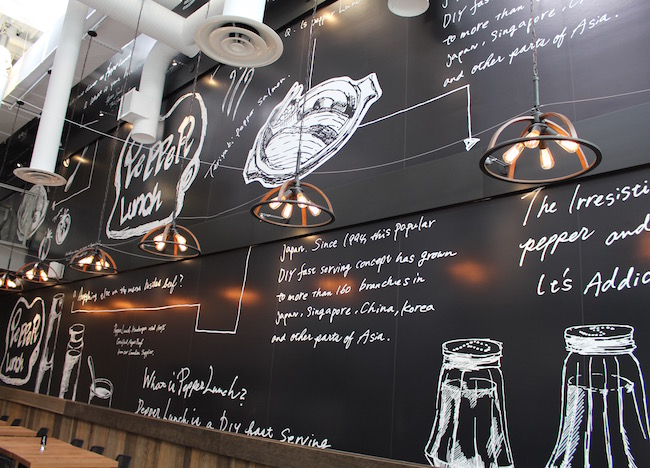 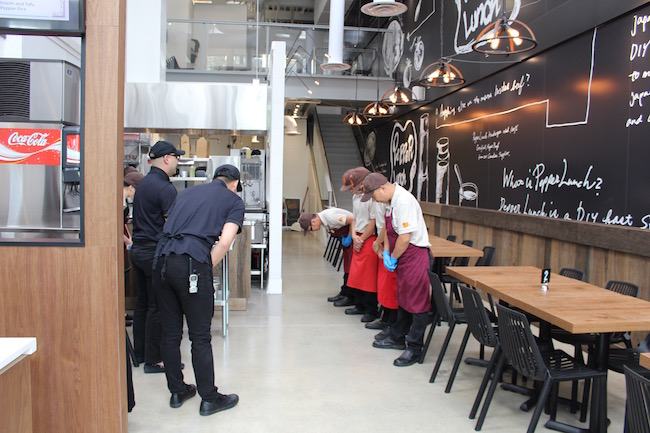 Staff gather, per custom, before each service (Lindsay William-Ross/Vancity Buzz) 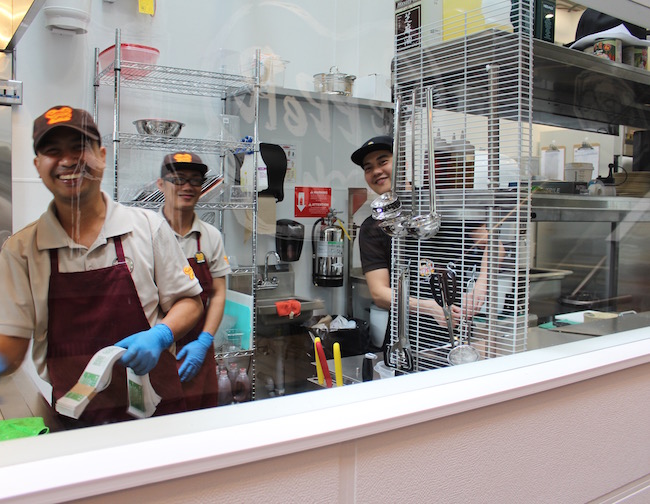 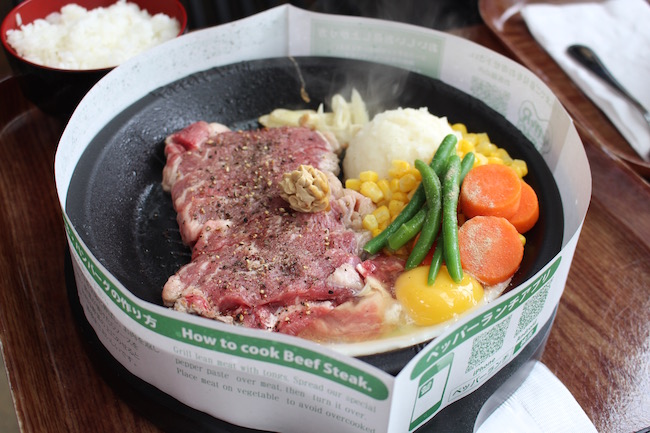 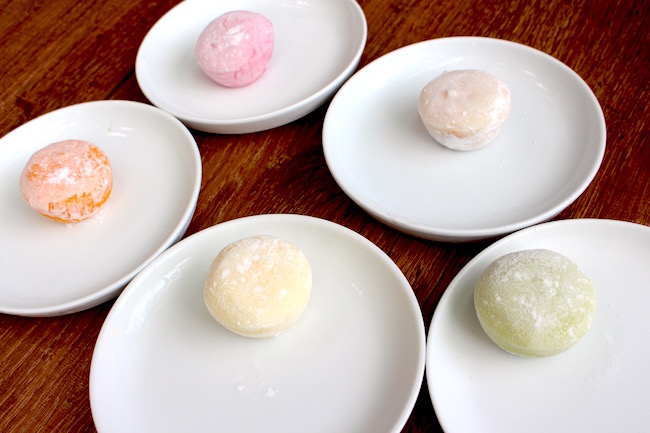