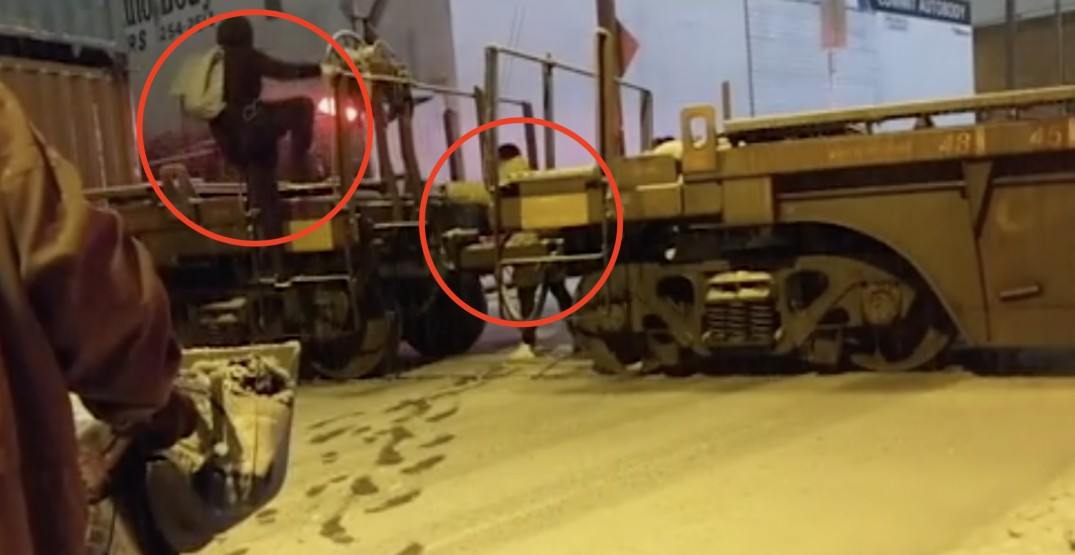 There are some things that you should refrain from doing for your personal safety, and hopping over railroad tracks while a train is crossing is one of them.

A video posted on Reddit shows a group of pedestrians doing the exact opposite as they casually climb over a train as it passes over a railroad crossing in East Vancouver.

The railroad crossing is located at Union Street, between Comitt Autobody & Repair and La Casa Gelato.

If it isn’t already obvious, this is dangerous and can result in serious injuries.

Comments on the Reddit post provided some examples of all the things that could have gone horribly wrong:

Daily Hive has reached out to CN Rail for further comment.