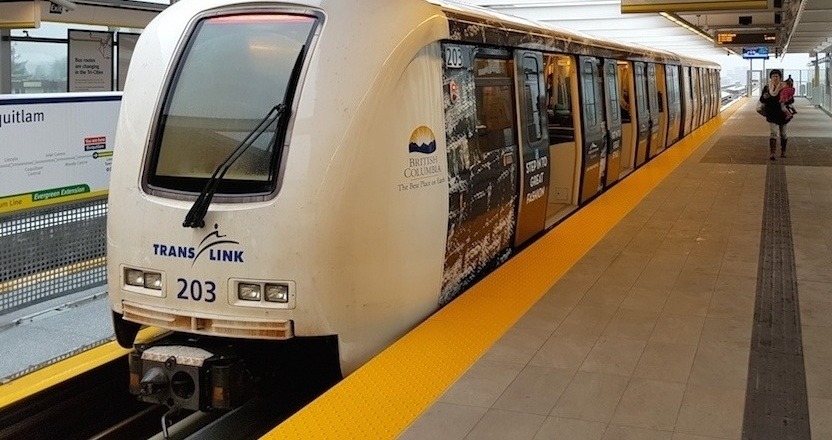 Transit Police are sending out a stern message to passengers to not behave mischievously and dangerously while riding SkyTrain, specifically riding outside of the trains.

According to a release, just after midnight on Thursday, December 9, a SkyTrain attendant caught a Chilliwack man who was celebrating his 20th birthday by riding on the coupler head of  a train. Transit Police responded to the incident and detained a slightly intoxicated man at 22nd Street Station for his behaviour.

The man received a violation ticket of $115.00 for riding outside of the train and a fare infraction notice of $173.00 for evading transit fares.

This follows a similar incident just days earlier on Sunday, December 4 at approximately 1:20 am when a SkyTrain attendant reported to Transit Police that two male teenagers were seen riding outside a train just beyond Stadium-Chinatown Station.

The teenagers, identified as a 13-year-old Vancouver resident and a 14-year-old Coquitlam resident, were not issued any tickets for their behaviour. Instead, their parents were called in to take them home and they “expressed their gratitude for the actions of the officers”.

“Riding on the outside of the train is an extremely dangerous practice which could lead to serious injury or death,” reads a release by police. “It also causes an inconvenience to other passengers as it can lead to a guideway intrusion alarm, which causes delays.”

Anyone who witnesses someone riding on the outside of a train car is asked to contact Transit Police immediately by texting 87 77 77.