Joseph Preece has dreamed of owning an electric car since he was just 13 years old, and now he’s waiting in line to own one. 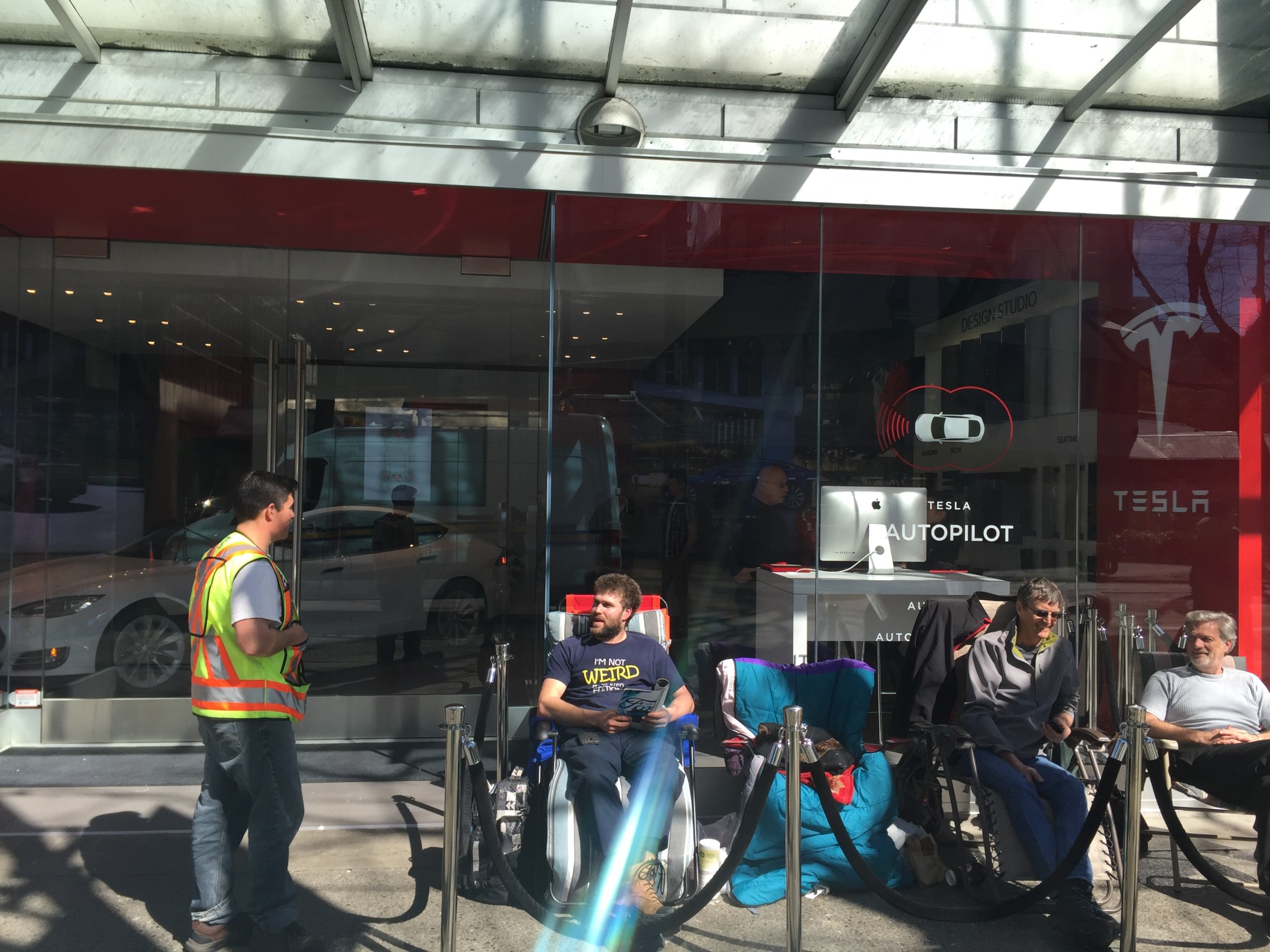 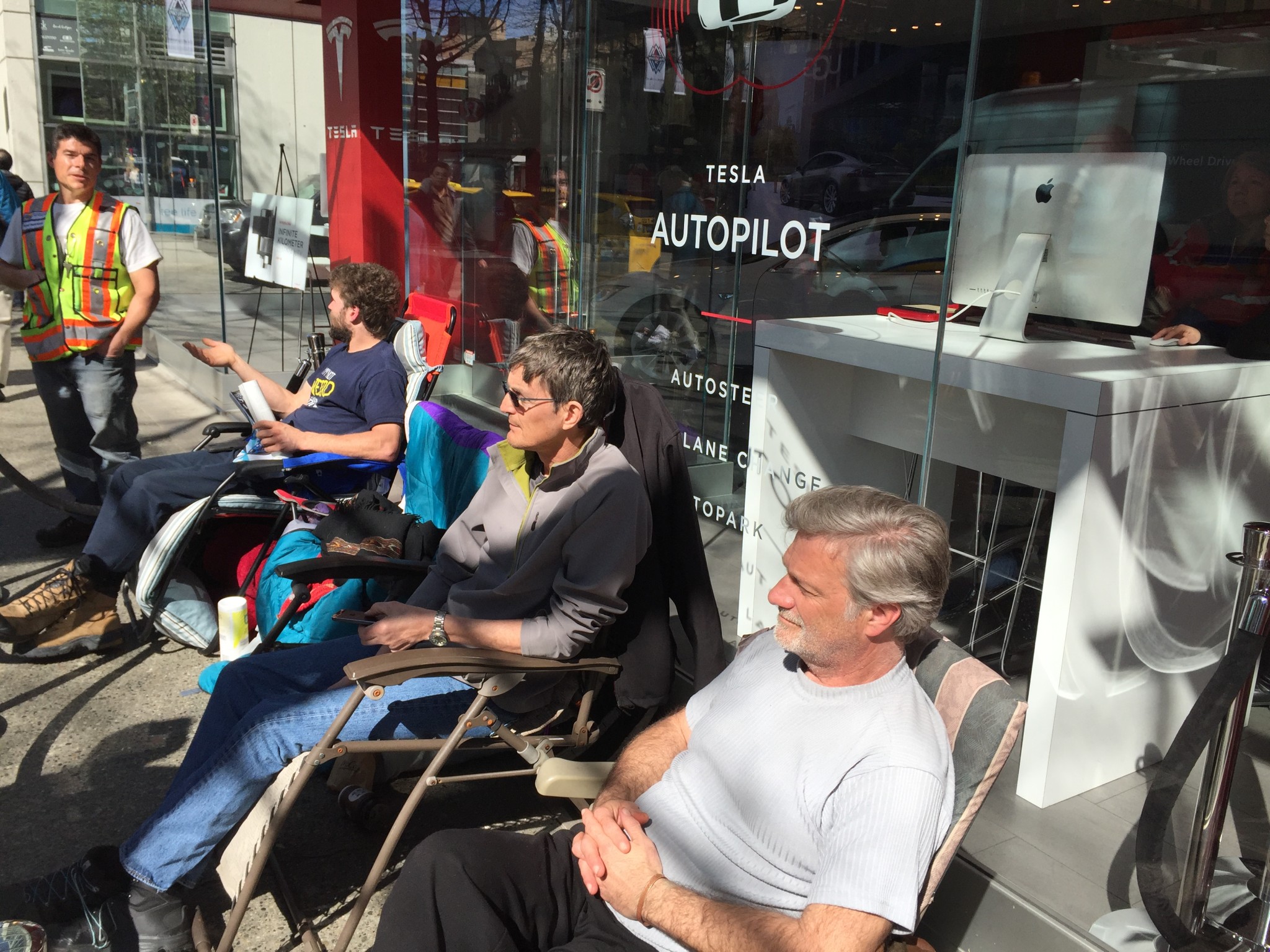 Preece has been waiting in line for more than 24 hours, and while that might seem excessive to some people, he says he didn’t want to risk the perils of online registration.

“If, for some reason, 100,000 people sign up – which I believe isn’t an out-of-the-ballpark number – and I’m at the back of that, and they decide to produce 50,000 vehicles a year, then I’ll have to wait two years,” he says. “Instead I’m waiting three days to be at the front of the line and I will get one from the first B.C. shipment.”

The Model 3 will cost around $45,000 Canadian and pre-registering customers are obligated to put down at least $1,000. Vehicle production begins at the start of 2017 and Preece hopes his car will arrive at the end of that year.

Tesla fever isn’t only limited to Vancouver. Customers have also started lining up in Sydney, Australia, according to Mashable.

By 9:20 a.m. Thursday morning, the lineup had gone around the block, past Hotel Vancouver. 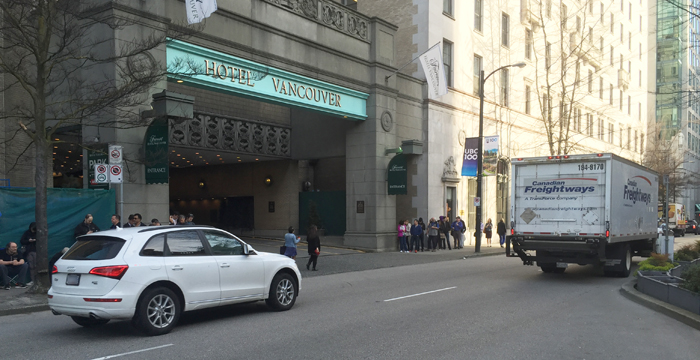