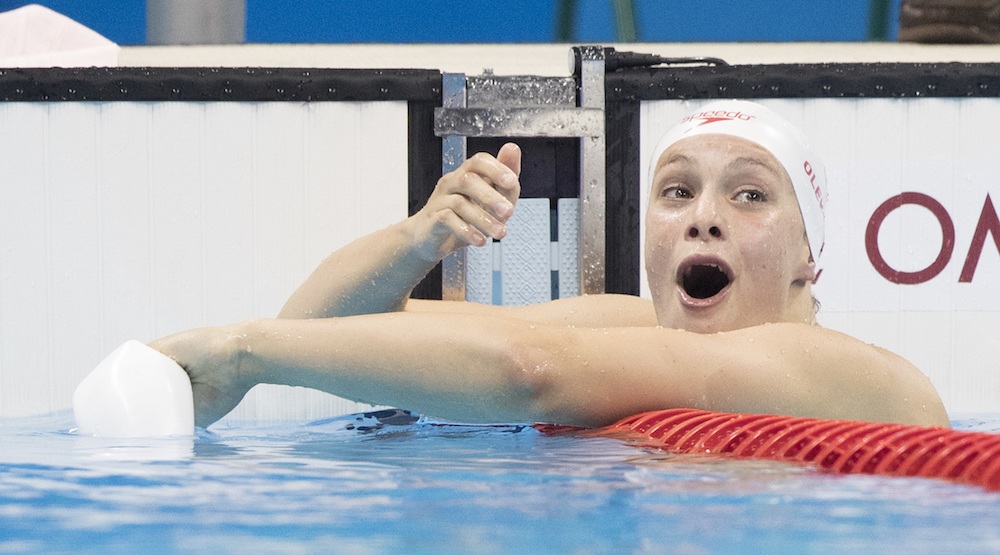 Penny Oleksiak has a chance to make history tonight in Tokyo.

She’s only 21 years old, but the Toronto swimmer could set a new Canadian Olympic record in the women’s 200-metre freestyle final. Oleksiak, who won four medals at Rio 2016, added a fifth medal in Tokyo when she anchored the 4×100-metre relay team to a silver medal.

That tied the all-time Canadian record for most medals at the Summer Olympics. If she reaches the podium tonight, she will stand alone in the record books.

Oleksiak posted the sixth-fastest time in the semifinals, and will need a better showing tonight to add another medal around her neck. If there’s one thing we know about Oleksiak at this point, it’s that the stage won’t be too big for her.

“I love stepping up to the occasion. Being able to step up on the world stage when everyone is watching is very exciting,” Oleksiak told CBC. “I love how everyone is always so positive. It’s just awesome to be a part of Team Canada.”