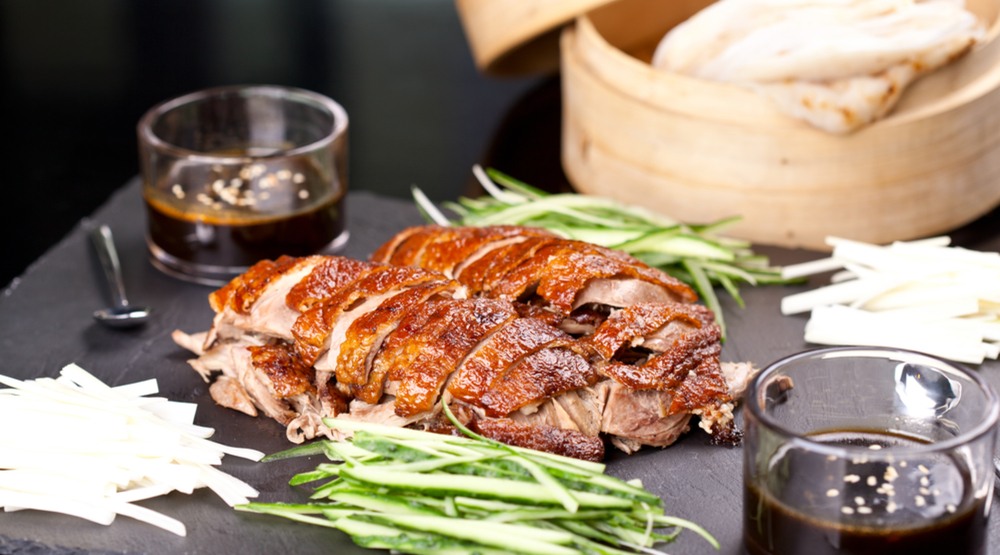 Peking Duck can be traced back over 700 years, proving this dish truly never gets old.

Rooted in the Yuan Dynasty (1271 to 1368), Peking Duck is a meal with royal lineage, as it has been a staple for the elite and ruling class for centuries. In modern day it is considered a national symbol of China and it’s enjoyed by people from all walks of life on a regular basis and during holidays such as Chinese New Year.

Peking Duck is thin, crisp skin with very little meat attached. Traditionally the skin is sliced in front of diners. Peking ducks have been specially bred and raised for 65 days before being slaughtered and roasted whole upside down in an oven.

People like to enjoy Peking Duck with Mandarin pancakes – which are thinner than traditional breakfast pancakes – along with sweet bean sauce, scallions, and cucumber slices. 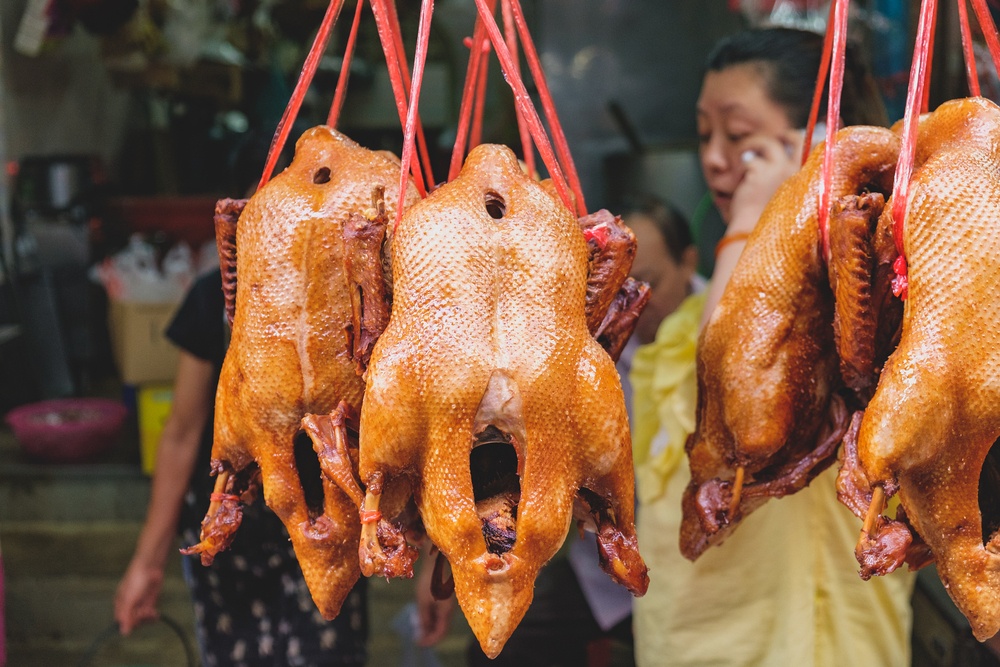 Other names for this dish are Beijing Duck or Chinese Roast Duck – whatever you call it, it’s seriously popular and beloved by people all over the globe.

Just like present-day hip hop artists rap about Hennessey, poets of old sensationalized Peking Duck in their poetry, marking its significant influence on culinary culture through the times. To this day the dish is so loved that to celebrate its 150th anniversary in 2014 a mega-chain restaurant in China, Quanjude, unveiled their very own Peking Duck Museum dedicated to this signature dish.

While Quanjude has dozens of restaurants around the world, there are no locations in Vancouver, but there are still many places here where you can get the traditional Chinese delicacy.

Here are 15 places to get Peking duck in YVR.

Where to get it