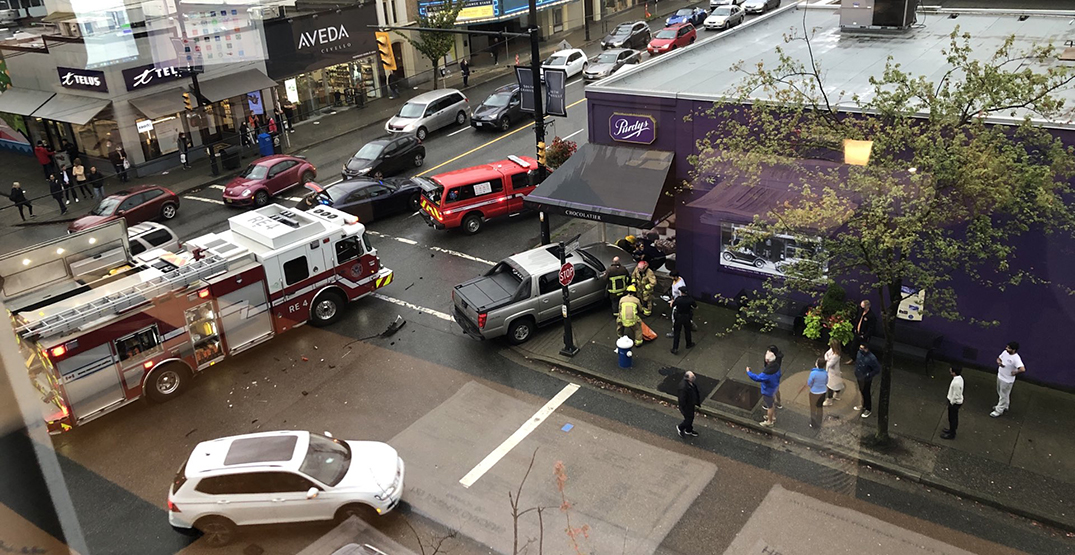 A rush-hour crash Friday afternoon sent a pedestrian through a store window on Granville Street.

Two cars collided near Granville and 11th around 4 pm, and one of the cars went on to hit someone who was walking, throwing the pedestrian through the window of Purdy’s Chocolatier on the corner. 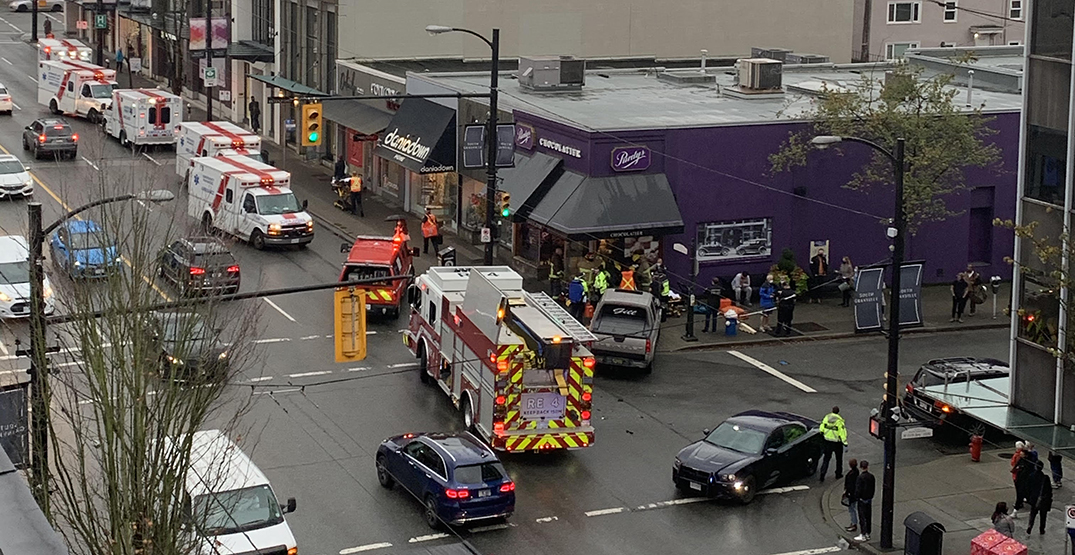 The Vancouver firefighter’s union tweeted that the victim was transported to hospital and is in “stable” condition.

Crews from No. 4 Firehall along with @APBC873 @BC_EHS @VancouverPD responded to a 2 vehicle accident with a pedestrian struck & thrown through the window of a Purdy’s store. Amazingly victim transported in stable condition. https://t.co/XydpbQdHlY

Cpl. Tania Visintin with the Vancouver Police Department added the driver stayed at the scene and is cooperating with police.

Photos from the scene showed a silver pickup truck that mounted the curb during the collision, and a firetruck nearby. At least four ambulances were also parked up the street.

⁦⁦@AM730Traffic⁩ major accident at the corner of Granville and 11th southbound. Hoping those on the corner will be ok. pic.twitter.com/iBel43z0Fy

Daily Hive has reached out to Purdy’s Chocolatier to ask about damage to the store.