How did it get up there? It’s not an everyday sight to see a peafowl on the rooftop of a 2-storey single-family detached home.

After all, these Turkey-sized birds known for their elongated feathers weigh as much as six kilograms but truth be told, peafowls can “fly” (and when they do, it looks like they are jumping by using their wings as a boost) for very short distances such as up trees to escape predators or to roost for the night.

These photos were captured by Ray Mueller while he was passing by a Surrey neighbourhood and saw a line of peafowls crossing the road. Speaking to The Province, he and his wife stopped their car near the intersection of 150th Street and 62nd Avenue to take photos of the colourful peafowl in the area.

It is unclear where the birds came from, although there have been previous reported sightings of numerous peafowls in Surrey. 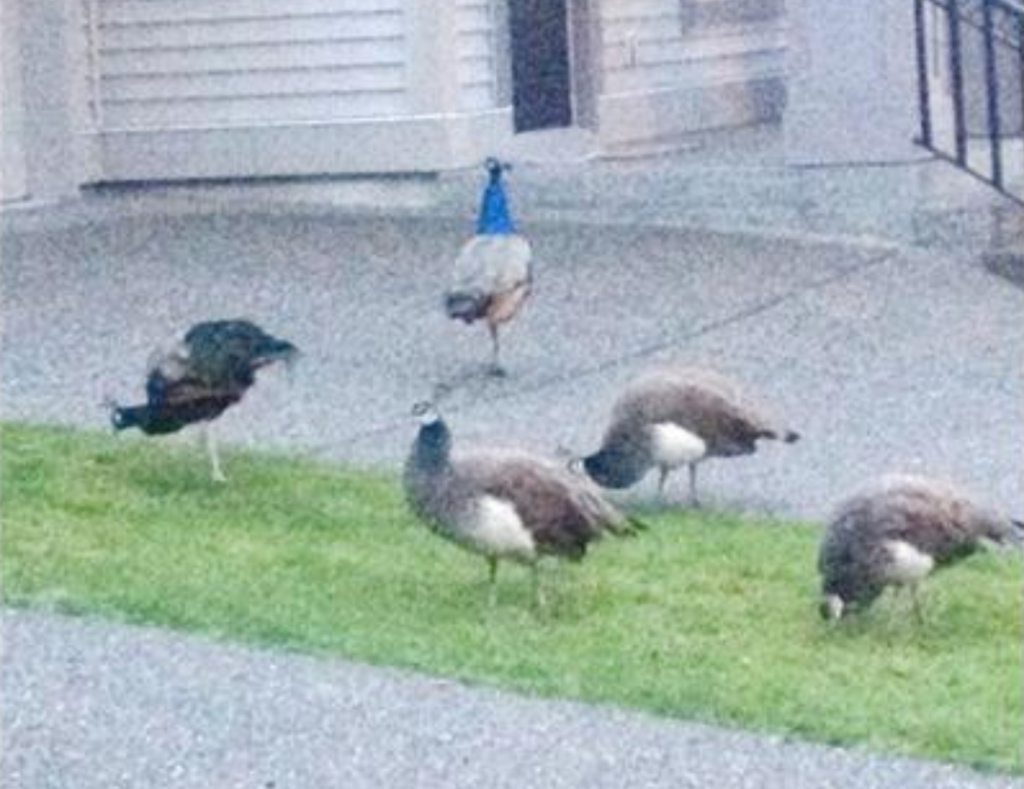 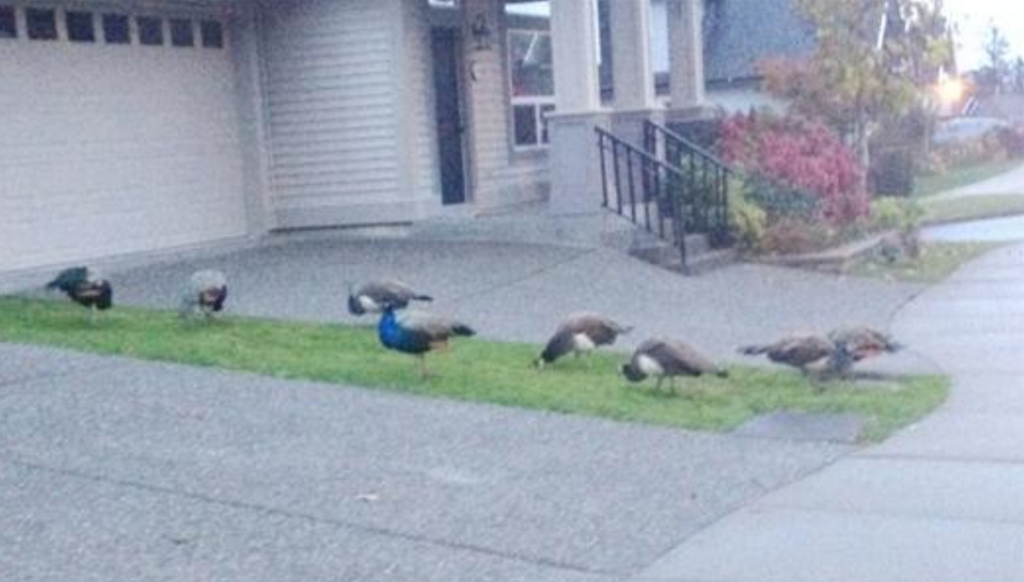 Images: Ray Mueller via The Province