Known for their Beef Roll, housemade noodles, and dim sum delights, Peaceful Restaurant is adding a fourth location to their roster, opening up this spring at Dunsmuir and Seymour in downtown Vancouver.

Taking over the space vacated by Utopia restaurant, Peaceful’s signage has gone up and indicates they plan on opening in early May.

HOOMAN! En route to the Philippines via #YVR spaceport! I always stop for #BeefRolls at this spot featured on Diners, Drive-ins and Dives! Check out the blog for more killer wraps! #LuFeeDoesVancouver #EatVancouver #FoodTrip

The restaurant, which was featured on TV’s “Diners, Drive-Ins and Dives,” specializes in Northern Chinese fare. They have locations at West Broadway and Cambie, East 5th Avenue and Quebec Street, and West 4th Avenue and Balsam Street. 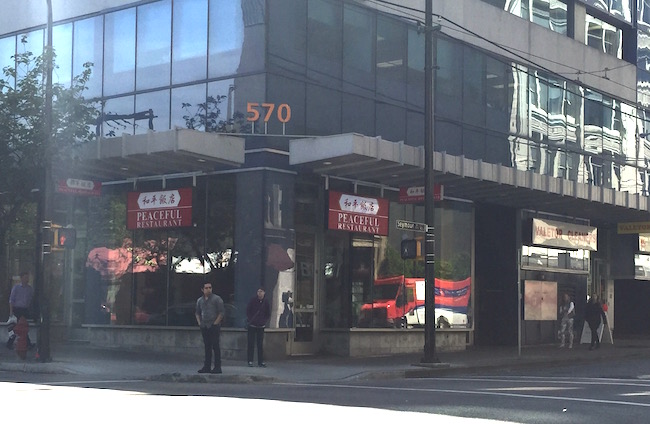