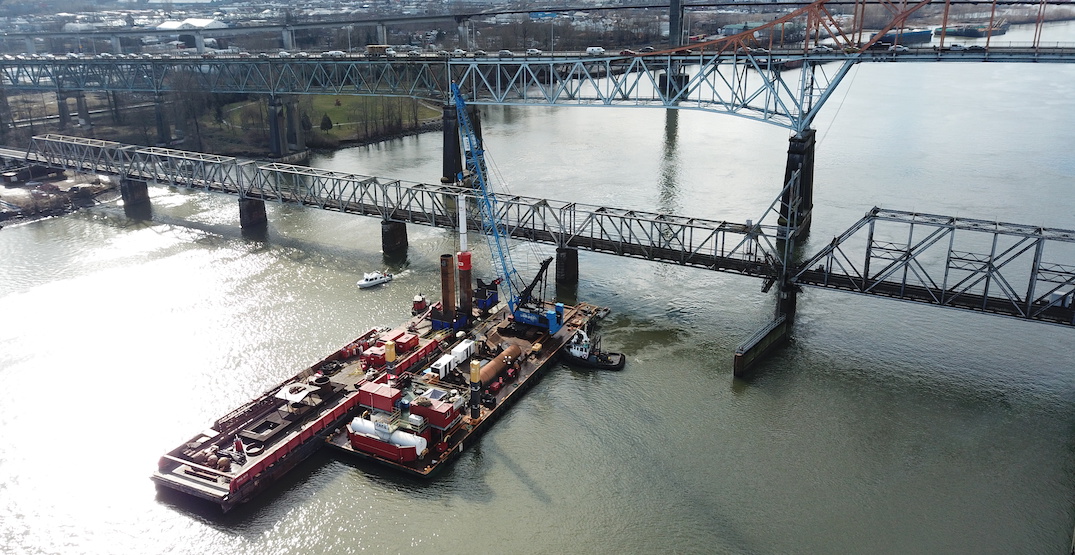 February 2021 construction progress of the new Pattullo Bridge. (Government of BC)

The new replacement Pattullo Bridge project officially entered into its construction phase earlier this year, but the completion date for the project has been pushed later.

In a bulletin today updating construction progress, the provincial government said the timeline has been adjusted, with the opening now slated for 2024 instead of late 2023.

“On-site investigative work and permitting processes have taken longer than anticipated due to the complexities of the project and challenges presented by the COVID-19 pandemic,” reads the bulletin.

“The project team is reviewing options to mitigate the delay and have the bridge open as early as possible.”

This prolongs the life of the existing 1937-built seismically unstable bridge; previous TransLink studies indicated the rate of the structure’s decay demanded a replacement no later than 2023. The issues are so severe that seismic and wind sensors and a bridge closure system were installed in early 2020.

In February 2021, contractors began preliminary in-river work by installing the first piles that will form the foundation of the bridge tower. This foundation work is now temporarily paused to protect fish and habitat, following Fisheries and Oceans Canada regulations. In-river foundation work is expected to open again in Summer 2021. 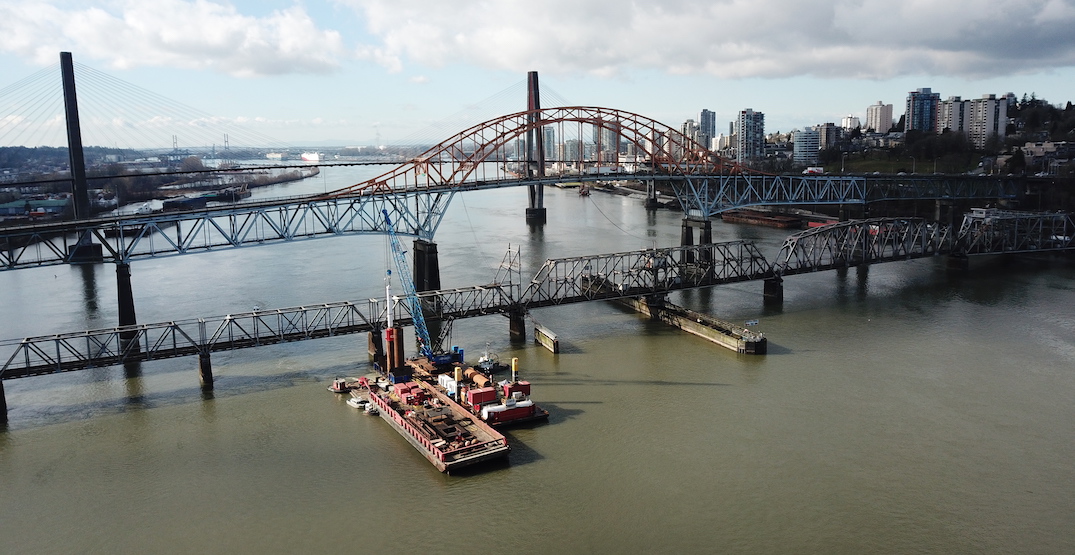 February 2021 construction progress of the new Pattullo Bridge. (Government of BC)

This spring, major construction activities will begin, specifically with the on-land bridge foundations in New Westminster and Surrey.

The new bridge will be roughly 100 metres north and upstream of the existing bridge, on the other side of the existing railway swing bridge. It will have four wider travel lanes for vehicles — with a concrete barrier separating travel directions — and pathways for pedestrians and cyclists on both sides of the bridge. Suicide prevention fencing will be built into the structure.

The existing roadway network connections on either end of the bridge will be improved for the new crossing.

The main bridge span will be 330 metres in length, supported by a single 170-metre-tall suspension tower.

The project’s total construction cost is $1.38 billion, with $968 million going towards the design-build contractor, Fraser Crossing Partners — a consortium of engineering giants ACCIONA and AECON. The provincial government is funding the project, which it will own upon completion, after it made a decision in 2018 to take over the project to allow TransLink to focus on its public transit expansion.