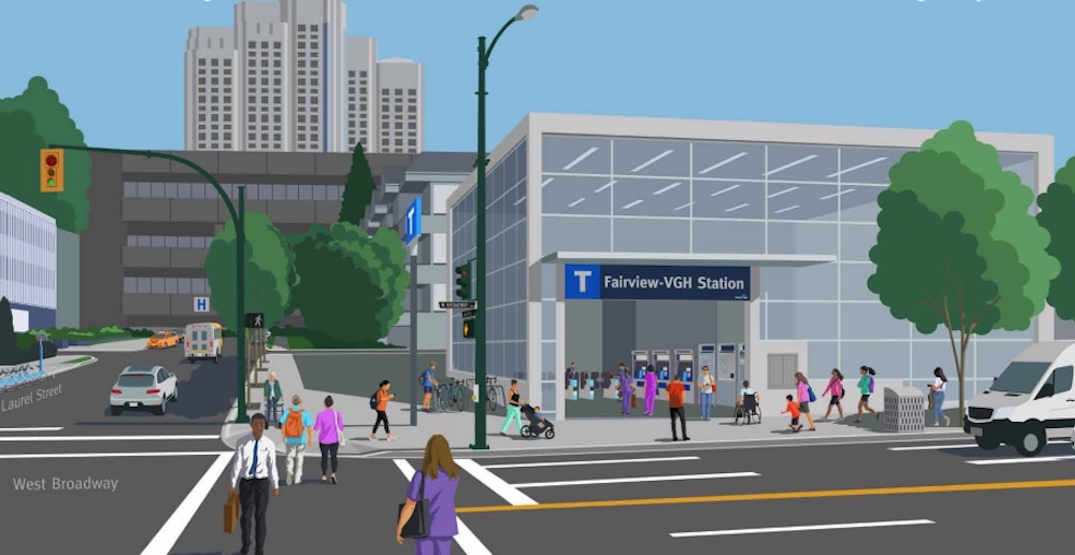 Despite the worsening COVID-19 pandemic, the provincial government believes two of its largest transportation infrastructure projects worth a combined $4.2 billion are still on schedule.

In an email to Daily Hive, BC Ministry of Transportation states the project timelines for both the new $1.4-billion Pattullo Bridge and the $2.8-billion SkyTrain Millennium Line Broadway Extension to Arbutus Street are on target for a completion in 2023 and 2025, respectively.

Multi-billion dollar emergency expenditures to combat the coronavirus and reduce its profound economic impacts, coupled with likelihood of significantly lower tax revenue, have not impacted the projects at this time.

The provincial government selected a main contractor for the Pattullo Bridge in January, and it is still slated to finalize a proponent for the SkyTrain project sometime this summer.

According to their timelines, both projects are expected to commence major construction by the end of 2020.

Currently, most forms of construction, especially public projects, are included in the provincial government’s list of essential businesses and services that can continue to operate during the pandemic, as long as proper health and safety measures are taken.

Factors such as the duration and severity of the pandemic in BC and elsewhere in the world, and whether the pandemic will return in waves until a vaccine is ready, could dictate timelines.

“The ministry and contractors are committed to working together to mitigate any possible schedule delays arising from the fast-evolving COVID-19 situation,” reads the email.

“We are working to ensure measures to prevent the spread of the virus are in place on our construction sites, including social distancing and hand hygiene to best meet the direction of the provincial health officer… We are all in this together. Everyone has a role to play to flatten the curve and help protect the people we love, while we advance important work for the provincial economy and transportation network.”

However, other major infrastructural projects in the province have stalled as a direct impact of the worsening crisis.

Vancouver International Airport has temporarily suspended construction of all airport improvement projects, including the parkade expansion, new geoexchange and central utilities building, and the major Pier D expansion of the international terminal building.

The terminal building expansion — adding eight new gates and new retail, food, and amenities — was to reach completion in June 2020. That is no longer the case, with construction before the pandemic supporting 2,000 jobs on-site and another 2,000 jobs off-site.

Over in the BC interior, the Coastal GasLink project has reduced its construction worker numbers from 1,200 in February to about 400 by the end of last week. To prevent the spread of COVID-19, it now has smaller groups of crews working along the 670-km-long pipeline route, and has workers who are considered non-essential to working on-site work from home instead.

Separately, LNG Canada states it has reduced its workforce in Kitimat, where the Coastal GasLink pipeline will end, by 65%. Additionally, the number of workers staying in workforce accommodations has been reduced from about 1,800 to 590.

Construction work on BC Hydro’s Site C hydroelectric dam is also temporarily decelerating as a result of the pandemic. The electric utility has already removed 700 workers from the camp. Currently, there are 851 people in the work camp, and 10 people are in self-isolation at the camp after experiencing some flu-like symptoms.

All three energy projects have also enacted various health and safety measures for construction activities, crew transportation, and the common areas of the camps.