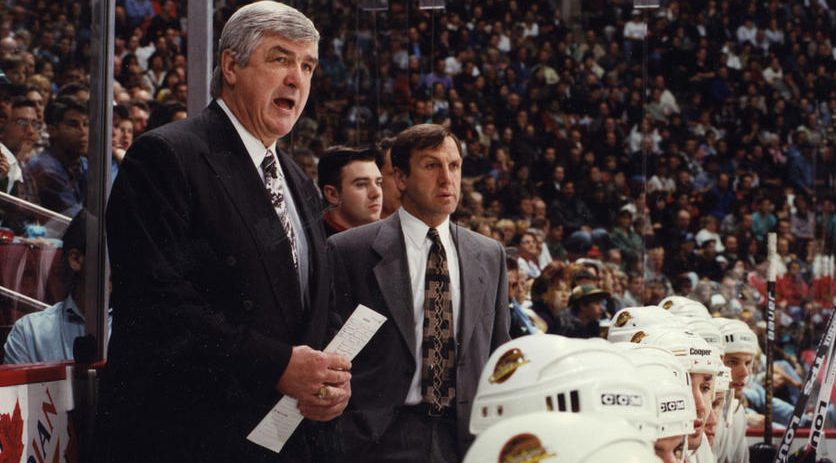 The late Pat Quinn, along with three others, will be inducted into the Hockey Hall of Fame, it was announced on Monday.

Quinn, who passed away in November of 2014, will be honoured in the builder’s category.

Other inductees in the 2016 class include Eric Lindros, Sergei Makarov, and Rogie Vachon.

Quinn is a well deserving selection. With the Canucks, Quinn oversaw one of the most successful periods of hockey in franchise history. He coached his team to Game 7 of the Stanley Cup Final in 1994 and won two division titles in 1992 and 1993. As a GM, he drafted players like Pavel Bure, Trevor Linden, and Mattias Ohlund. He won the Jack Adams Award as Coach of the Year in 1992 with the Canucks as well as in 1980 when he coached the Philadelphia Flyers.

Quinn was also a member of the expansion-era Canucks as a player, and served as president of the organization from 1987-1997. He was inducted into the Canucks Ring of Honour in 2014.

Sergei Makarov was part of the famed KLM line in Russia with former Canucks Igor Larionov and Vladimir Krutov. He transitioned to the NHL in 1989, having a great deal of success with the Calgary Flames. His most successful NHL season was his first, when he scored 86 points (24-62-86) in 80 games.

Quinn, Lindros, Makarov, and Vachon will be honoured at the Hall of Fame gala in Toronto in November.