For the second time in 12 months, bullets rang out in the heart of one of the most visited cities in the world.

The focal point of Friday night’s assault in Paris was a popular music venue in the city’s alternative bar and nightlife district to the north east of Notre-Dame. The night’s headlining act, Californian indie rock band Eagles of Death Metal, made it out safe but lost their touring merchandise clerk, Nick Alexander.

While that show was going on, on the other end of the city just beyond Paris’s official borders, someone detonated explosives in the vicinity of a packed stadium that counted French President François Hollande among its guests. And as the French national football team faced off in a friendly bout against their German rivals, ordinary people congregated in the typically cozy bars and cafés that dot the rues and avenues of Paris to watch Les Bleus take a two-point lead.

Along with the Bataclan, three of these gathering spaces would simultaneously become the site of the worst bloodshed within city borders since the German occupation. And it all took place, according to eyewitnesses, without a word of warning, an intimation of threat, from the half a dozen or so men who deliberated over the killings. 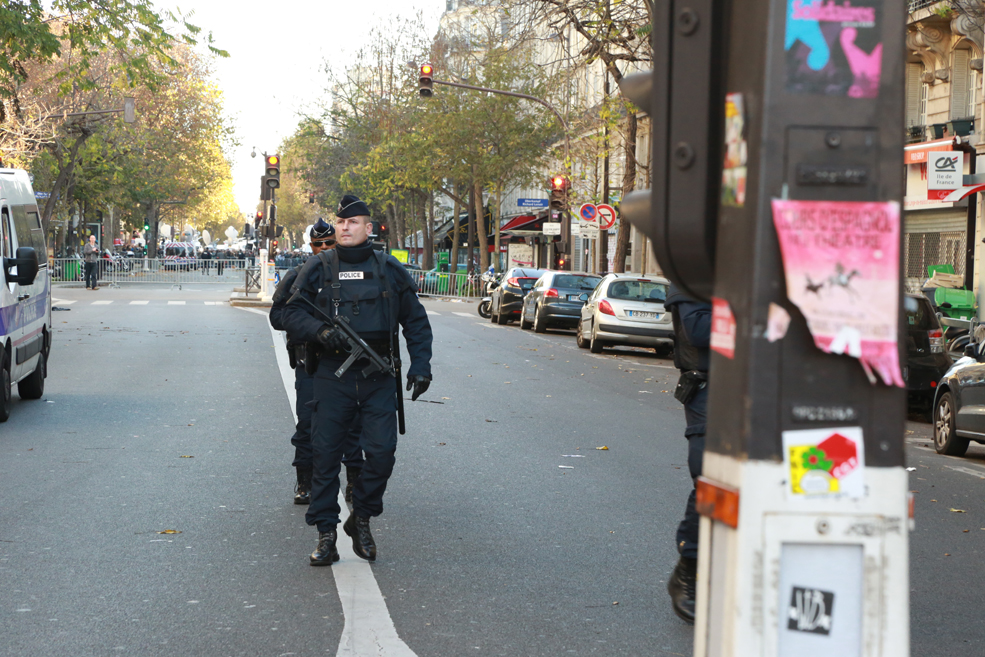 As French society – with the western world looking of its shoulders – continues to come to grips with the unfathomable, motive will be demanded, narrative will be etched out and rationale will be fused out of circumstance like chain link, as the world asks why.

Why implies order. What happened in Paris last weekend was meaningless in precisely the mechanical arbitrariness of the attacks. Why, out of all possible targets, did the killers choose an indie rock concert? Why those public spaces over the other thousands of other bars and cafes in Paris? Why a football stadium in the suburbs where a friendly match between two traditional sports rivals was playing out.

Who is responsible for this insult to the very freedom to convene and have commerce with and among whom we choose, to which these sites pay such mundane tribute?

And above all, why? 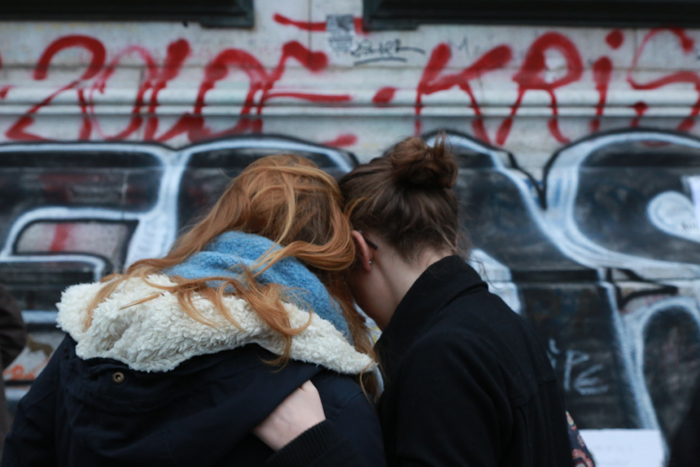 There can be no answer to the emotional desperation that lives in that word; thanks, ironically, to the cold logistics that carried out the killing. This has left leaders, journalists, citizens, observers, tweeters, and the scores of people who sent me messages on Facebook and WhatsApp, mouthing the same hollow phrase, “why?”

The attacks of January 11, 2015, though just as viscerally agonizing, were much easier to think through. However misguided, last winter’s attack on Charlie Hebdo had a palpable target, a motive and an end goal: they were, in part, an expression of the tragedy of social and economic isolation faced by thousands of French citizens on the fringes of urban life, parading as the insane vengeance on behalf of a man’s honour who’s been dead for 15 hundred years.

If nothing else, the perpetrators of the Hebdo killings gave us a timeline to work through and a teleology with which to define the contours of an inherently preposterous act. They gave us the intellectual volition to gather at Republic square and formulate words like “Je suis Charlie,” “Liberté du crayon – expression sans question.” Noble sentiments if, for those brief moments after the attacks, raw and unprocessed. 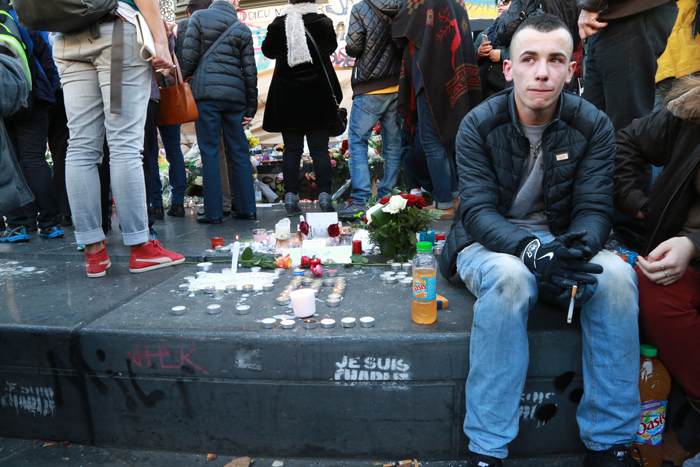 The men who systematically slaughtered over 120 individuals – at once ordinary civilians and ambassadors of the ideals we screamed out almost a year ago – gave us no such gift.

We have no symbolism today to light the passage through Friday night’s black. No Charlie Hebdo to express the communal affront on our sense of liberty and self-determination.

The citizens of Paris, of France and of Europe are now heir to the cold logic of murder that our brothers and sisters have internalized in Syria, Iraq, Afghanistan and wherever else war has become an export commodity. As of now, death may be visited upon our places of gathering and commerce without pattern or foreshadow. 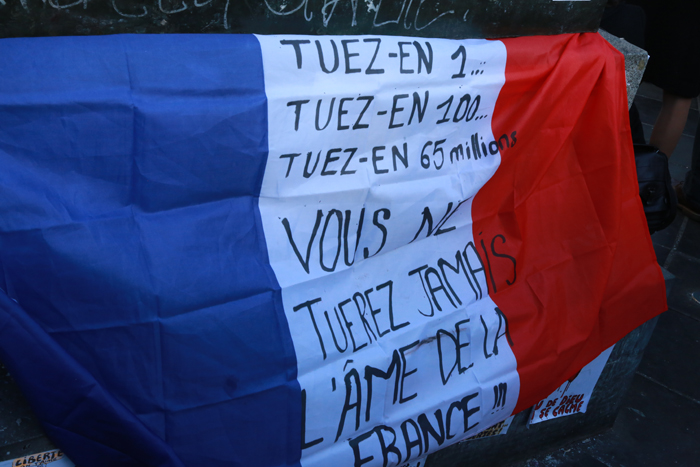 Hate mongers and the disciples of xenophobia will discover in death one more talking point to bolster their selfish cultural protectionism that is the only true anti-culture. We live in a chill and irrational world and any attempt to construct meaning out of void and force shape upon that which lacks pattern may be fatal.

We must instead open our doors with greater fervency to the outcasts of hate, despotism and the religious fetishism for power that rages in both the east and west. 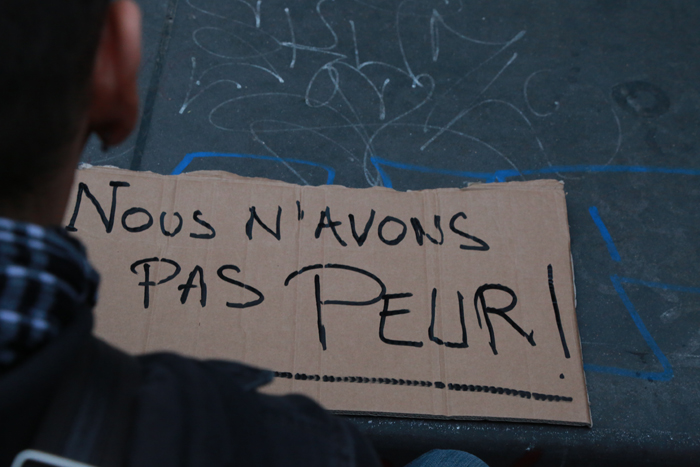 “We are not afraid.”

As of last weekend we are all the Eagles of Death Metal. We are all Alan Kurdi. Nous sommes tous Paris and we are all human.

The city of light has been shuttered. All we can do now is offer our thoughts and beauty to illuminate the darkness wherever it impedes a neighbour’s freedom to pass and self-actualize.

These are the only arms we have left, and beyond that any why is meaningless. 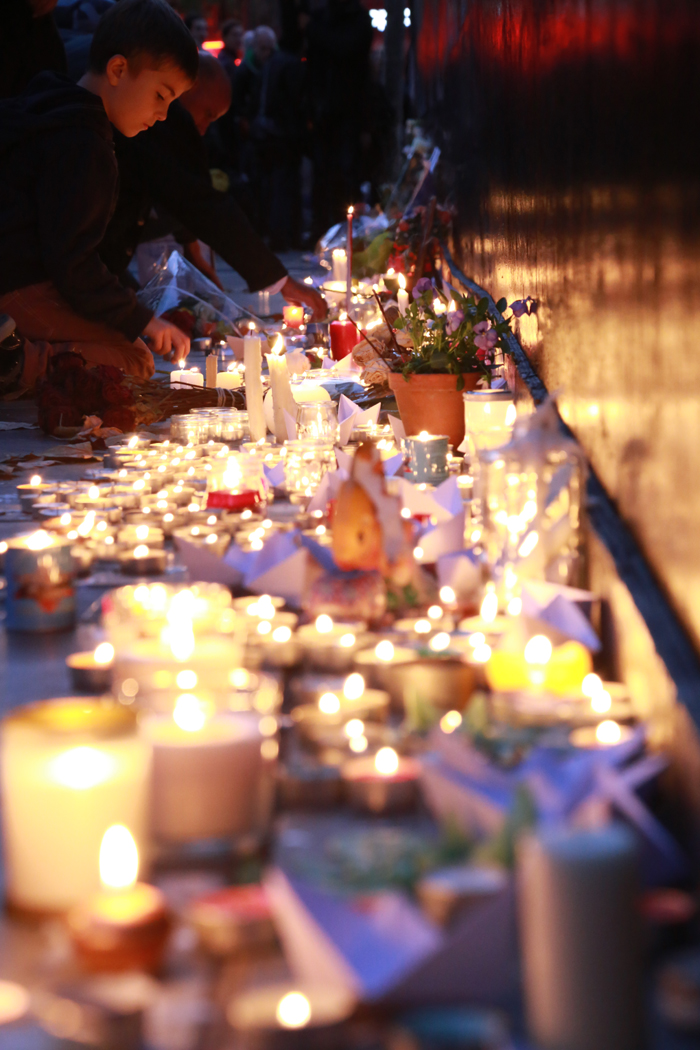 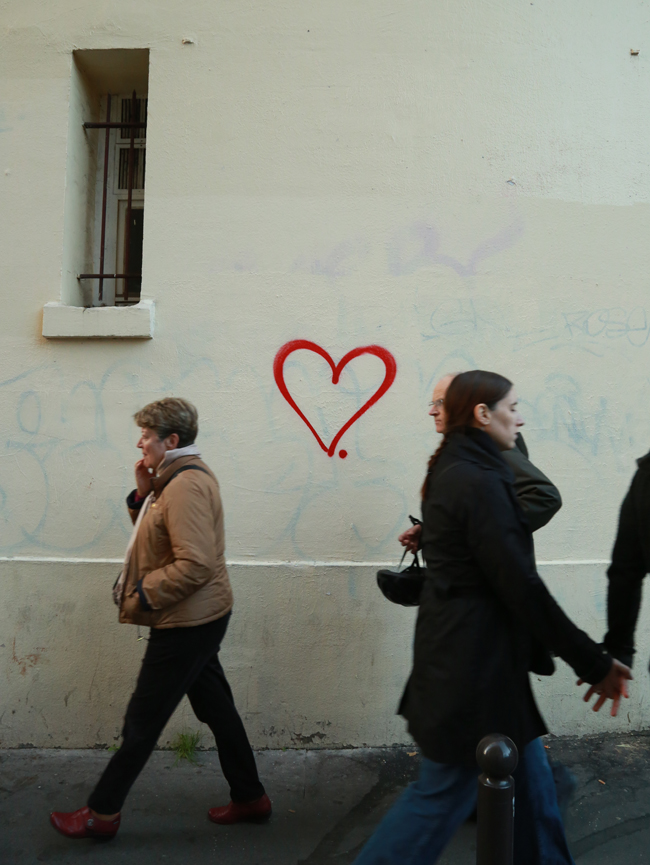