The Parade of Lost Souls is returning for another celebration of the Vancouver community through festival, masquerade, ceremony, art and performance.

As the seasons change, we are reminded of the cycles of life and death that transcend cultures and unify all souls. It is in this spirit that Dusty Flowerpot Cabaret has chosen the Life and Death of Civilizations as the theme for this year’s Parade of Lost Souls! A mad procession of spirits, faeries, animals and lost souls, we recognize the shifting nature of our existence and our place in the animal kingdom, bringing the community together in a unique and participatory experience where the spectator and the spectacle are united. 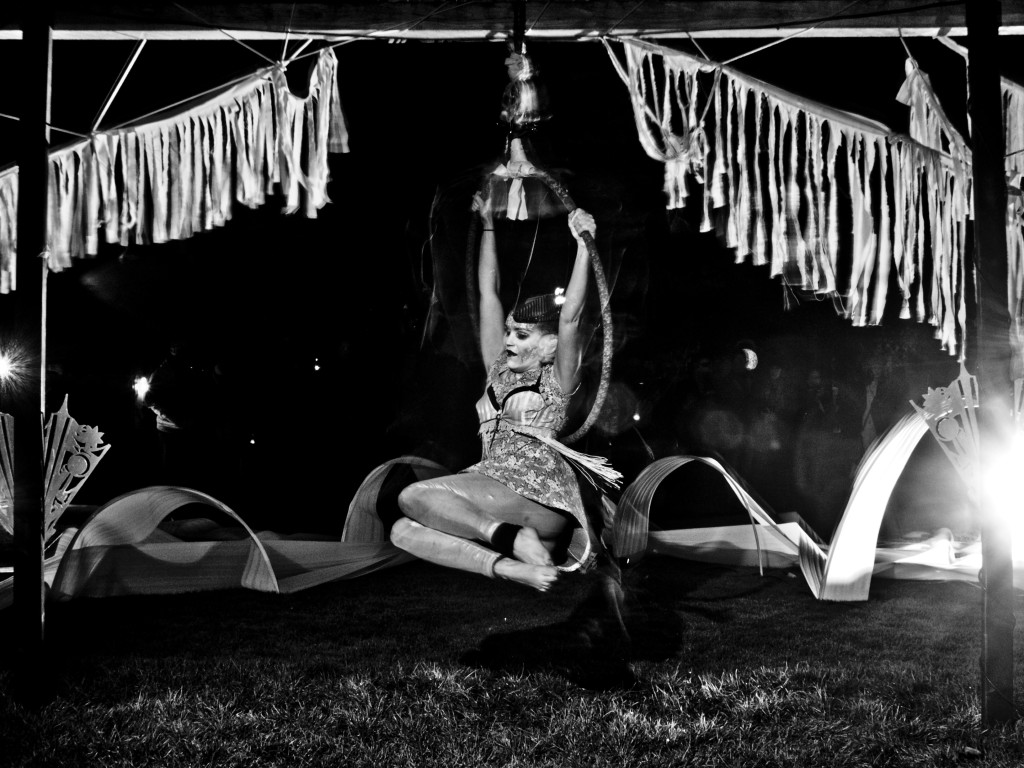 The Parade of Lost Souls will take place Saturday, November 1 from 7 to 10 p.m. As is tradition, the exact location will be announced at the stroke of midnight on All Hallows’ Eve. Join the revelry early and prepare yourself for the parade by participating in one of our many artist-led community workshops in dance, music, art and costuming.

Find workshop descriptions, times, locations and volunteer opportunities on presenting organization The Dusty Flowerpot Cabaret’s website. A Masquerade After Party will follow at Astorino’s Hall on the drive: doors will open at 9 p.m., and music and performance will fill the hall until 2 a.m. 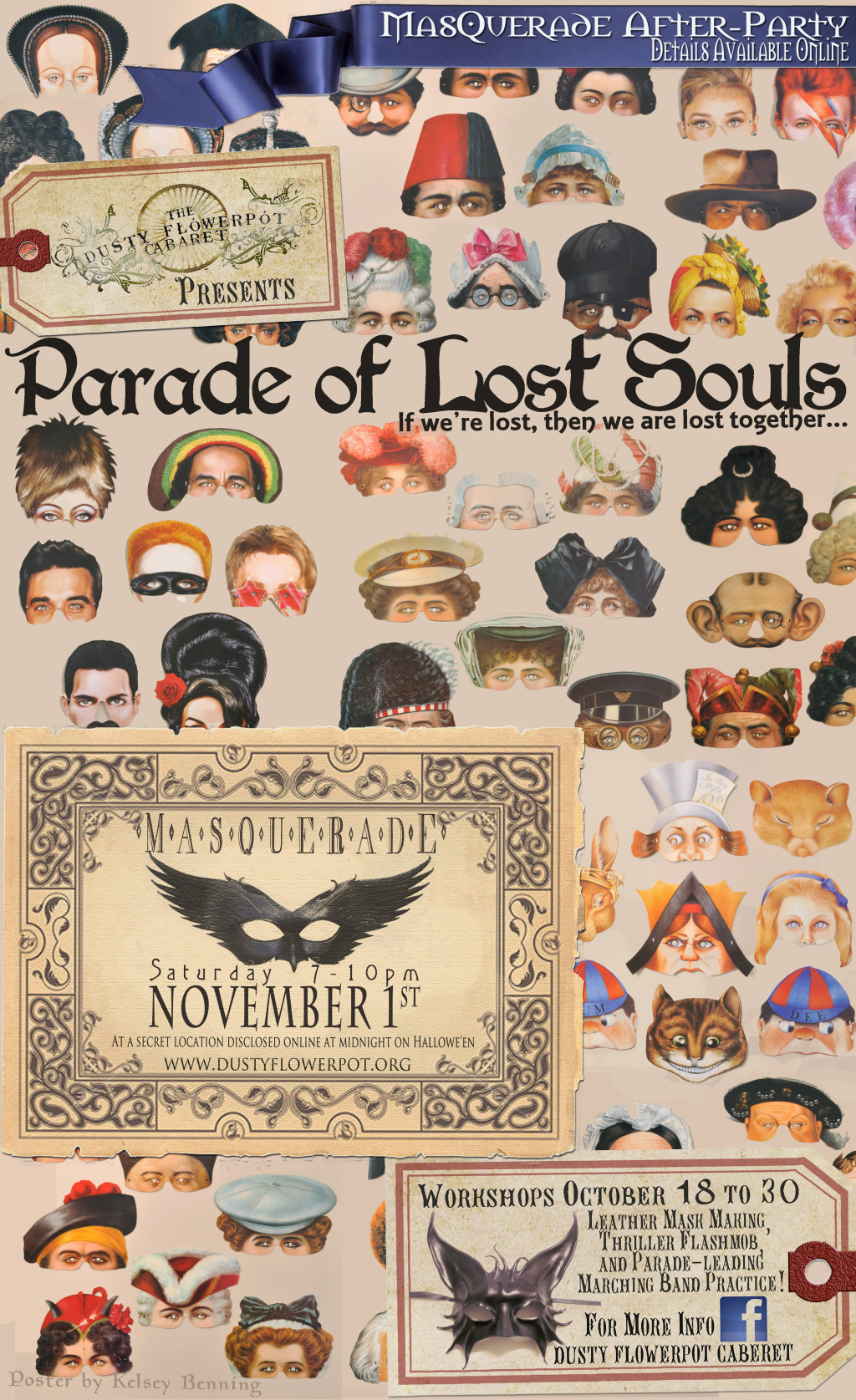 The Parade is produced on a shoestring budget, created and staged by a team of energetic volunteers. Hosting the Parade is our gift to the community, and the event is all of ours to create together. Founded on principles of active participation, its success is reliant on the spectator joining the spectacle.