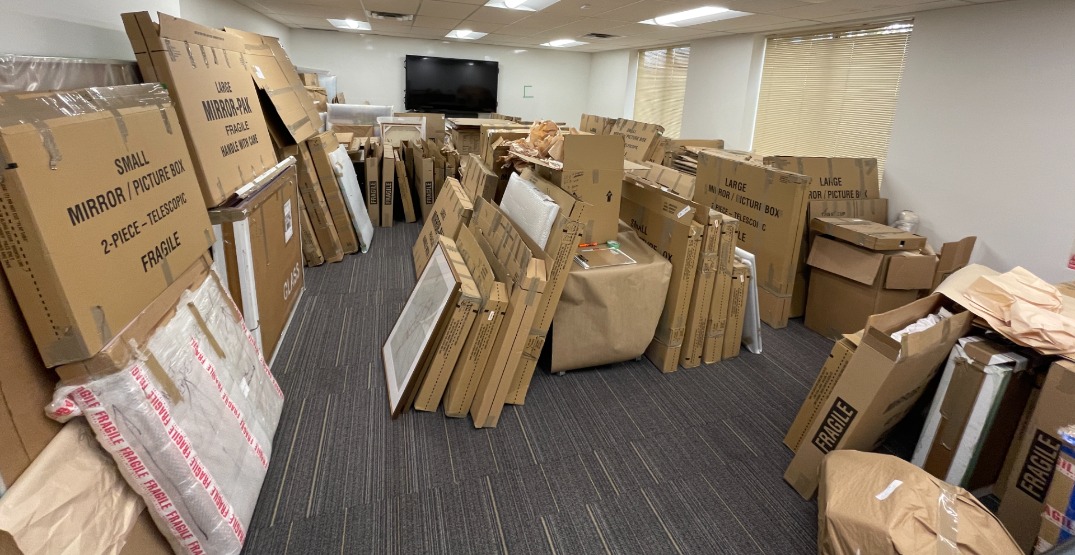 Courtesy of the Saanich Police Department

Police seized over 1,000 pieces of fine art — estimated to be worth tens of millions of dollars — during an investigation into a local art dealer in Oak Bay this month.

“The dealer was taking art from people with the intention of consigning or appraising the art, later ceasing all contact, all the while selling the art without reimbursing the owners or artists,” says a statement from Saanich Police.

It all started when an art owner contacted Saanich Police on April 11 to report an issue they had with an art dealer in their area.

They said they had entrusted a local art dealer with four pieces of fine art for consignment or sale at a gallery: Three original Emily Carr paintings and one David Blackwood watercolour.

Over one thousand pieces of artwork were seized by police during an investigation of a local art dealer last week. If you have attempted to reclaim artwork from this dealer or gallery, please reach us at [email protected] https://t.co/liNqCunGeS pic.twitter.com/xznArZ7sgH

Both the iconic Canadian artists are renowned, and their paintings are highly valued and desired.

“The owner became suspicious when the gallery recently closed and attempts to contact the art dealer had gone unanswered,” says the statement.

They weren’t the only one, either. Police discovered several other people also consigned art to the dealer, who ceased all communications with them as well.

After searching three storage sites in Saanich, Oak Bay, and Langford, detectives with the Major Crime Unit found tens of millions of dollars’ worth of art.

The art dealer, whose identity cannot be released until charges are sworn in court, was arrested on April 21, 2022, and later released on conditions.

Investigators are working on a report to Crown Counsel that recommends criminal charges for multiple counts of fraud and false pretence.

They’re also in contact with the artists, their families or representatives, and the owners of the paintings. If all goes according to the plan, police will be able to return all the artwork to its rightful owners.

“We believe there are individuals who have attempted to reclaim their artwork, associated to the Oak Bay gallery but have not been successful in doing so,” the statement says.