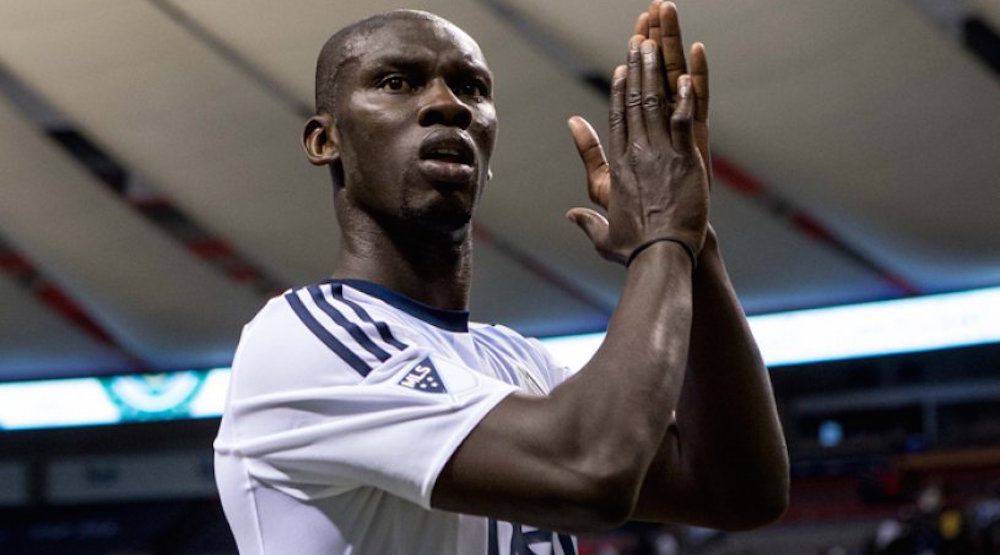 It’s the end of the MLS road for Pa-Modou Kah.

The Whitecaps announced the mutual termination of Kah’s MLS contract on Thursday morning. The 35-year-old defender will now join Whitecaps FC2 in a player/coaching role for the rest of the 2016 USL season.

“It has always been a dream of mine to coach and I’m excited about this opportunity,” said Kah through a media release. “I’m looking forward to sharing my knowledge and experience with the young players, as well as working with the Whitecaps FC 2 and Residency coaches and staff.”

Kah was signed by the Whitecaps as a free agent before the 2015 MLS season. Prior to his move to Vancouver Kah played 2 years with the Portland Timbers, as well as several other clubs in Europe and the Middle East.

Kah had a solid 2015 season in which he contributed the league leading 13 clean sheets and 36 goals allowed. This year the veteran has been hampered by injury, and has also been forced down the depth chart with the signings of Andrew Jacobson and David Edgar.

Born in Banjul, The Gambia, Kah an his family emigrated to Norway when he was 8 years-old. Kah earned 10 senior caps  for Norway, and scored one goal for his country.

Often criticized by fans, Kah’s shining moment for the Vancouver Whitecaps came on August 1, 2015 at CenturyLink Field in Seattle. That night Kah scored a pair of goals in memorable 3-0 win over the Seattle Sounders.

Last Sunday Kah was on the bench for Whitecaps FC2’s thrilling 3-1 come from behind win over Arizona United SC at Macleod Athletic Park in Langley.

“He’s been great,” Whitecaps FC2 head coach Alan Koch told Daily Hive. “His enthusiasm is infectious, and you can feel that a big part of scoring the goals at the end, and the feel good factor was him.”