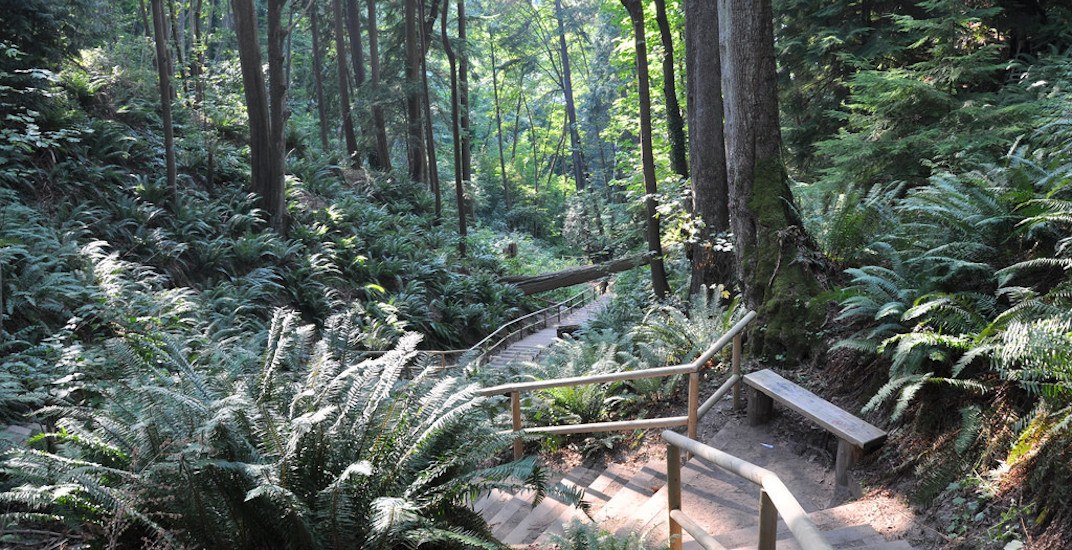 A trail to the water at Pacific Spirit Regional Park. (Hussein Abdullah / Flickr)

Metro Vancouver Regional District has closed a few trails along the western cliffs of Pacific Spirit Regional Park at the University of British Columbia campus due to small landslides.

A small slide has covered a portion of Trail 7, resulting in its closure. The slope above the trail is unstable, and a geotechnical assessment is underway.

As well, the section of Admiralty Trail between East Canyon Trail and Centre Canyon is closed due to another small slide and the risk of further slides. A geotechnical assessment is also being conducted.

Along Foreshore Trail between Trail 6 and Trail 7, a high risk of landslide from the slope above has forced the closure of the section of trail until April.

Consecutive periods of heavy rainfall over the past two months have destabilized the slopes around the area. 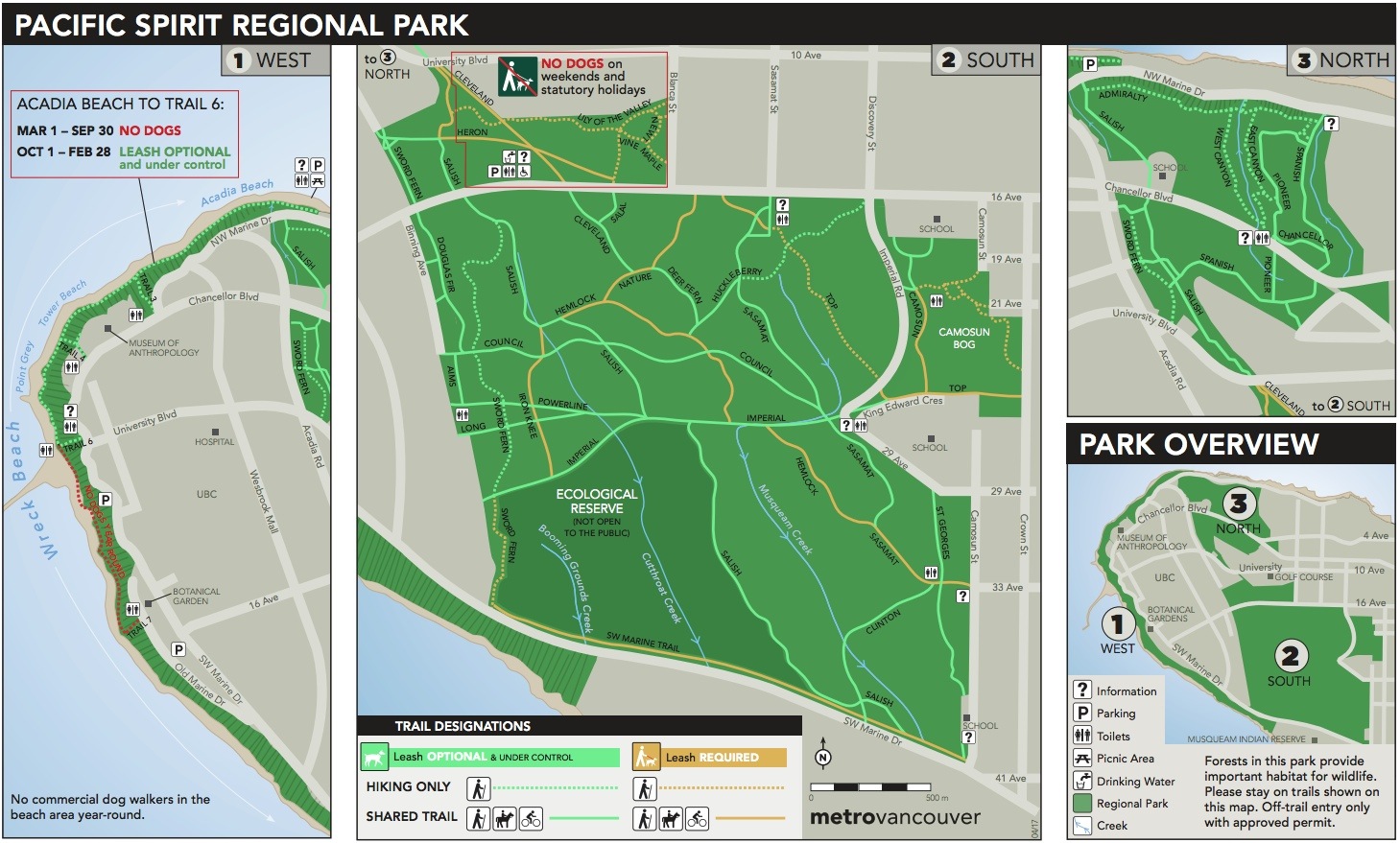 Map of the trails at Pacific Spirit Regional Park. Click on the map to enlarge. (Metro Vancouver Regional District)