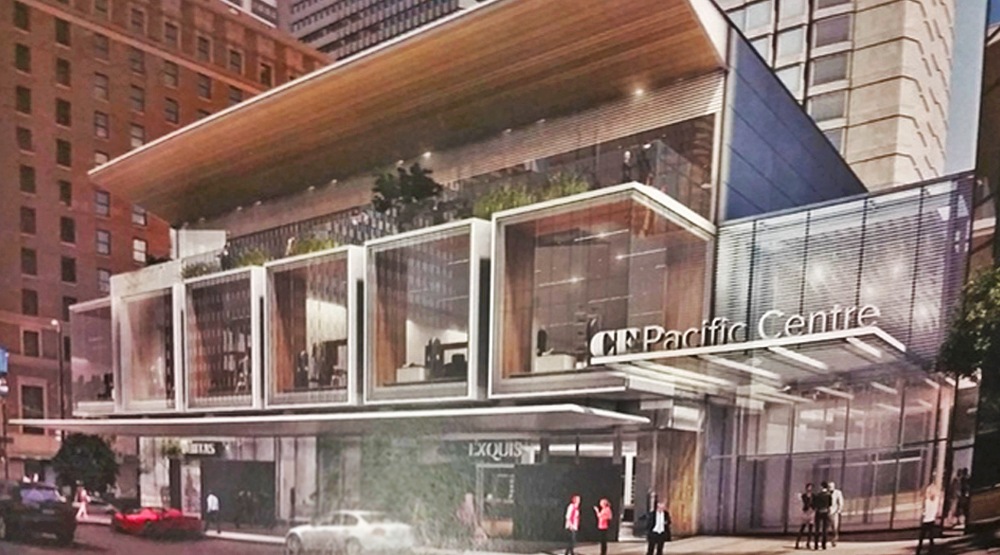 A popular outdoor plaza and dome-shaped glass rotunda structure that serves as an entrance into Pacific Centre in downtown Vancouver could be replaced by a three-storey mall expansion.

Last night, proponents with Cadillac Fairview, the owner of the shopping centre, joined local architects from Perkins + Will at Vancouver City Hall to present the project to the City of Vancouver’s Urban Design Panel (UDP).

The plans would consist of demolishing the existing dome-shaped rotunda at the northwest corner of West Georgia and Howe streets and replace it with a new three-storey, 25,000-square-foot expansion. Retail space, between one and three units with street frontage, will occupy the first and second level while a large restaurant will occupy the entire third level.

There will be a new double-height Pacific Centre entrance in the middle of the city block between the existing office tower and the retail expansion. The restaurant will also have its own street entrance via elevator on the Howe Street side.

Artistic renderings show the extensive use of glass for the building’s facade, wood for the ceiling of the restaurant patio’s canopy, and other high-quality exterior finishings.

Cadillac Fairview says it is also in discussions with the adjacent Four Seasons Hotel to perform extensive aesthetic upgrades to the hotel exterior.

By the end of the night, the design was approved by the UDP in a 7-1 vote.

There have been discussions and previous plans to develop the plaza and rotunda for at least the past decade. A previous design made some years ago showed a three-storey building with Abercrombie & Fitch as the main tenant, but the retailer recently opened a store within Pacific Centre’s expansion underneath Nordstrom.

Possible tenants for the new retail space could potentially include Uniqlo, which has been attempting to find a suitable flagship retail space over the past few years and officially confirmed its Canadian expansion last year.

A source told Daily Hive last year that Apple has also been seeking a flagship space with street presence in downtown Vancouver and intends to retain its in-mall location at Pacific Centre given that it is one of its highest performing locations.

During the planning process for the Canada Line, several scenarios showed retail space built on the outdoor plaza at the southwest corner of West Georgia and Granville streets – occupied by the street entrance for Vancouver City Centre Station and the entrances into Nordstrom and office levels above, including Microsoft Canada and Sony Pictures Imageworks’ global headquarters.

During the Vancouver 2010 Winter Olympics, the rotunda was transformed into a giant igloo.

Daily Hive has reached out to Cadillac Fairview for comment. 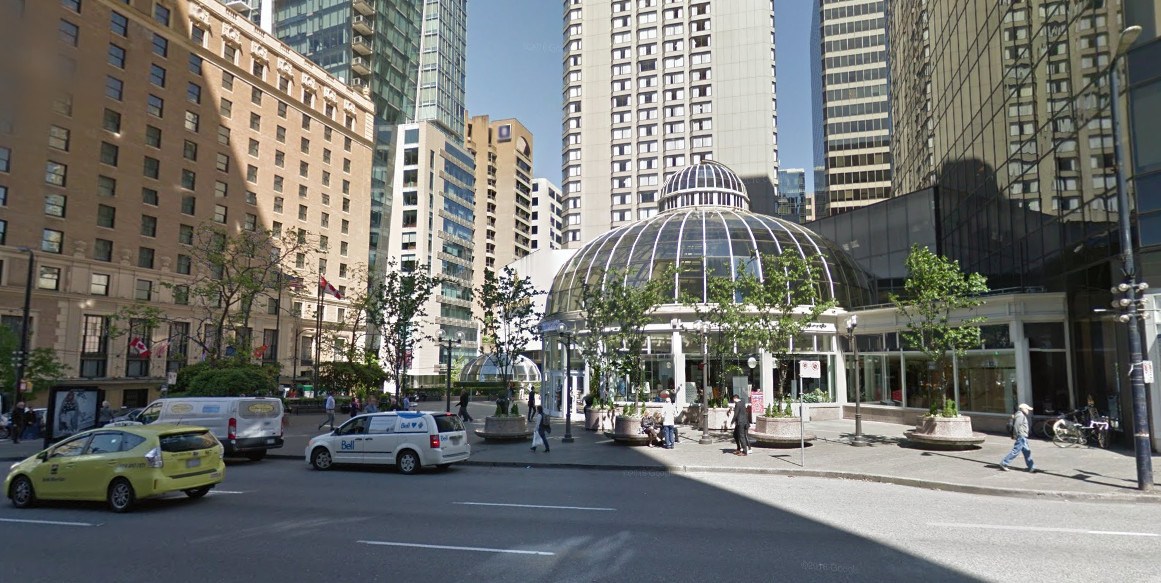 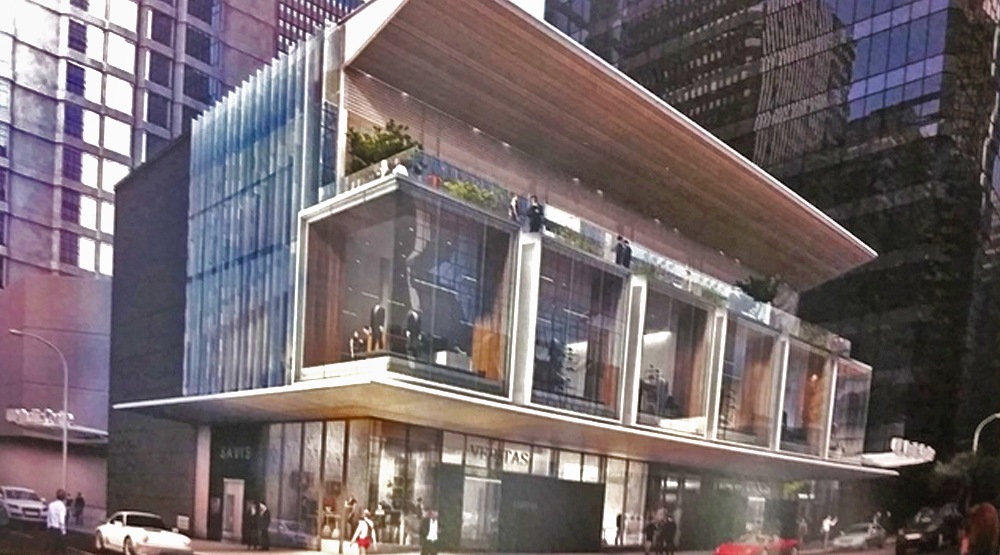 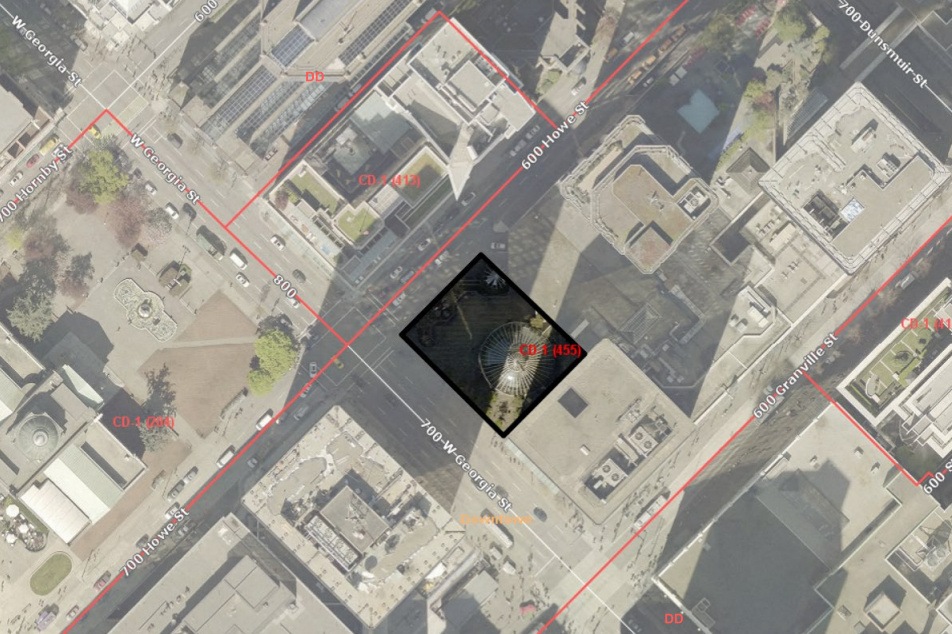