The wait is over – Pacific Centre‘s new retail expansion is officially opening on June 17 and brings unprecedented architectural beauty and designer fashion together in one shopping experience.

Three years in the making, the new wing offers shoppers a direct entrance to the shopping centre via Robson and Granville Street and delivers a heightened retail experience that is sure to dazzle and amaze. The centre has also partnered with some of the most sought-after fashion retailers in the world.

The new wing officially opens Wednesday, June 17 along with: 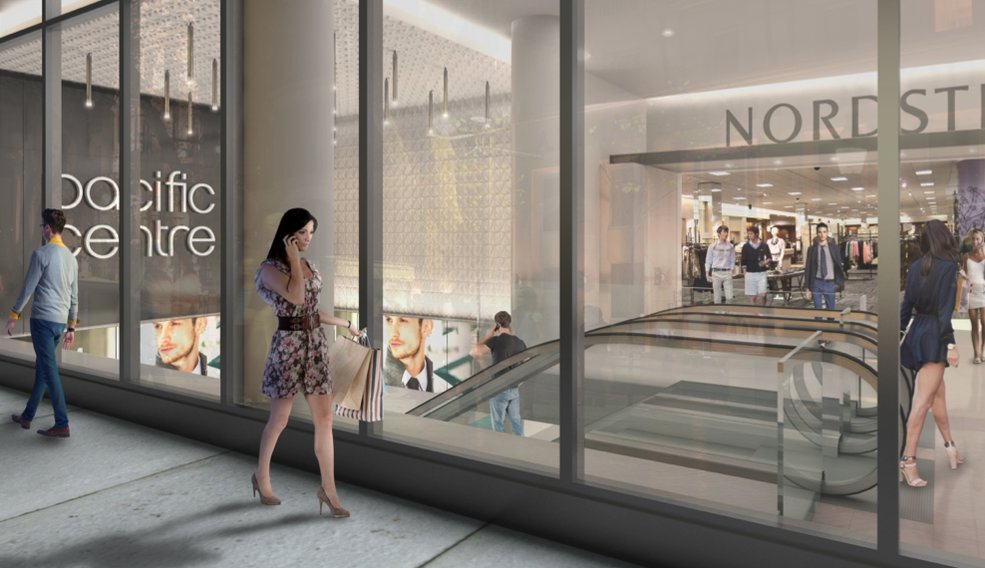 To celebrate the official unveiling of the new wing, Pacific Centre is inviting Vancouverites to the Make an Entrance Downtown Fashion Show. Taking place at Robson and Granville, the show is guaranteed to thrill fashion lovers with a series of models turning the streets into a living catwalk, sporting Summer’s hottest fashions.

The first 100 people in line at the new retail expansion on the lower level (M1) in front of RW&Co at noon will receive a $20 Cadillac Fairview Shop Card (one per family). The show will also be updated live on Pacific Centre’s Facebook and Twitter.

When: Wednesday, June 17 at noon