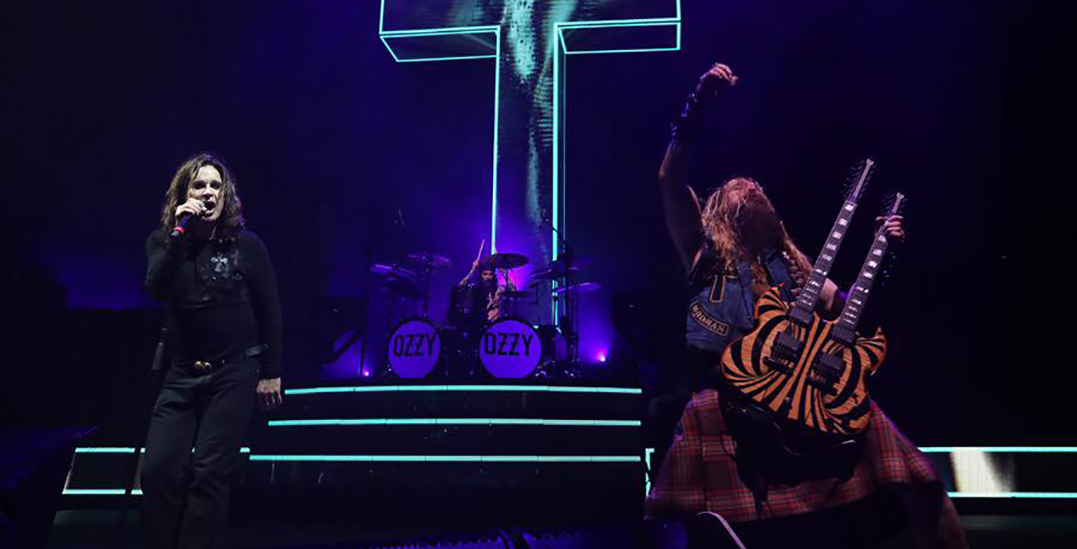 All aboard! Ozzy Osbourne, better known as the Prince of Darkness, has announced additional dates for his 2019 North American Tour: “No More Tours 2.”

The Grammy-winning singer and songwriter will be making several Canadian stops, including Montreal, Hamilton, and Edmonton, before finishing off in Vancouver.

Over the course of his career, he’s sold more than 38 million albums worldwide, received a handful of Grammy nominations, and seen numerous albums hit platinum status.

Osborne will be performing at Rogers Arena on Thursday, July 11, 2019, with Megadeth as his special guest. This is the first time that Megadeth will join the superstar on a full tour, although they’ve previously performed at festivals together.

Tickets for the event can be purchased via Live Nation and go on sale on Friday, November 9 at 10 am. Prices range from $45 to $250, plus service charges.

The show is reserved seating and is open to spectators of all ages.