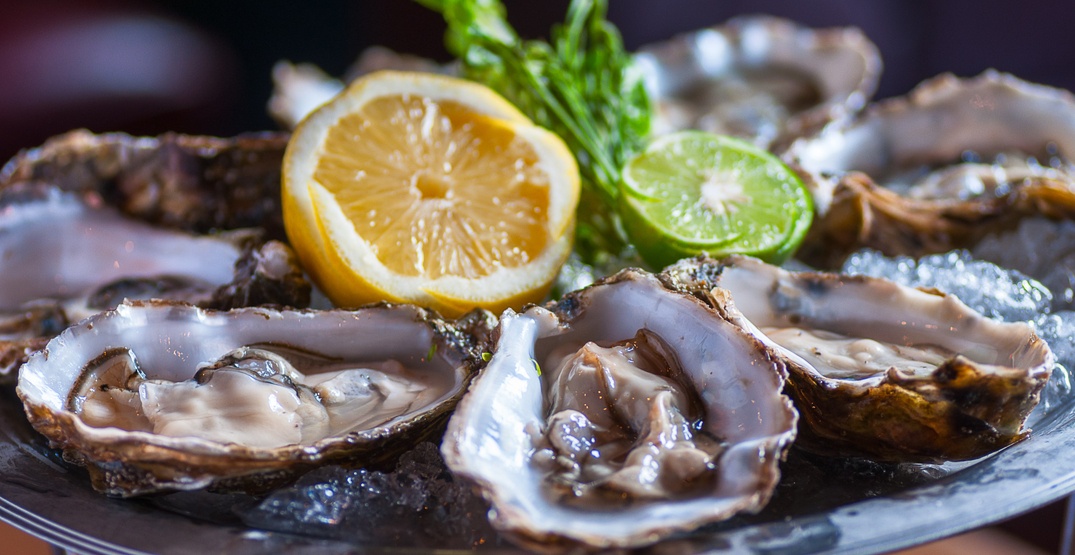 Certain Pacific oysters are being recalled from the marketplace due to a marine biotoxin that is capable of causing Paralytic Shellfish Poisoning.

Consumers should not consume the recalled products described below, which have been sold in British Columbia, Alberta and Ontario.

There have been no reported illnesses associated with the consumption of these products. Still, you should check to see if you have recalled product in your home. If you do, they should be thrown out or returned to the store where they were purchased.

Paralytic shellfish toxins are a group of natural toxins that sometimes accumulate in bivalve shellfish that include oysters, clams, scallops, mussels and cockles.

Symptoms of Paralytic Shellfish Poisoning (PSP) include tingling and numbness of the lips, tongue, hands and feet, and difficulty swallowing with an onset of a few minutes and up to 10 hours after consumption. In severe situations, this can proceed to difficulty walking, muscle paralysis, respiratory paralysis and death.

This recall was triggered by Canadian Food Inspection Agency (CFIA) test results. The CFIA is conducting a food safety investigation, which may lead to the recall of other products. If other high-risk products are recalled, the CFIA will notify the public through updated Food Recall Warnings.

The CFIA is verifying that the industry is removing recalled product from the marketplace. 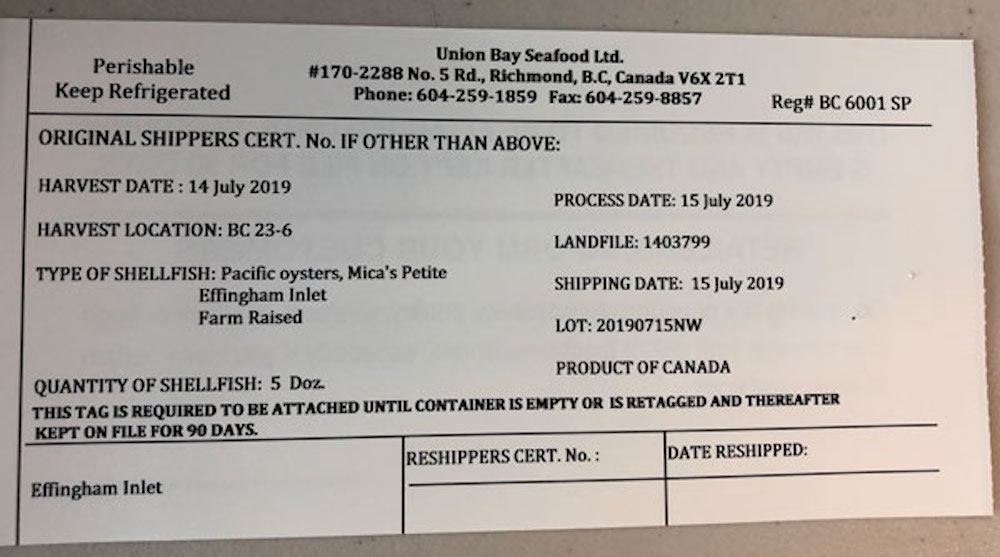 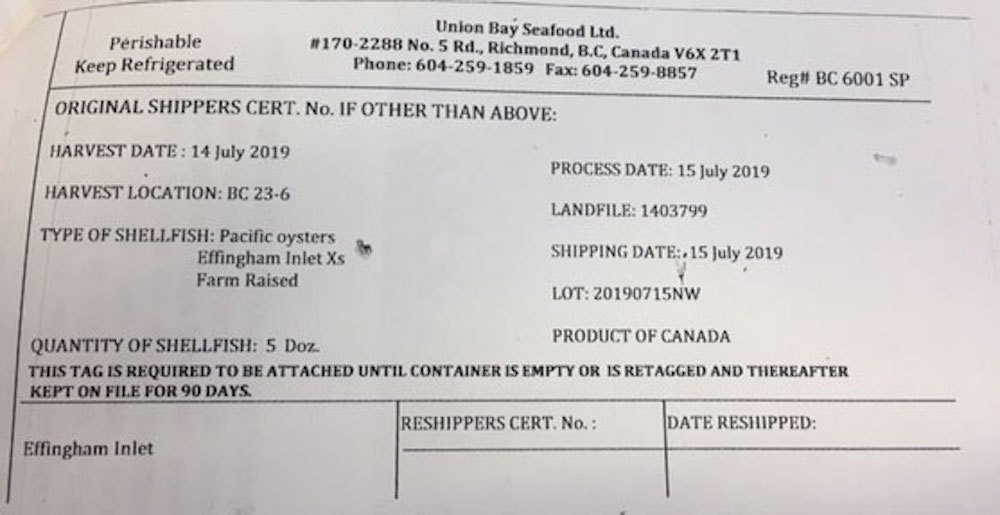