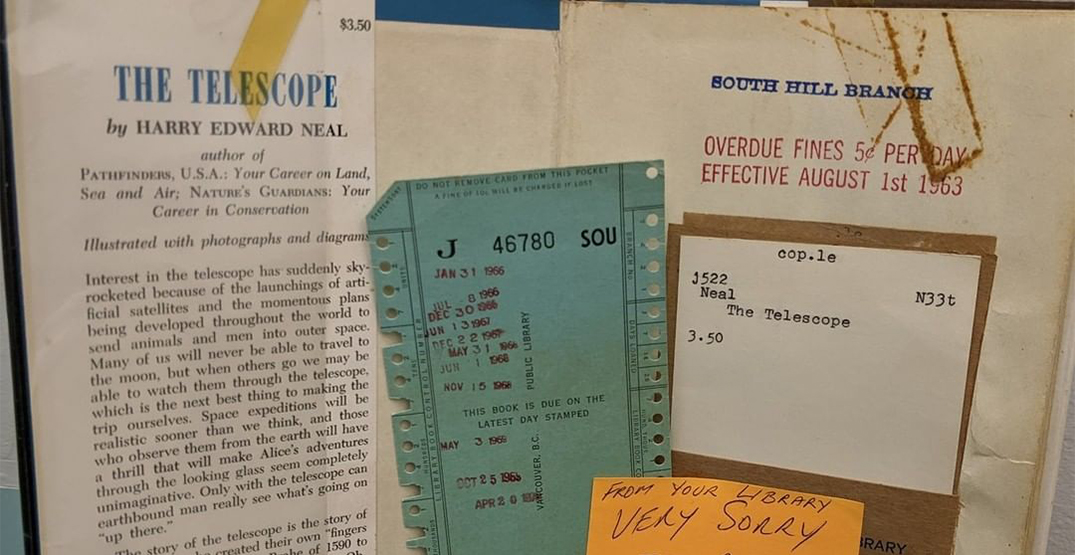 Someone returned a book to the Vancouver Public Library book that was 51 years overdue shortly after the library eliminated late fines.

The person returned the book to the South Hill Branch with a sweet note inside, the library said on Instagram.

The book in question? The Telescope by Harry Edward Neal.

The VPL got rid of late fines on June 1 and anyone with outstanding charges on their account had them wiped. The library said the move would help address affordability in the city.

Instead of fines, borrowers are now sent reminder notifications via phone or email.

“With our recent removal of late fees, they won’t get charged a cent for their late return. Eliminating fines = greater access to all,” the library said.

Better late than never, we guess.