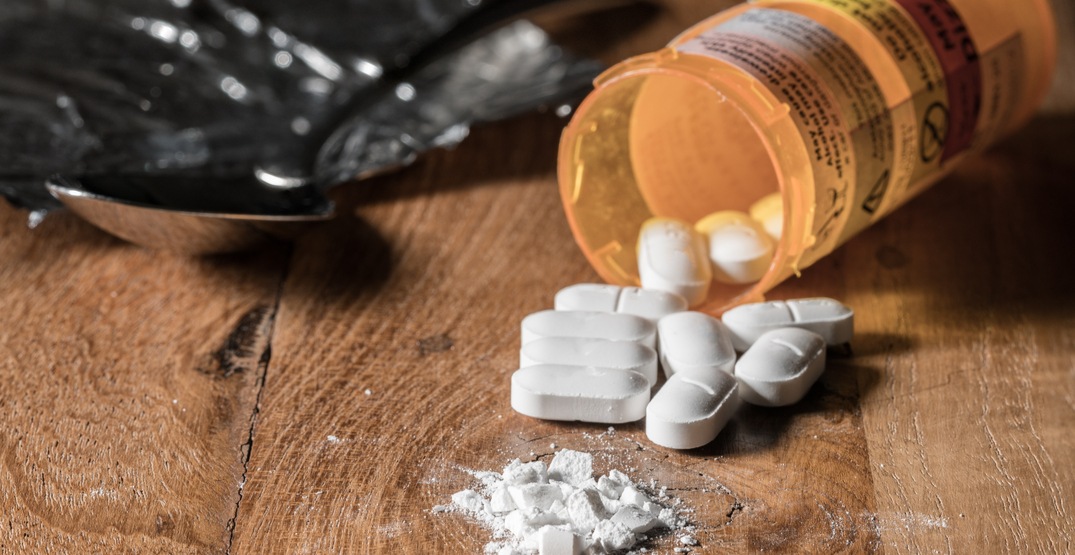 The COVID-19 pandemic has also contributed to increased toxicity in the drug supply and increases in the number of overdoses and overdose deaths.

In particular, the report found a dramatic increase in overdose deaths in the South Asian population in the Fraser Health region.

“Between 2015 and 2018, it was an increase of 255%, and when we look at non-South Asian residents in Fraser Health, the increase was 138%,” said Dr. Aamir Bharmal, Medical Health Officer with Fraser Health, in an interview with Daily Hive.

Dr. Bharmal says that the report was intended to look at the medical charts of those who were dying from overdoses in the Fraser Health region, in order to better understand them.

“Overwhelmingly, most of the South Asian people who died were men, about 97% were men, and that’s compared to about 80% of men who are dying overall from overdose, which is a much higher proportion. Alongside that, they appear to also be younger, about two-thirds were under 40 before they died, and that’s compared to about 50% who were non-South Asian,” said Dr. Bharmal.

“The other piece that we found quite striking, was that about half were fathers. Sometimes, with people who are overdosing or using drugs, we hear that they might not have as many supports, they feel quite isolated, but we found that half were fathers and two-thirds had a  partner who was living with them at the time of death.”

In addition, Dr. Bharmal says that 50% of the South Asians who died from overdose were working at the time of their death, and of those, 50% were working in the trades and transport sectors, including construction and trucking.

Dr. Bharmal says that in many cases, the issue goes unacknowledged in the South Asian community.

“The first step is honestly a recognition and acknowledgement that this type of substance use and drug use is occurring. We heard anecdotal stories, for example, of very young men who died, and people didn’t in some sense want to acknowledge the overdose  or that they died of drug use or overdose, so family members might have said they died of a heart attack or something else,” he said.

“There’s a lot of work that needs to occur to just start having those conversations, and make people comfortable to just even talk about this around drug use and acknowledge that it’s occurring, which is the hardest part of it, and one of the things around releasing this report is that hopefully we can shed light.”

The Fraser Health report also found that “among young people, the average age was 25, 80% were male, 12% were working, nearly all showed evidence of a mental health condition (69%) or a substance use disorder (73%) and half had experienced an interpersonal conflict with friends, family or intimate partners the year before their deaths.”

Opioids was the most commonly documented substance, followed by stimulants, cannabis, and alcohol.

In addition, the report found that “among women, the average age was 40, two-thirds were mothers, 18% were employed, nearly all showed evidence of a mental health condition (85%) or a substance use disorder (85%) and 55% experienced or witnessed emotional, physical and/or sexual abuse in their lifetime.”

Stimulants were the most commonly documented substance, followed by alcohol and opioids.

A Vancouver man has helped create an app to address the overdose crisis amongst diverse communities, starting with the local South Asian population.

According to Upkar Tatlay, managing director of OxusMachineWorks, the company behind the Overdose Intervention App, many people of racialized backgrounds suffer in silence, and proactive resources must be tailored to groups disproportionately affected.

“What the community lacks is a resource, and its not just the South Asian community, but it’s all diverse communities are underrepresented in terms of resources and innovations that address their needs specific to whatever health crisis is occurring,” said Tatlay, in an interview with Daily Hive.

“You see the South Asian community overrepresented in the deaths associated with opioid overdose but we are underrepresented when it comes to resources to address those challenges, so in order to bring equity and to bring a diverse lens into this challenge, that’s really the origins of the Overdose Intervention App.”

Through the Overdose Intervention app, the first step is a language selection. Tatlay says that because the app is in its infancy, the options currently include both English and Punjabi, but future iterations will include other languages as well.

He says the app is intended to surround the community around a user, so they are able to intervene if needed.

“The intention of the app is to get this technology in everyone’s hands so that there’s this huge community of support surrounding people who are potentially users, and potentially experiencing an overdose, so we can start to bring this number down.

“For the first time, this puts the onus of preventing overdose on the community rather than the user themselves.”

He says it’s important for the entire community to have these tools at their disposal, because stigma may prevent people from knowing if there is a drug user in their community.

“On the surface level at least, I don’t think I have anyone who [is a user], but we all do,” he added.

“I’ve attended funerals of people I never thought or dreamed would be users. So the essential standpoint I take is that really we should all have this. We should all be trained on what to do. That’s the only way we’re going to turn this thing around.”

Tatlay adds that stigma is a big factor in the South Asian community, preventing these conversations from happening.

“We have a lot of challenges that we have to work through. It exists in our community but we constantly push it away. In Punjabi we say, ‘it doesn’t happen in our homes,’ and if we continue down that path of not acknowledging it, the crisis only gets bigger,” he said.

Fraser Health has also created an app designed specifically for drug users, whereas the ODI app is meant to empower networks that surround a user, to know what to do when they are witnessing an overdose, including how to administer Naloxone.

Dr. Bharmal says that it is important to start conversations about drug use in these communities, because this is where many of these deaths are occurring.

“We have to do more in terms of better understanding what are the backgrounds of these people who are at risk, and make sure we are having more of those conversations, so people are empowered to say this is the problem and how do we solve it, so that people don’t think that issues of drug use or mental health issues are just issues of other people, you know people living on the Downtown Eastside or the Surrey strip, but these are things that are happening in their own neighbourhoods in their own communities,” he said.

Fraser Health has also taken a number of actions already to respond to these findings: