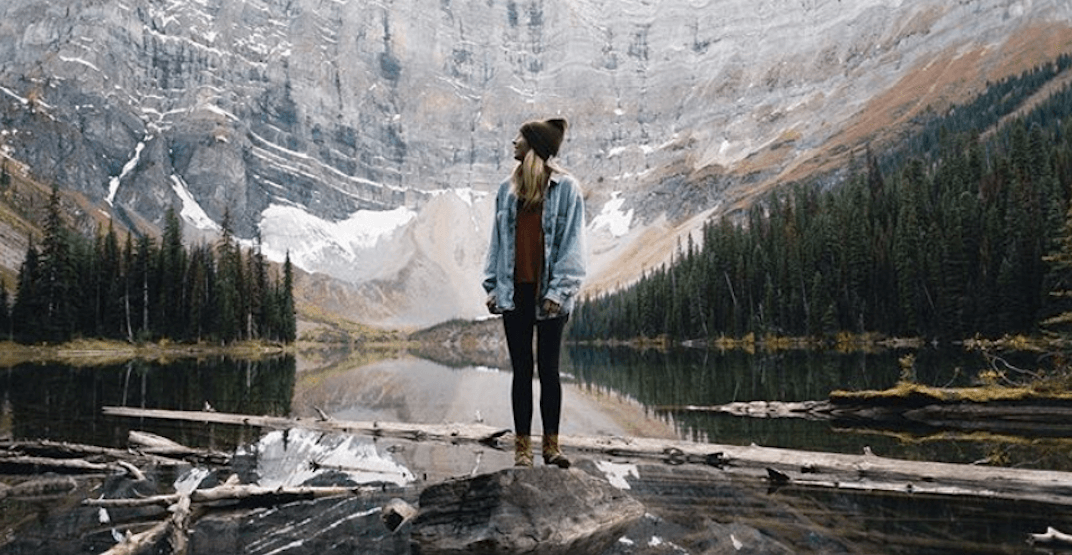 Canada is basically a gigantic, beautiful playground, so it’s no surprise that recent reports from Statistics Canada show that its residents enjoy their time in the outdoors.

According to the 2016 General Social Survey, nearly 70% of Canadian respondents stated that they participated in at least one wilderness activity, with 41% saying that they regularly enjoyed three or more outdoor activities.

The fresh air, movement, and physical exertion generally accompanied by these outdoor hobbies may have something to do with Canadians’ view of their physical fitness, as 80% of Canadians who described themselves as having “excellent” health also partook in outdoor activities.

That’s contrasted by 40% of those who saw themselves as having poor health doing the same.

Of the supplied choices, hiking and backpacking appeared to be the most popular outdoor activity among respondents, with 44% stating that they had hiked or backpacked recently.

Wildlife viewing or photography took second place with 32% of respondents, and tent camping was next with 24%.

The least popular activities on the list, it turns out, were mountain biking, snowshoeing, or cross-country skiing, which saw only a 13% rating. 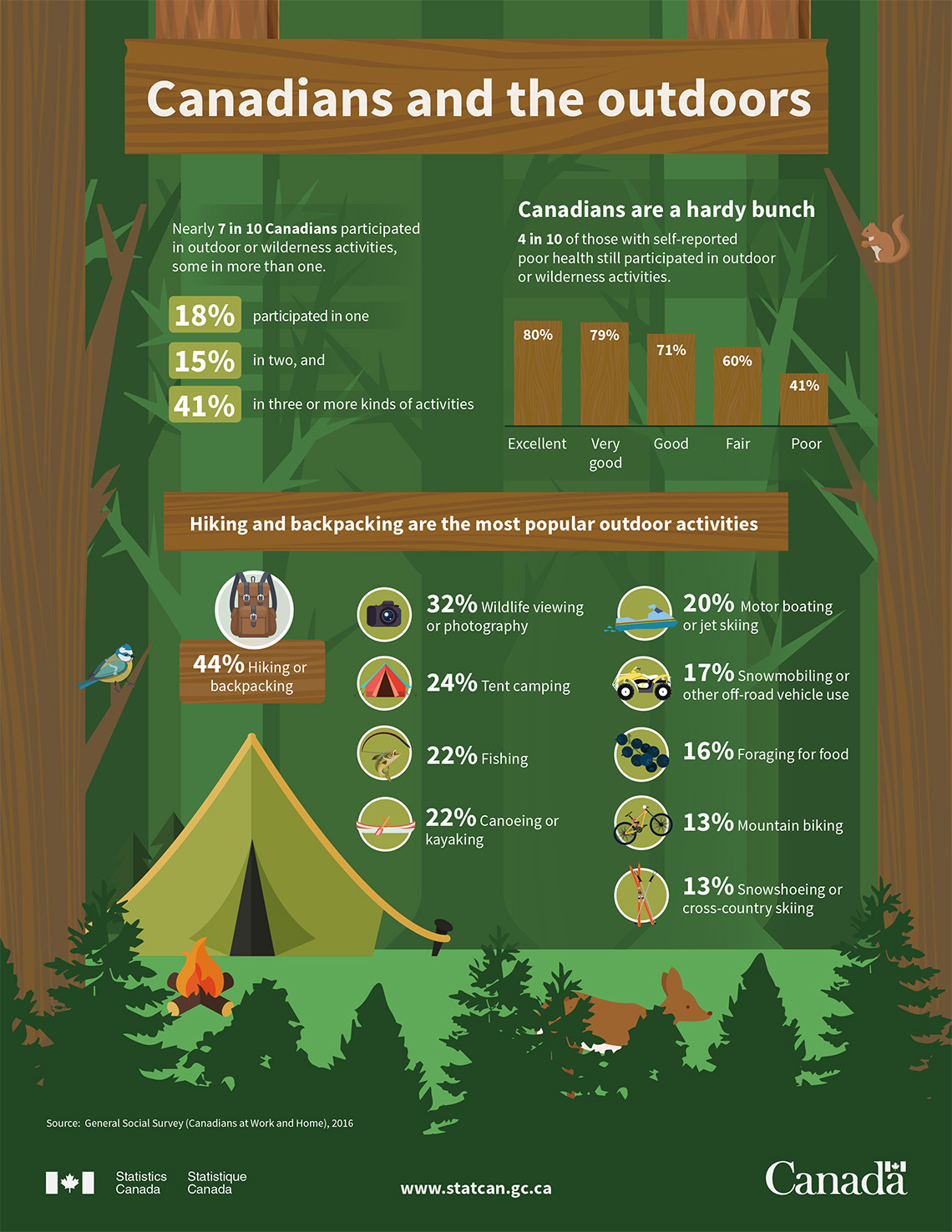 Infographic of Canada and the outdoors (Statistics Canada)