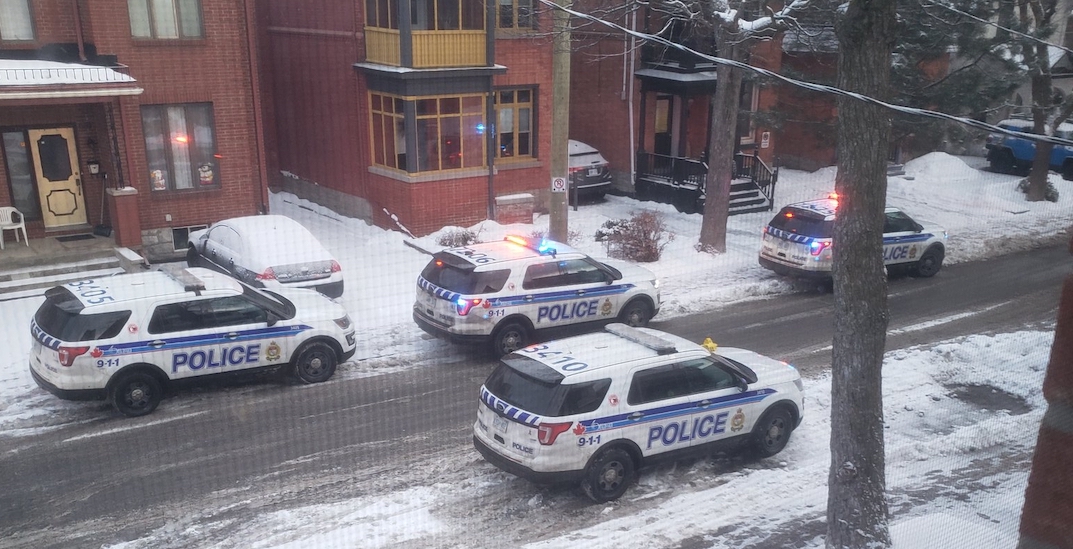 One person has died, and multiple injuries have been reported following a shooting downtown Ottawa, Ontario on Wednesday morning.

The Ottawa Police Service says it is continuing its investigation of the shooting that occurred in the area of Gilmour Street this morning at about 7:30 am.

Police were called to the scene after reports of multiple gunshots. Upon arrival, officers found “several people” injured. According to Ottawa police, in addition to the fatality, three people have been transported to hospital with “serious injuries.”

“The scene at Gilmour Street has been secured by police. This is not considered an active shooter situation, but the suspect remains at large and is not in custody,” said police.

Gilmour Street remains closed between Kent and Lyon while the investigation is ongoing.

CHEO Hospital confirmed that one of the shooting victims is a 15-year-old boy, and is in stable condition.

After this morning’s shooting we can confirm that there is one 15-year-old boy here at #CHEO in stable condition. Our thoughts are with the victims and the families #ottnews #Ottawa

Major Crime has taken over the investigation and anyone with information regarding the incident is asked to call the Ottawa Police Service Major Crime Unit at 613-236-1222, ext. 5493.

Anonymous tips can be submitted by calling Crime Stoppers toll-free at 1-800-222-8477 or at crimestoppers.ca.