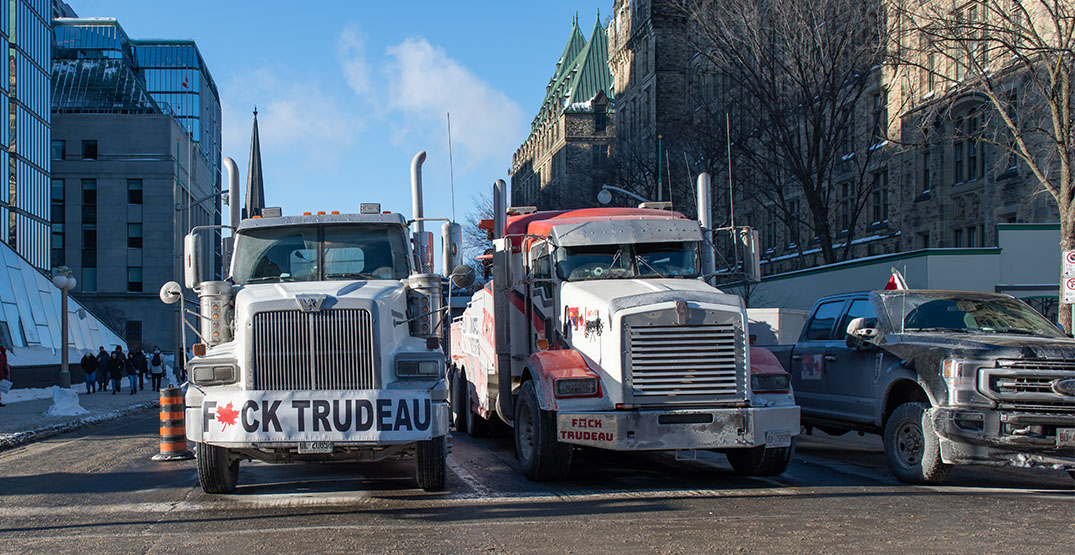 The police chief for Canada’s capital city said he has reason to believe that money from the US is helping the anti-vaccine mandate demonstrators stay in Ottawa.

City officials gave an update Wednesday about the situation in the capital, where several hundred determined demonstrators remain in the downtown core after the so-called Freedom Convoy arrived there Saturday.

The impact on local businesses and residents is severe, and demonstrators have come from all over Canada — and in some cases beyond the country’s borders, Chief Peter Sloly said.

“We are now aware of a significant element from the US that have been involved in the funding, the organizing, and the demonstrating. They have converged on our city, and there are plans for more to come,” he said. “This is putting our city and our residents … at great risk. We are doing our very best to manage this risk.”

A Saturday demonstration against COVID-19 restrictions reached a peak of 8,000 to 15,000 people in downtown Ottawa, police said.

During the demonstration, a Swastika flag was unfurled, and so were several confederate flags.

The Terry Fox statue was also defaced with “mandate freedom,” a move that was widely condemned.

In addition, workers at a soup kitchen for homeless people in Ottawa were reportedly harassed and assaulted by hungry protesters.

Some protesters drove trucks and called themselves part of a Freedom Convoy driving across Canada, claiming to represent truckers opposed to new vaccine mandates in Canada and the US. However, Prime Minister Justin Trudeau has said close to 90% of the trucking industry is vaccinated, and the Canadian Trucking Alliance said many people demonstrating have no connection to the industry.

Chief Sloly said officers are working on getting the remaining protesters to leave without inciting further unrest.

“We are grateful for the fact there have been no riots, no injuries, and no deaths to date.”