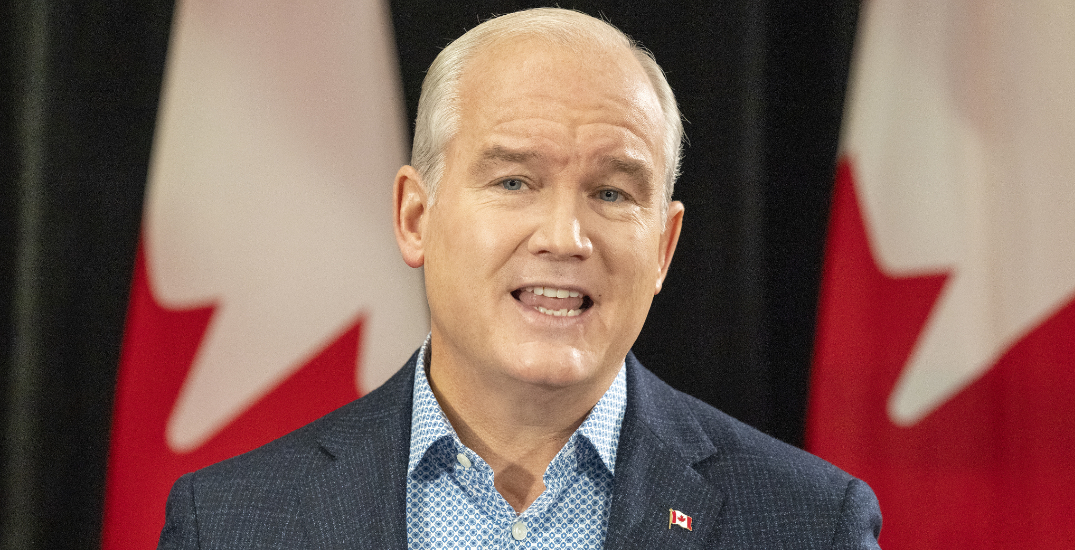 Conservative Leader Erin O’Toole made an explicit pitch to women voters Sunday as he seeks to broaden his party’s appeal to a demographic that has traditionally leaned more Liberal than Tory.

At a hotel in downtown Vancouver, O’Toole pledged to boost financial support to grieving parents as the election campaign enters its final stretch. The promise would provide parents with up to eight weeks of paid leave after a stillbirth and three days following a miscarriage.

It would also extend employment insurance benefits to mothers and fathers for up to eight weeks following the death of a child.

“We’re trying to reach out to all Canadians, and particularly women to make sure that they can look at the Conservative party as a strong option to help their family, to help their business, to help their community,” O’Toole said.

“I want more women to look in a mirror on September 20 and say, ‘You know what, I’m going to vote Conservative.'”

In the 2015 federal election, 42% of women voters cast a ballot for the Liberals and 25% for the Conservatives, compared with 39%and 33% respectively among men, according to Abacus Data.

At his rallies, O’Toole has been pitching a more “compassionate conservatism” as he tries to win over parents with a focus on affordability and health care ahead of the election on September 20. He uttered the words “compassion” or “compassionate” 10 times at Sunday’s news conference.

The emphasis on empathy builds on platform planks that propose a refundable tax credit for child care targeting low-income families and a doubling of the Canada Workers Benefit at a cost of $24 billion over the next five years.

Currently, EI parental benefits end immediately following a child’s death and there is no specific bereavement leave for miscarriages or stillbirths under federal labour rules, though women can be eligible for sick leave in the event of complications.

O’Toole said thousands of Canadian parents struggle with the loss of a child every year, and that a Tory government would “end the stigma” and give them the time they need to grieve.

“It can take time to mourn, to reflect, and to find a path to healing,” he said.

“It’s long been treated as something you shouldn’t talk about, and as a result we as a country don’t give grieving parents the support they need.”

The number of people impacted would nonetheless be small. In 2019 there were 3,191 stillbirths and 1,634 deaths of children under age one, the latter figure being more than two-and-a-half times the combined number of deaths for children one to 14 years old, according to Statistics Canada.

O’Toole sought to bolster his positive pitch to women with criticism of how Liberal Leader Justin Trudeau engages with them.

He cited the example of Celina Caesar-Chavannes, a former MP who left the Liberal caucus to sit as an independent in March 2019.

“So many people, so many members of Parliament, have been disappointed that Mr. Trudeau’s positive, sunny-ways language isn’t matched by his conduct or how he treats people. That is not leadership when you disrespect members of your team,” he said.

Caesar-Chavannes, who endorsed Conservative candidate Maleeha Shahid in her former Ontario riding of Whitby during an appearance that aired on Global News’ “The West Block” that aired Sunday morning, has said she felt tokenized and unsupported by the prime minister.

Speaking near Montreal, Trudeau wished Caesar-Chavannes all the best, adding that the Liberals are “unequivocal about standing up for women,” unlike O’Toole who he said planned to take Canada “back to 1951, apparently,” by axing the Liberals’ child-care system in favour of tax credits.