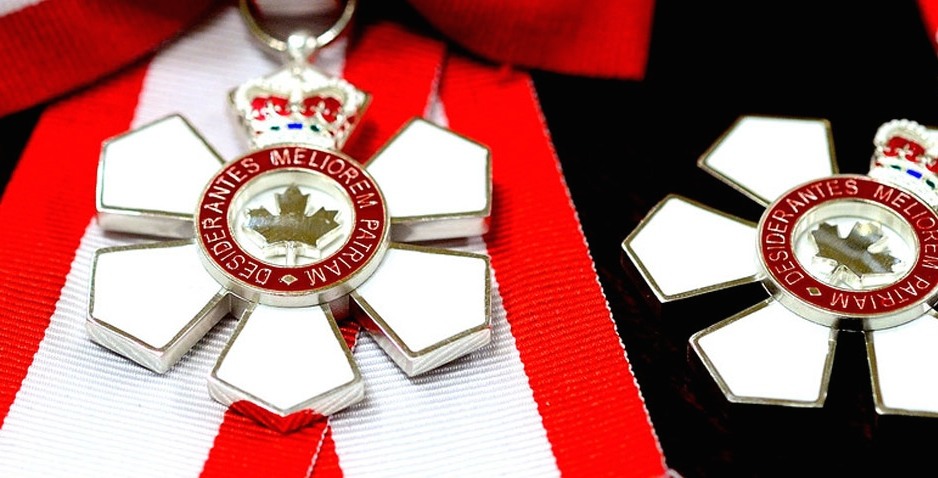 The Governor General of Canada

Her Excellency the Right Honourable Julie Payette, Governor General of Canada, has announced 103 new appointments to the Order of Canada.

Since its creation in 1967—Canada’s centennial year—the Order honours people who make extraordinary contributions to the nation.

More than 7,000 individuals from all sectors of society have been invested into the Order of Canada, according to The Governor of Canada website. The contributions of these trailblazers are varied but they have all enriched the lives of others and made a difference in this country.

The striking six-point white enamel insignia they wear symbolizes our northern heritage and our diversity, because no two snowflakes are alike.

The new member list includes two Companions (C.C.), 15 Officers (O.C.) and 86 Members (C.M.), including two Honorary Members. Recipients will be invited to accept their insignia at a ceremony to be held at a later date.

Companions of the Order of Canada

Honorary Members of the Order of Canada

Visit the Order of Canada website for a complete list of the newly appointed 15 Officers and 86 Members of this year’s Order.

Do you know a Canadian whose achievements stand above the rest? The Order of Canada urges citizens to nominate someone. From community volunteers to scientists, actors, members of the military, scholars and even your next-door neighbours, all Canadians are eligible to be appointed to the Order of Canada.