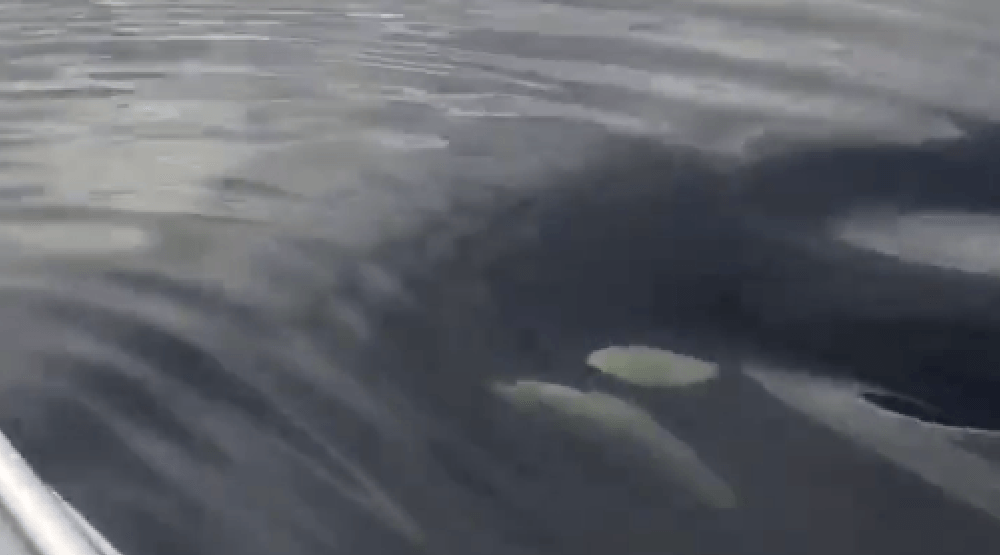 An Orca Whale swimming under the boat (Facebook video screencap)

It may have started as a regular day of fishing, but what was captured on camera far outweighs anything a fishing rod could reel in.

Facebook user Joachim Pierre was out in Halfmoon Bay on BC’s Sunshine Coast, when he got a special treat from Mother Nature.

In a video posted on Facebook, Orca Whales can be seen approaching Pierre’s boat. And while this in itself would be a site to behold, the whales take it one step further and head right underneath his fishing vessel.

In describing the video, Pierre keeps it simple: “Holy Bajolie!!! Under the boat!! Speechless.”

Sometimes, when it comes to Mother Nature and the shows she puts on, that’s all that needs to be said.