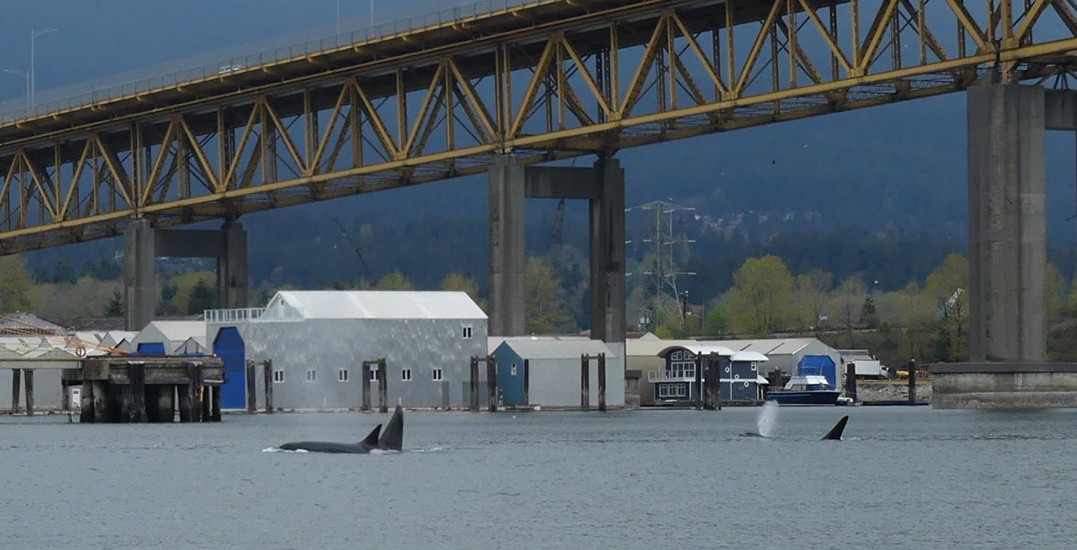 Earlier today, a number of people in and around the waters of Burrard Inlet captured a rare and stunning sight.

A small pod of orcas were seen in local waters, spotted near the inner harbour and under the Lions Gate Bridge.

The public is encouraged to report their sighting of whales, dolphins, porpoises, and sea turtles to the BC Cetacean Sighting Network.

Anyone on the water is also reminded to keep a safe distance from the animals — if on a boat, slow down to 7 knots (15 km/h) within 400 metres of the whales and travel in a parallel direction.

Several species of whales are occasionally spotted in Burrard Inlet and even False Creek, most likely coming in to feed.

Here are some photos of today’s spotting: 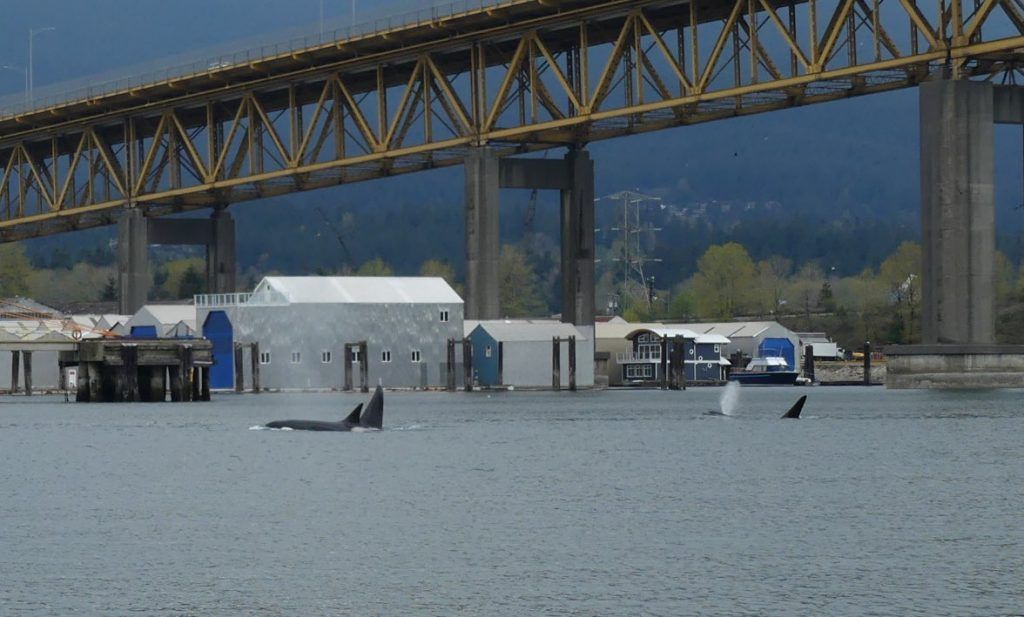 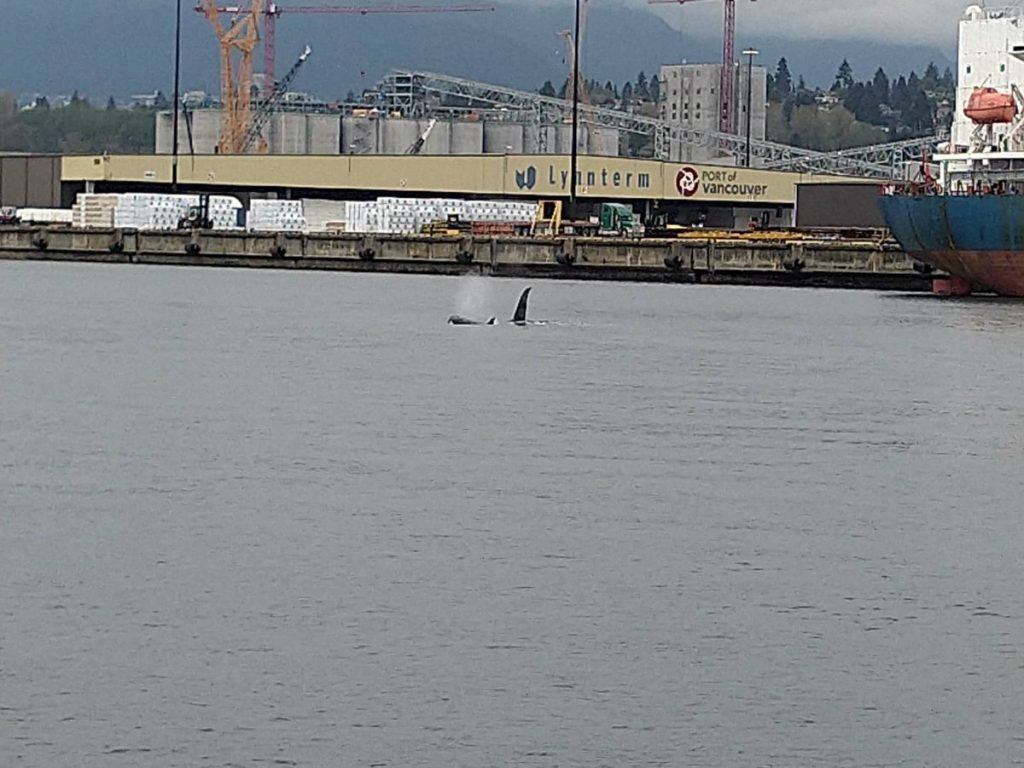 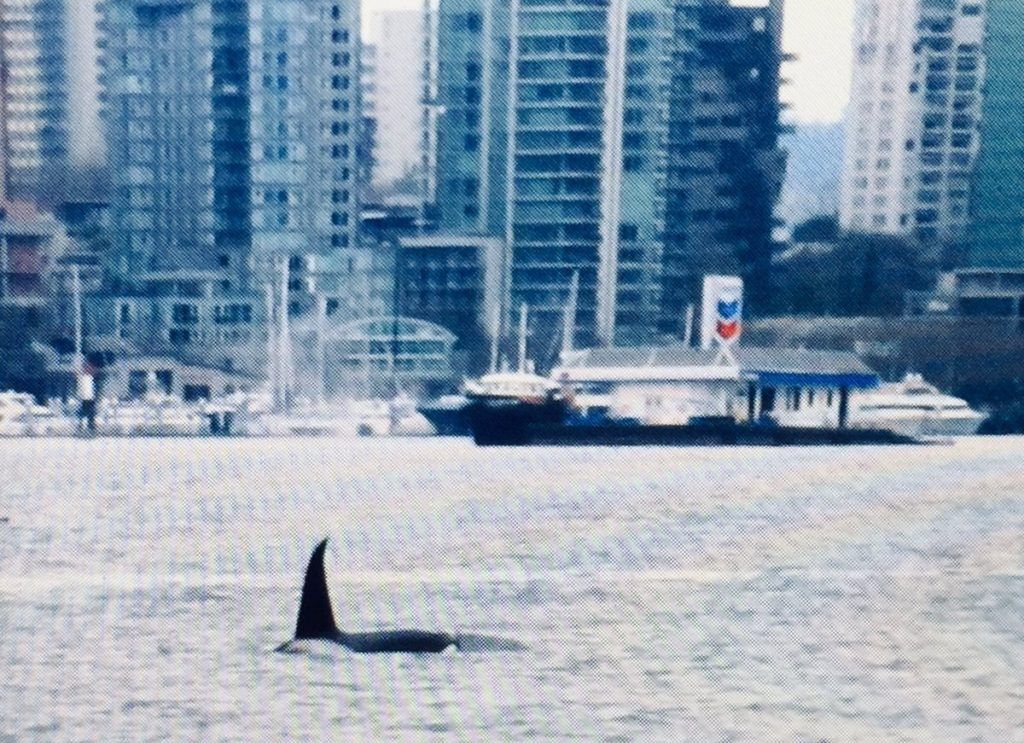 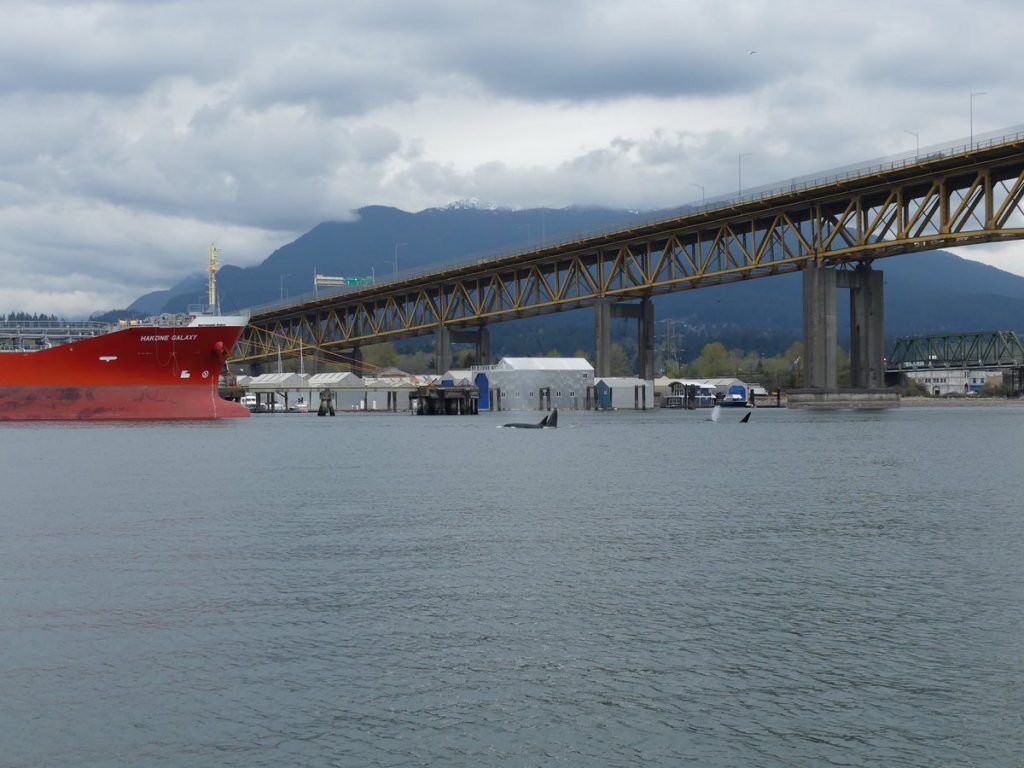