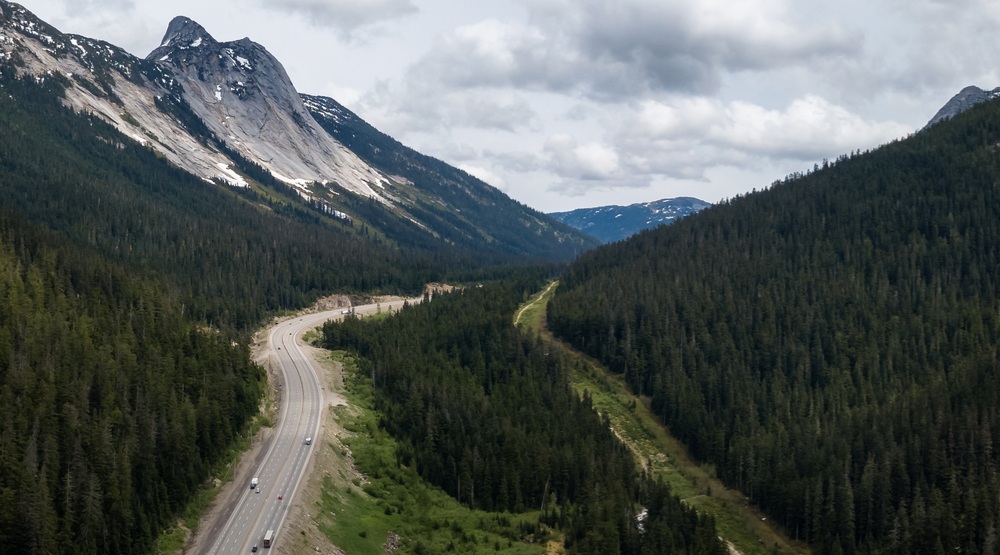 The Coquihalla Highway between Hope and Merritt (Edgar Bullon / Shutterstock)

Two people were killed and a third was seriously injured after a car crash on the Coquihalla Highway Tuesday morning.

Just before 6 am, Logan Lake RCMP were called to an area of Highway 5 for a report of a vehicle in the ditch.

“Early indications are that the vehicle was traveling southbound on the highway when it hit a deer, causing it to veer off the highway and into a deep ditch,” said RCMP spokesperson Cpl. Janelle Shoihet in a statement.

“Two of the three occupants of the vehicle sustained fatal injuries, while the third sustained critical injuries and has been transported to a local area hospital.”

The southbound lane of Highway 5 was closed for several hours as a result of the accident, but has since reopened.