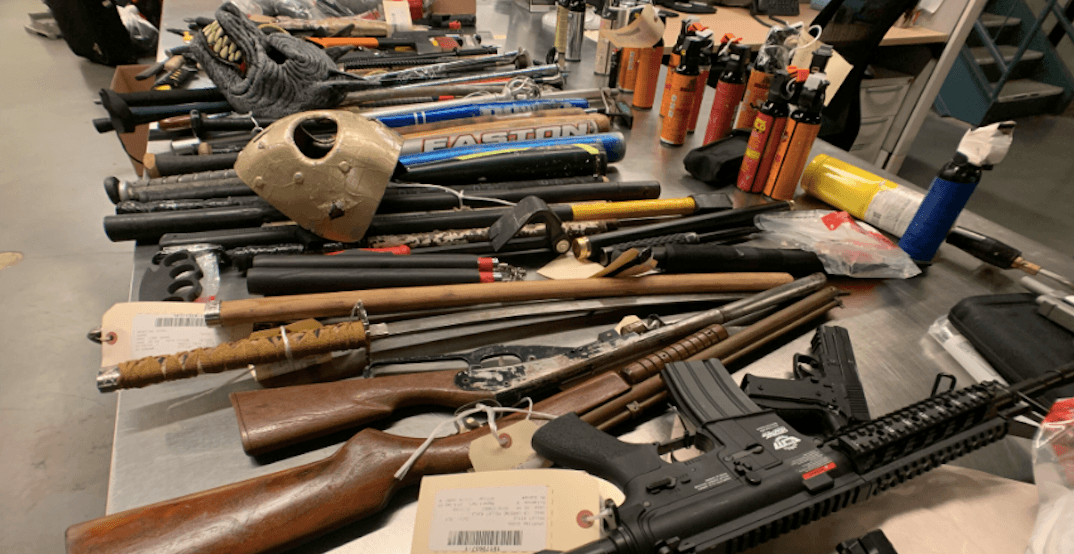 Some of the weapons seized in and around Oppenheimer Park (VPD)

Vancouver Police are expressing renewed concern today over what they say is a “spike” in crime and street disorder “stemming out of Oppenheimer Park, and sprawling into the Downtown Eastside.”

Noting that calls to police regarding the park and surrounding neighbourhood have increased by 87% from June to August when compared to last year, VPD Deputy Chief Howard Chow said police are “seeing a substantial increase in violent crime, and officers have seized a significant amount of weapons, including firearms.” 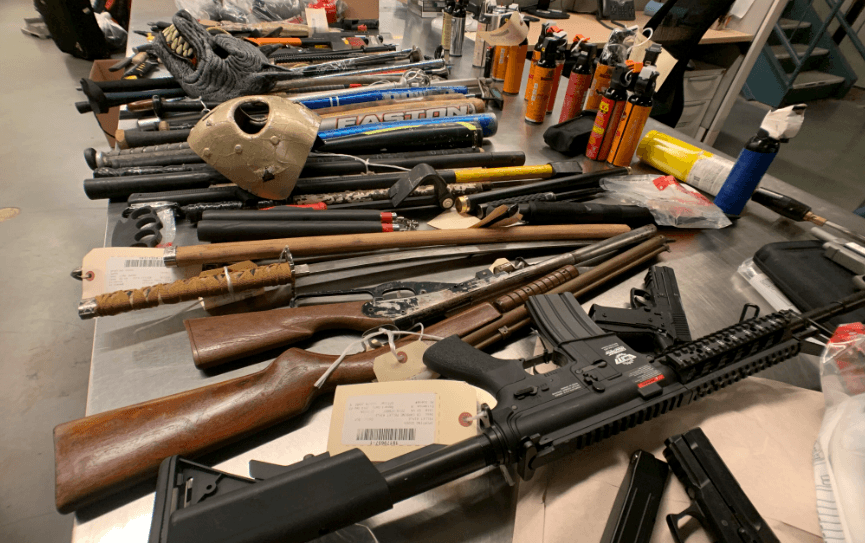 Police said that so far this year, they have seized 453 firearms in four different districts of the city. Of those, 49% (223) have been in district two, which runs from Boundary to Cambie (east-west) and Broadway to Burrard Inlet (south-north), which includes Oppenheimer Park and the Downtown Eastside.

“We first raised this issue publicly in July, and it has only gotten worse,” said Chow. “In my 30-plus years with the VPD, I have never seen such high numbers of weapons seized in one district alone.”

Chow said the number of weapons seized this year “average out to one gun each day.”

Compounding the problem Chow said, is the fact that police are seeing “high levels” of aggression towards officers.

He noted that assaults on police “have gone up in district two by 68% when compared to 2018 – jumping from 19 incidents last year to 32 this year.”

Just this past weekend, he added, “VPD patrol officers had bottles thrown at them by bystanders as they were responding to a call in Oppenheimer Park.” 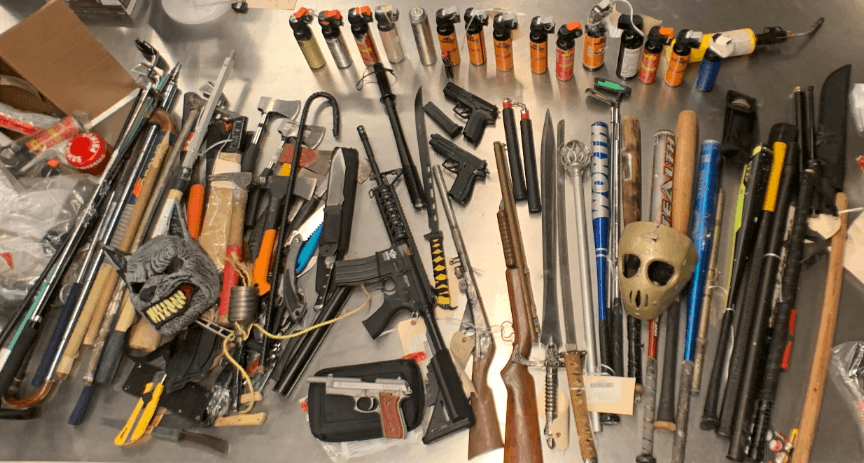 In addition, “police intelligence indicates that gangs are vying for territory within Oppenheimer Park which is creating a dangerous and volatile situation for residents in the park and the surrounding area,” Chow said.

In light of these incidents and statists, Chow said police will “continue to maintain a visible presence in and around Oppenheimer Park and the Downtown Eastside to keep the peace, ensure public safety, and respond to incidents.”

Anyone who has been the victim of a crime or who has information about a crime is encouraged to call 911.