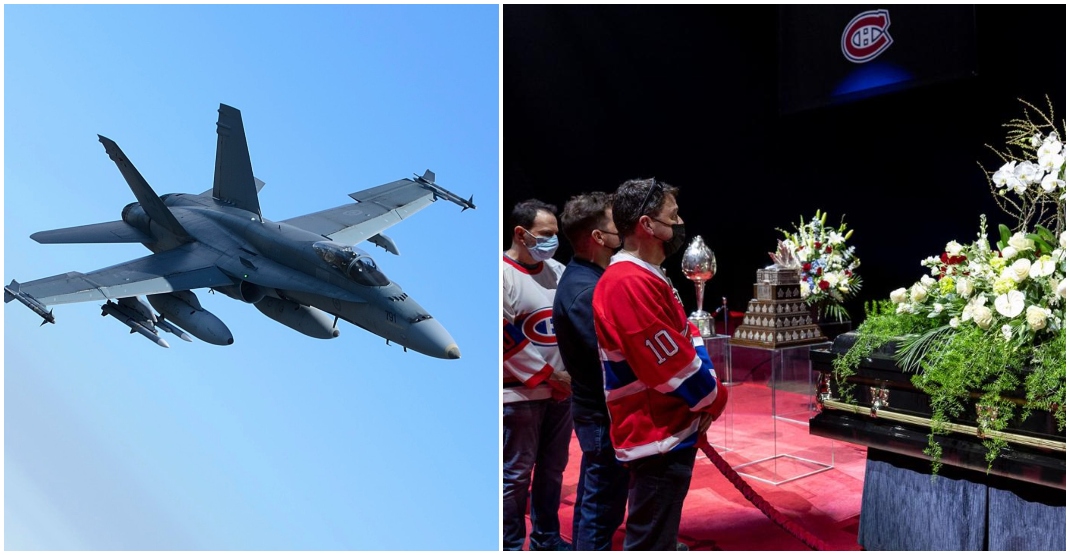 This may seem cold.

But state funerals are a massive waste of money regardless of whom they’re for.

I don’t think athletes or celebrities need state or national funerals. For that matter I don’t even think Prime Ministers or Premiers need them.
What makes a politician or celebrity death more important than anyone else who has also contributed society? Nothing.

It annoyed a few people… as I knew it would.

It’s a pretty unpopular opinion, one DM I got even went as far as to say I was a being disrespectful to Canadian Hockey great Guy Lafleur.

No, I wasn’t being disrespectful in any way. I was sharing an opinion, one I’ve held for years. I just don’t see the benefit of a State funeral, and I especially don’t care much for how unfairly they award them to the famous over the no-ones.

So who exactly gets a state funeral in Canada? Well, usually Prime Ministers, Governor Generals, members of the cabinet, or in one rare case the opposition Leader Jack Layton. Then PM Harper offered a state funeral to his Partner Olivia Chow which she accepted. It ended up costing Canadian taxpayers close to $400,000.

In Quebec, they have State & National funerals, Lafleur received the latter.

It honours people who have “made an impact on political life, as decided by the government.” In fact, Lafleur is the third hockey player to receive a National Funeral, and he’s amongst a group of mostly men from politics and the arts that have been given this honour and each national funeral costs Quebec taxpayers $50,000 or more.

So why do some people who contribute to society most of their lives get massive honours while others get ignored for their contributions? It’s simple — fame and connections.

I tried to find a figure on how much Lafleur has raised for charities over the years, it was difficult, but i’m sure it would be into the millions which is obviously outstanding because he did the right thing — used his platform to help others.

But there are plenty of other examples of Canadians who’ve contributed their entire lives to helping others, raising millions for charity, volunteering in their communities. Where are their state funeral and endless accolades?

So it’s a weirdly and clearly a biased system of who gets the gold treatment on their untimely exit.

Which brings me to politicians and Prime Ministers getting state funerals. Why?
You chose to do this as job, and you were rewarded greatly for it, with great six-figure salaries, perks of office, perks of post-office life (depending on whom you are) and if you’re in long enough… a pension the envy of most Canadians.

A few folks said to me that it’s about remembering the person. Great… Google their picture remember all you want. Read their Wiki page, I don’t care. But taxpayers should never be on the hook to bury a dead politician because they were simply a politician. Oh, and long after you’re dead we’ll then name schools, parks and streets after you. When does it stop?

So really, ask yourself why should only politicians, athletes and celebrities only benefit from this? Because they are famous… and y’all are addicted to fame!

Let’s start taking a look at little know people who’ve also contributed all their lives to help others and start awarding them some accolades like street names & schools instead of just another dead politician.