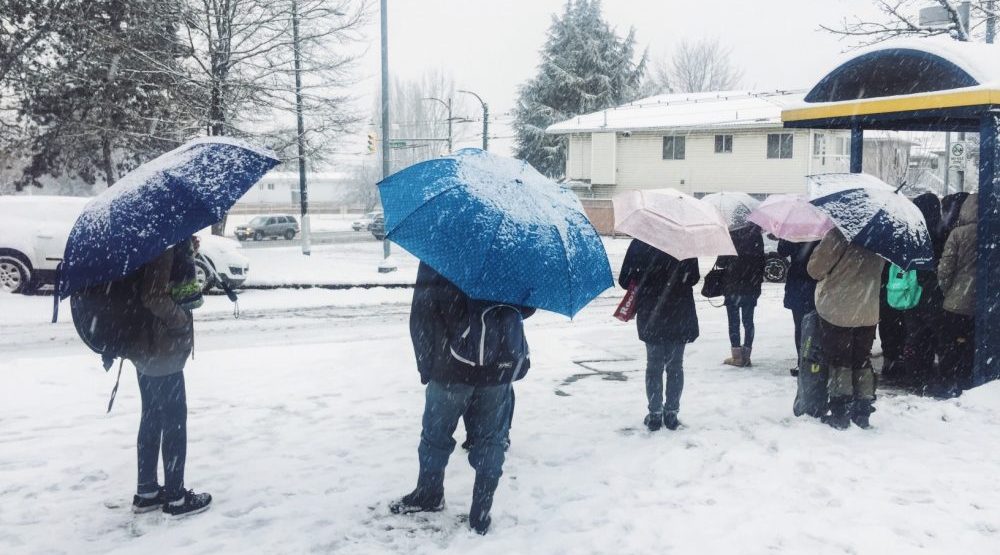 Hey Vancouver, we need to talk.

Yes the snow is incredibly exciting. I mean there’s something about a dusting of the white stuff that turns us all into schoolchildren again – desperately clinging to the hope that we won’t be able to go into work and can instead romp around in the freezing temperatures, building odd looking snowmen. 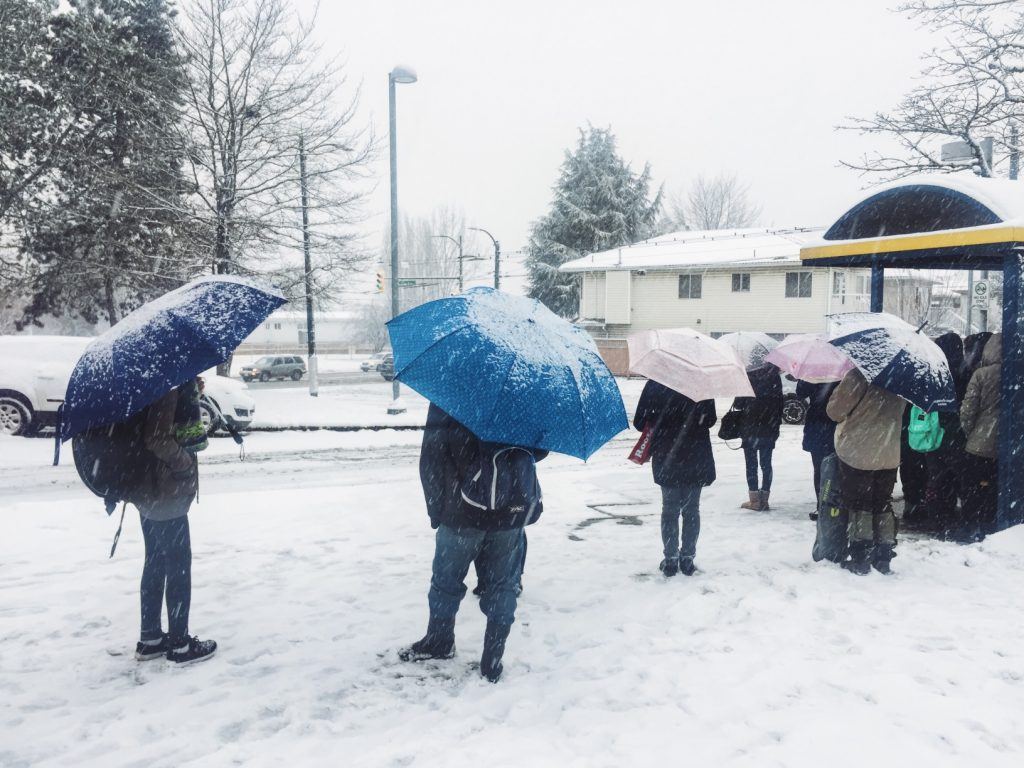 The biggest problem with snow in Vancouver isn’t the transit chaos, or having to notch our thermostats up a degree or two. It’s not even the abject terror with which the city greets the merest millimetre of snowfall, where previously sane Vancouverites line up outside Canadian Tire locations for Ice Melt and bulk buy dried goods in the event they’ll be cut off from civilization – or worse Netflix – for a few hours.

No, it’s the umbrellas. Or more specifically, the weather wimps who insist on using them when it snows in the city.

I mean they’re everywhere. Huddling under giant golfing numbers on Granville, or waltzing through the West End casually gouging out the eyes of any passersby unfortunate enough to be a few inches taller than them.

So for all of you who are casually heading out into Vancouver’s arctic tundra wielding your brolly let’s get a little something out of the way with. 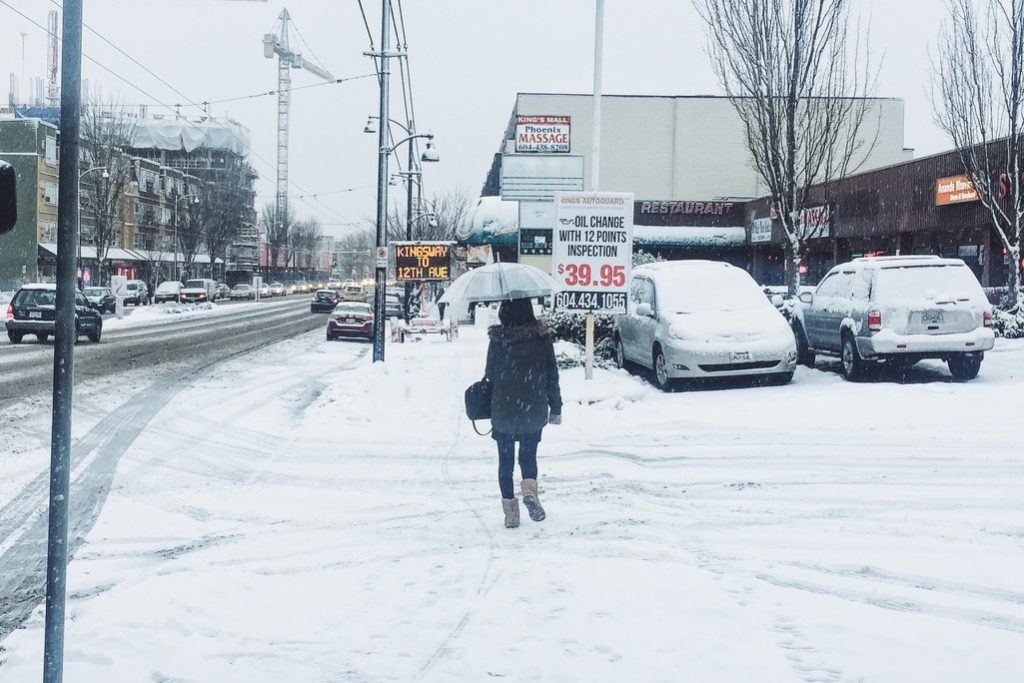 You’d have thought that for a city where rain is an ever present part of life that Vancouver would have worked out the correct use for the humble umbrella by now. After all its principal purpose is to shelter us from a soaking – and occasionally keep the sun off of us in the event that we’ve managed to secure a spot on a patio during summertime.

You see, rain is kind of wet. It soaks through fabrics and drenches hair. But in its frozen form water is far less inconvenient.

It’s lighter for starters, so snowflakes don’t tend to penetrate layers of clothing. In fact, most of the time you can simply brush them off the assorted layers of your outfit when you’ve reached your final destination.

What’s worse is that most of these umbrella-wielding oddballs are wearing a full ensemble of survival gear under their protective canopies.

Snowboots? Check. A North Face parka? Check. A rudimentary survival pack containing everything you need should you get stranded in the snow and the very rules of society break down forcing you to re-start your own civilization from scratch? Check and check.

Why then does an implement designed for an altogether different state of matter serve as your first line of defence against a few snowflakes? 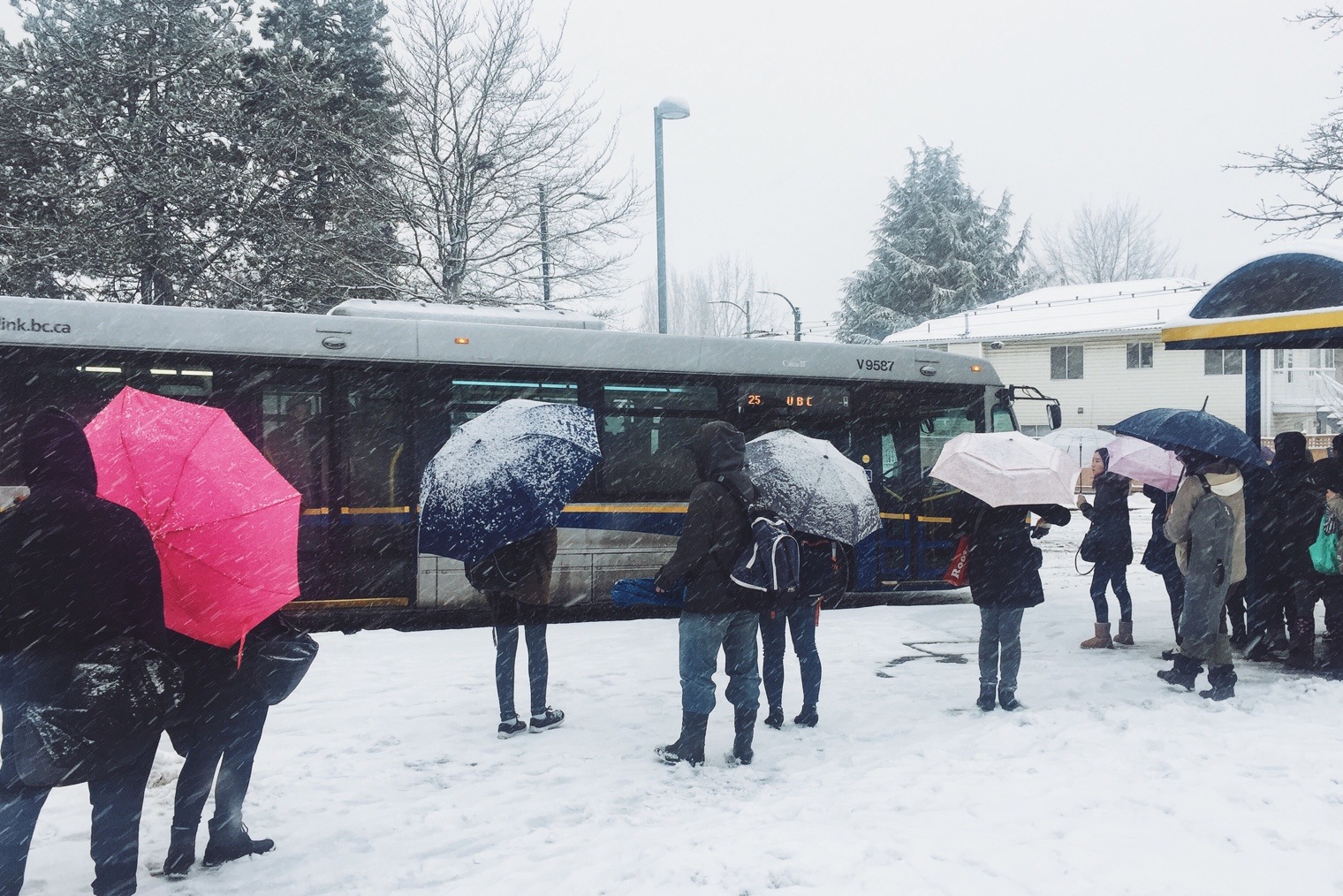 Look, I get it. Snow is ostensibly just rain that hasn’t thawed yet, and you absolutely don’t want to get your hair/jacket/shoes (delete as appropriate) wet in the event that it miraculously turns back into water somewhere between the sky and the earth’s surface.

But don’t you see that if you’re that worried about your appearance, using an umbrella in the snow is achieving the exact opposite of what you’re trying to achieve?

Just look at yourself. Go on look at your reflection in that shop window and see what you look like, carrying an umbrella, in the snow. Let that sink in for a second. Roll it around your mind a few times. You’re carrying an umbrella, in the snow. Essentially you’ve become that person who wears a pocket protector to work, or that guy who wears a full kit (socks and all) to a Whitecaps game. 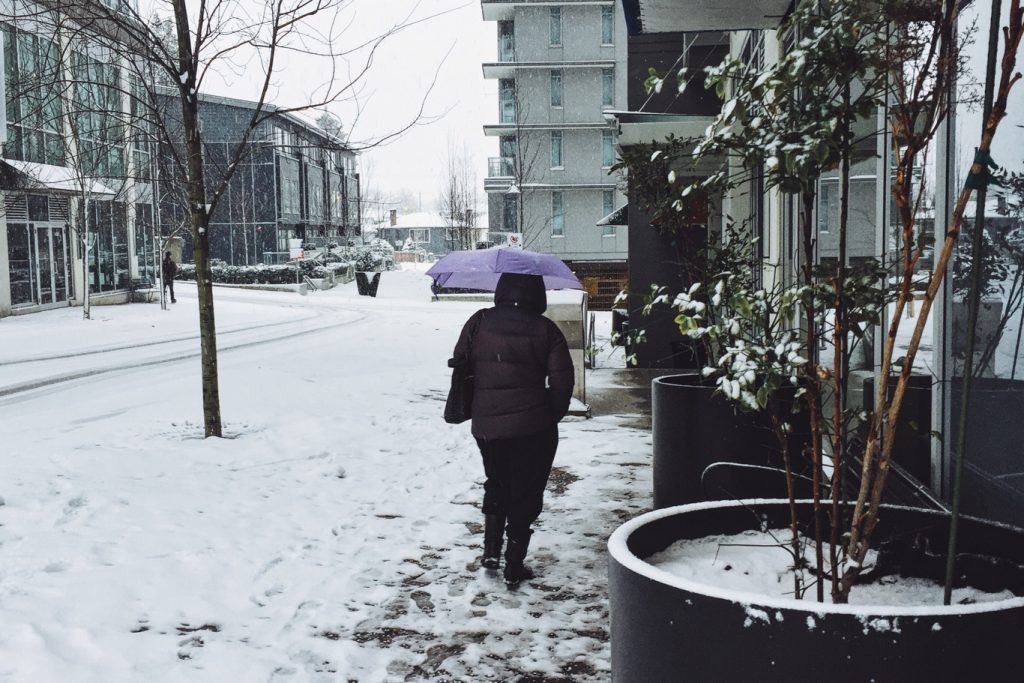 But what bugs me most about these ‘snow shelterers’ though is not the unnecessary nature of their umbrella usage, but the message it sends to the rest of Canada.

I mean it’s already hard enough to get them to take our winters seriously. But while our fellow countrymen and women are shovelling feet of snow in Saskatchewan and coping with -25°C wind chills in Calgary, we duck under our umbrellas at the merest hint of a few flakes.

It’s embarrassing. And thanks to you the rest of the country is laughing at us.

So unless it’s raining or you’re a British nanny and it’s your only means of transportation; then there is absolutely no excuse for using an umbrella in the snow. Just wear a toque like everyone else.