Justin Trudeau made his biggest announcement to date on November 29 when he approved the expansion of Kinder Morgan’s Trans Mountain pipeline.

It’s an economically necessary decision and environmentally uncertain, but I do think it was made “based on rigourous debate, science and evidence,” as Trudeau said.

If I thought this project was unsafe for the BC coast – I would reject it. Period. This decision was based on debate, science & evidence.

The plan will see the current Trans Mountain pipeline double up and expand along its existing route, tripling its capacity to 890,000 barrels per day. Tanker traffic in Vancouver’s harbour is expected to jump an astonishing 700%, which greatly increases the chance of an oil spill and puts marine life at immediate risk.

But this is undoubtedly the most geographically sensible solution. There will be no major deforestation or destruction of land that wasn’t previously razed for the original pipeline’s construction in 1952.

Leaving Canada’s most valuable resource untapped as global demand for it rises isn’t an option. 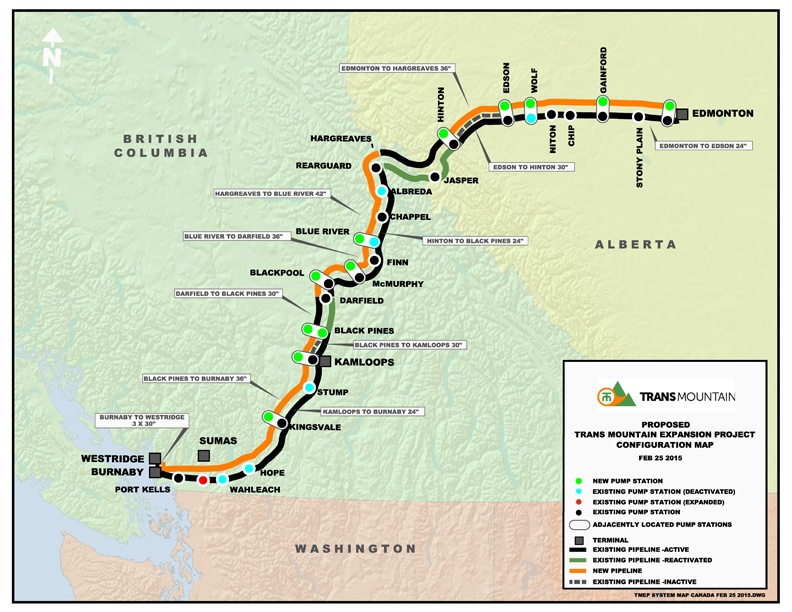 Opposition to the expansion was certain, but such is the case with every pipeline project. Trudeau anticipated backlash and Kinder Morgan Canada, the Houston-based energy corporation behind the construction, met with the RCMP to prepare for it even before the PM’s approval. But there’s a way these things generally pan out, as one CBC commenter noted:

A few days after Trudeau’s announcement, however, something significant happened 2,200 kilometres away that could drastically impact the future of the Trans Mountain pipeline expansion.

The Standing Rock Sioux Tribe of North Dakota won a decisive victory against another Texas-based energy conglomerate after a months-long protest against a pipeline that would run through ancestral sites and threaten their water. On Dec. 4, the Army Corps of Engineers said it will halt construction on the project.

Developments in South Dakota are fuel for opposition to Canada’s Trans Mountain pipeline. There is now precedent; a pipeline movement.

While it took months for developments in North Dakota to gain traction, the media is now laser-focused on the issue. Indeed, it hasn’t taken long for people to imagine how the outcome of events South of the Border could manifest in Canada as well.

While construction on the Trans Mountain pipeline expansion is still months away, there’s enough momentum to believe mobilizing a blockade on a moment’s notice is possible.

Let’s take a look at the pedigree of opposition to the two pipeline projects. While the camp that gathered around the site of the Standing Rock reservation was expansive, it was comprised of small voices in the face of major economic and political players.

“These aren’t rocket scientists or engineers who were shutting down these pipelines, they are everyday people,” said director of commodity strategy at RBC Capital Markets Michael Tran, who is alarmed by the conclusion in North Dakota given the protest’s lack of sophistication.

Individuals who hold considerably more weight have already voiced their opposition to Canada’s pipeline expansion. And they’re not just throwing fluff, either.

“The Kinder Morgan pipeline will not be built. Not on our watch,” said Caitlyn Vernon of BC’s Sierra Club, an organization that works to protect, conserve, and educate the public about the province’s wilderness, species and ecosystems.

Green Party leader Elizabeth May was even more tenacious, saying she’d engage in civil unrest and risk going to jail in an effort to halt construction. The mayors of Vancouver and Burnaby, where the pipeline will terminate, feel they haven’t been adequately consulted on the project and will inspire their supporters to speak out against it as well. 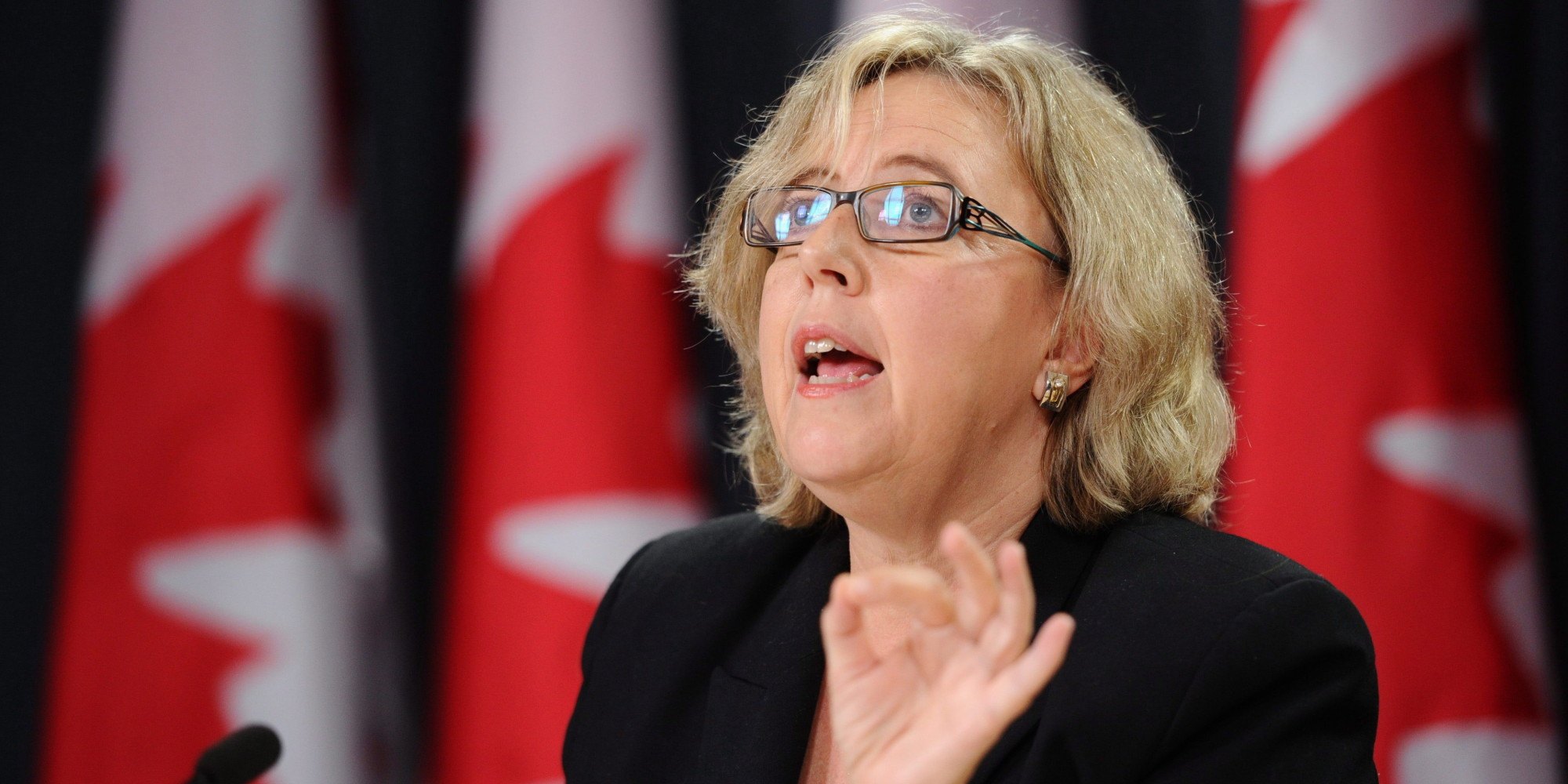 “If there are blockades as construction begins, I’m more than prepared to be there to block construction and be arrested and go to jail. This is not an issue where you compromise,” May told The Huffington Post Canada.

Add to that the almost 100 Indigenous nations to be directly affected by the expansion, as well as the North Dakota Sioux, who have expressed their solidarity with the cause in Canada, and you have a very large and loud resistance before Kinder Morgan can summon its bulldozers.

There might be legal precedent to shut down the pipeline.

As the CBC notes, in ruling against the Northern Gateway pipeline, the Federal Court determined Ottawa had not sought nor received the consent required from the Indigenous nations on whose ancestral lands the pipeline was to be built.

One half of the reason the North Dakota Access pipeline was halted was because it infringed on native ancestral grounds, the other half being potential water contamination. That ocean safety off the coast of BC will be endangered is clear, and Indigenous protesters of the Trans Mountain pipeline have already signalled that they’ll mount a complaint against the intrusion of their ancestral grounds as well.

Natural Resources Minister Jim Carr said Trudeau’s government will not need to seek First Nations consent to move ahead with the project, though that appears to be at odds with previous rulings of the Supreme Court of Canada.

As rabble notes, “Look for the failure of the Trudeau Liberals to obtain consent from all the 133 Indigenous nations affected by pipeline expansion (40 have signalled support) to be decisive in however many court battles it takes for BC Indigenous Nations to stop the Trans Mountain project.”

Then there’s the question of willpower. While Stephen Harper would have approached opposition with steadfast resilience, Trudeau is a more swayed personality.

Can he accept sacrificing Liberal popularity on the West Coast? Can he handle the pressure of other global leaders questioning his ability to fulfill Canada’s environmental targets as determined under the Paris Accord? And what about his commitment to reconciliation, one of Trudeau’s major election talking points and a promise for which his accountability was praised – and therefore challenged to be upheld – by Tragically Hip frontman Gord Downie during their nationally televised final performance?

Trudeau’s softened on stances amidst less resistance than he’s about to endure over Trans Mountain, and even supporters of the pipeline are weary of how that will impact its future.

“Now he needs to use his political capital to see this project built,” said Interim Conservative Leader Rona Ambrose after Trudeau’s approval. “And I don’t think he has enough of it.”

Justin Trudeau is an intermediary Prime Minister who will stall action to appease two opposing sides of an issue. Some suggest approving the Trans Mountain pipeline was a populist decision; a strategic, easy way out.

He knew the majority of Canadians would support the pipeline expansion, but he’s probably equally aware that its hurdles – which include meeting or exceeding 157 conditions set by the National Energy Board – would see it delayed or scrapped altogether.

Only time will tell. But at this point, it seems more likely this pipeline won’t ever end up moving mountains to be built.