Playland has been around for generations and when I recently took my six-year-old daughter and my 16-year-old niece to the local amusement park, my mind started spinning and I realized that I can no longer handle the Tea Cups.

While spending the day on the hot tarmac, holding onto cotton candy and a stuffed turtle, that this super dad won at balloon darts, I looked around at the rides and the overall setting and realized that Playland is in desperate need of a makeover.

I was already to write down my scathing opinion on all the things Playland and the PNE Fair should do to become more relevant and fresh, but first I made a phone call to the President and CEO of the PNE Mike McDaniel to see if he agreed with my take. To my surprise, not only did Mike agree, he was excited to announce some pretty awesome news regarding the amusement park and fair.

There was a whole master plan process regarding Hastings Park that was done back in 2010 and that physical plan was approved by Vancouver City Council. That plan included an aspect of Playland that was a bigger, better and more modernized amusement park. However, that part of the plan needed more definition so after a couple of years we created what is called the Playland Master Plan.

Mike went on say that the big plan regarding Playland was not yet approved by Vancouver City Council, but the $80-million proposal could get the rubber stamp later this year. Once everything is approved, the majority of the budget will be spent on new rides.

Part of what we are going to do is expand Playland from 15 to 22 acres. It will have more themes to it rather it just being a hard ride amusement park. There will also be significant investment into new rides probably to the tune of $50 million.

That doesn’t necessarily mean that we are only going to be bringing in big rides, it means we will be bringing in more variety. We aren’t looking to bring in anymore kids rides in the sense where only kids can go on them, we want more family rides that are geared for kids but can comfortably fit mom, dad and the grandparents too.

A few things that the local amusement park has been missing are signature rides that spark fear into the hearts of children or bring out the thrill seekers. There should be a ride or two where it’s not recommended to eat a Triple O Burger before hand. The old wooden roller coaster, although a thing of beauty, is still the best ride at the park, but therein lies the problem. 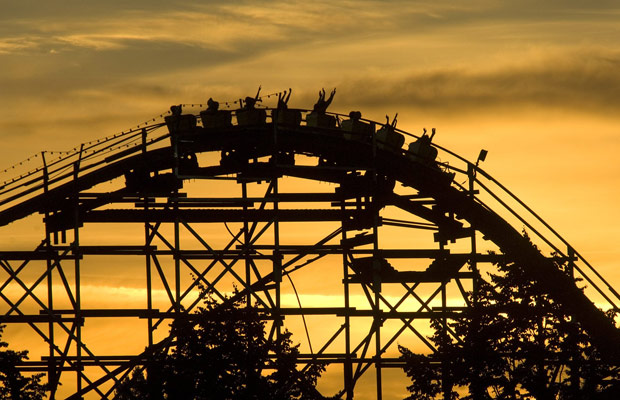 A roller coaster that was built in the ’50s shouldn’t be the only ride that brings people to Playland. Just look at Canada’s Wonderland in Toronto where coasters like Behemoth or Leviathon have people lining up and walking away feeling wheezy and thrilled all at the same time.

In the ’90s, Playland decided to introduce another coaster called The Corkscrew. Unfortunately, that coaster ended up being a complete dud and was as exciting as the kid’s Honeybee Express. It was a giant waste of money and a complete waste of space, a mistake that McDaniel plans on rectifying.

The future plan does not have the Corkscrew existing. We would like to bring in three new track rides like a new steel roller coaster or mouse ride. We have never had a spinning mouse ride in this market.

We just brought in the Teacups, Balloon Explorer, Atmosphere and more updated bumper cars along with a major pendulum ride that will be coming in next year that will take the place of the Crazy Beach Party.

Once the overall plan is approved by the City of Vancouver, it will be 13 years before it is completely implemented. That said, with new rides cropping up starting next year and into 2018, It’s an exciting time for the amusement park.

However, what does it all mean for the actual PNE Fair that starts on August 16? Besides the future expansion of the amusement park, the Pacific National Exhibition is also starting to go in a different direction from a creative perspective and the CEO says you will start seeing some of that at this year’s fair.

What we have been talking about is what sort of fair do we want to mount and what’s the programming feel to it. I would say that this year’s fair you will start to see a little bit of that new direction.

The new direction has brought in what could be one of the biggest attractions in the fair’s history. HBO’s Game of Thrones will be setting up shop where the Star Trek exhibit used to be, and will give fans of GoT a chance to see costumes, props and other goodies up close and personal. Who doesn’t want to sit on the Iron Throne? Just watch your back and avoid the pie or wine. 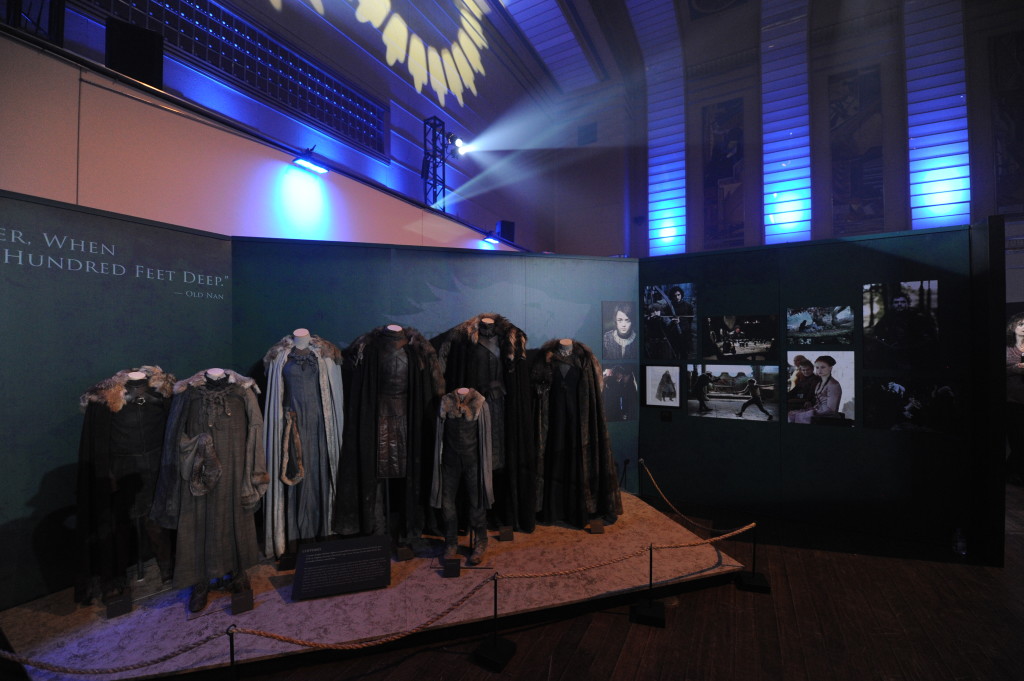 We got lucky in convincing HBO to consider Vancouver to be a stop for their Game of Thrones exhibit, so we are now part of their seven or eight city global tour stop. In terms of relevance, I’m not sure if there is a bigger show than GoT and I’m not sure how we are going to follow that up next year but we already have some ideas.

One of the new mandates for the PNE is to bring in more creative entertainment. Unlike other fairs around Canada, the Fair or Playland are not funded by the Provincial Government. Whether it is fair or unfair, no pun intended, many people compare the PNE to Wonderland or Calgary Stampede.

The Stampede alone got $9 million in subsidies from Alberta last year and Wonderland gets even more on a yearly basis from the Province of Ontario. That said, McDaniel is solely focused on making sure the PNE Fair, which is not-for-profit, is more enjoyable than it was last year with the funding it currently has.

I’m careful when I make that provincial funding excuse, although it is a reality, I don’t like to hang my hat on that. Stampede and PNE are two entirely different events in magnitude. I expect Stampede will always receive provincial funding and we don’t expect to see that kind of funding from our province and I’m not entirely disappointed in that because we at the PNE take pride in the fact that we are not subsidized.

Relatively speaking, The PNE does a lot with the strict budget they have and so they don’t always have room to make mistakes on programs because it is a gate driven business. Over the last couple of years, attendance has been down but it is something McDaniel feels that part of it is due the cyclical nature of the business and their own execution.

Over the last couple of years, we have seen decline in attendance and sometimes that was due to the economy, the weather and sometimes it was because we didn’t do a good enough job at programming the fair that year.

Everybody needs to know that a lot of what you will see this year, besides our more traditional events, won’t be around next year so this is the only time you will get to see things like the Game of Thrones exhibit that will be here for fifteen days and that’s it.

Besides Game of Thrones, the fair will also have an animation exhibit called Get Animated! that will include the work of Pixar, Sony, Dreamworks and more.

There will also be a couple of large scale cultural shows at the Coliseum where week one will showcase the Drums of China followed by Mystic India on week two – both are supposed to be great shows meant for everyone of all ethnicity.

Another must see will be the 360-degree atmospheric dome called YVR Flydome that will be showing a narrated high-definition film called Wonders of the World. If you haven’t seen one of these domes before they have been used at electronic music festivals and as a place for people to trip out to Pink Floyd.

There is a lot to be excited about for the Playland amusement park and the PNE Fair. It appears there are some nice surprises on the horizon. The biggest challenge that the PNE will face is trying to outdo each and every year.

From a business standpoint we are going to try and create demand every year so that we can sell tickets not just to the person who lives fifteen minutes away but for the family that also lives fifty minutes away who will say, ‘I’m going!’

So what say you? Knowing what you know now, do you plan on going to the PNE this Summer? Are you excited about the future plans for Playland? What do you want to see added to the amusement park?

Here is the complete list of events and attractions at this year’s PNE Fair.