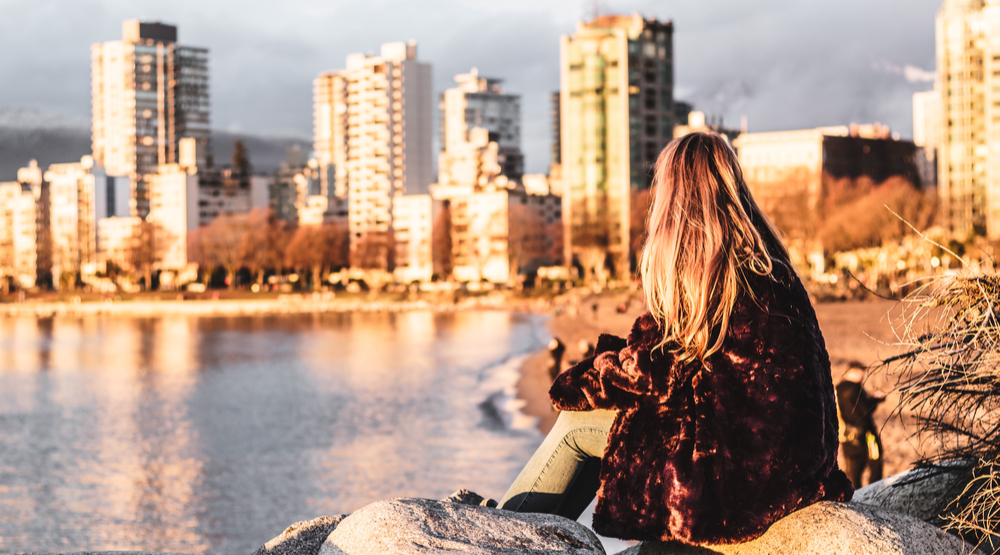 Growing up in Vancouver is a pretty sweet childhood. And spending your formative years in this city can teach you a lot about life.

So to fill you in on all that insider Vancouver know-how, here’s a list of things I’ve learned while growing up in Vancity. 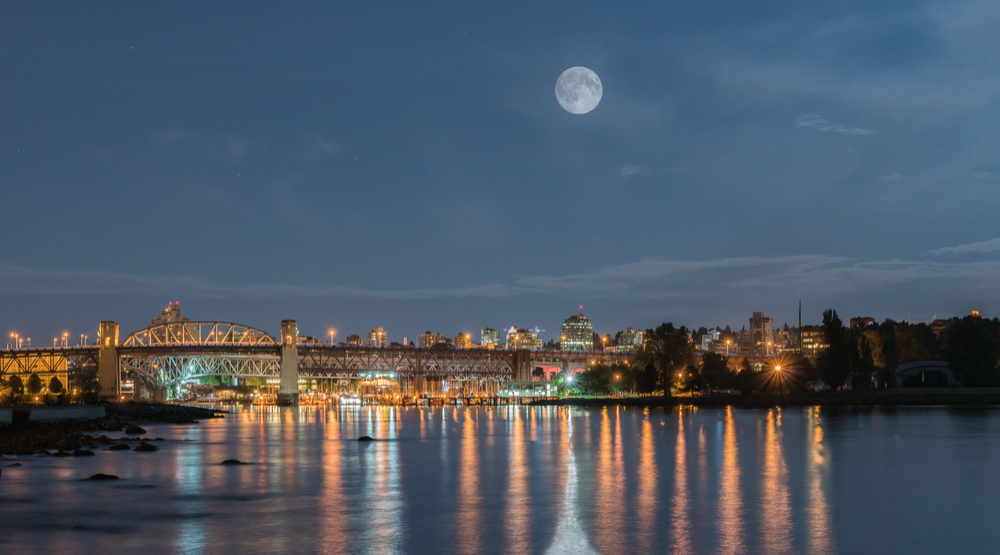 You don’t need to own property to be happy

I think a lot of Vancouverites are finally coming to terms with the fact that we’re not all going to own property in the city. And that’s okay! Honestly it is.

Living in my lovely little rental couldn’t make me happier. And I don’t want to sacrifice my quality of life just to afford my own slice of Vancouver’s real estate pie.

After growing up in a decently large home, I always thought I’d grow out my 600 ft² apartment. Yet after a few years, I’ve discovered how wrong I was. If anything living in my small apartment has forced me to get out and enjoy everything Vancouver has to offer. It’s also helped me to minimise my possessions. Less clutter = less stress. 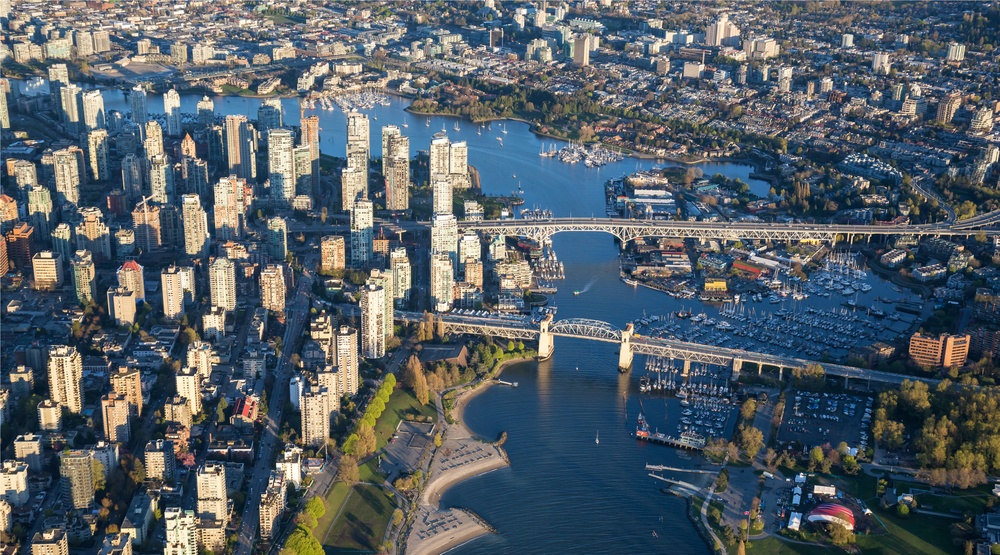 You can’t please everyone

If there’s anything to be learned from Vancouver’s seemingly never-ending cyclist vs. driver debate, it’s that you can’t please everybody. You see, the great bike lane debacle of our era is the perfect metaphor for life, no matter what you do you cannot make everyone happy—you just have to deal with it.

P.S. I’m definitely a team cyclist kind of person, in case you were wondering.

The best icebreaker will always be complaining about the weather

People love to bond over the weather. Not so coincidentally it’s also the best conversation topic to use when you met new people. If you talk about the sun people are happy. Chat about the rain, and everyone is collectively disappointed. Complain it’s too warm, everyone agrees, complain it’s too cold everyone also agrees.

Yep, griping about literally any type of weather is the best way to instantly bond with everyone around you. 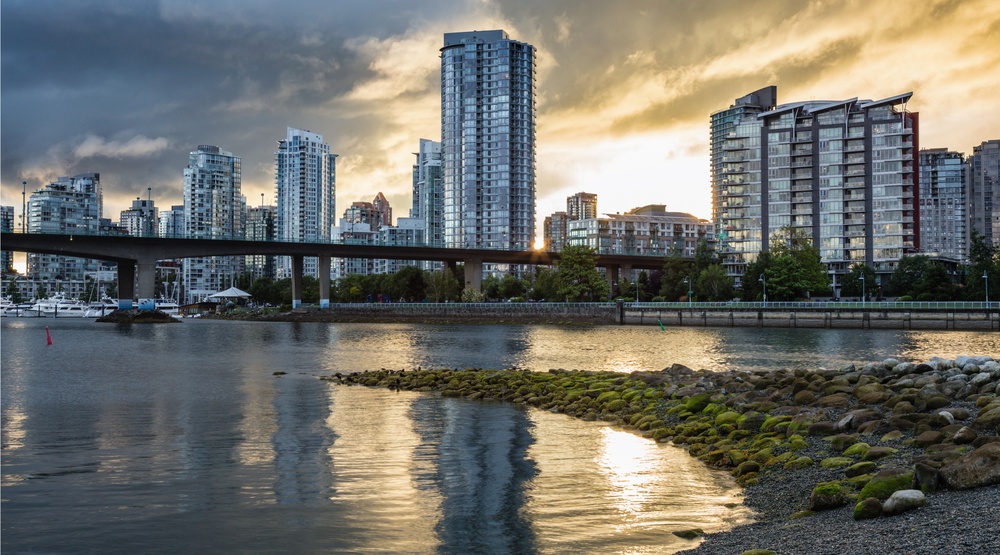 Life’s not a race, don’t be afraid to take it slow

I’ve watched family members and friends start to push life back longer and longer. When I was a kid, people were getting married in the mid 20s, but as I grew older (and entered my 20s) I noticed people holding off and taking things a little slower.

We live with our parents longer, go to school for longer, and get married later too. Life’s not a race to the finish line, and today most Vancouverites are delaying major life changes until they are a little bit older. And it looks like like waiting a few extra years is paying off.

The difference between good and bad sushi

I remember the first time I ate sushi outside Vancouver. Until that moment I never knew how good we had it. Life lesson to anyone out there who hasn’t tried other cities’ versions of Japanese food – don’t eat sushi on road trips in Alberta.

Here’s a simple rule of thumb: if you’re not in Vancouver or Japan, then it’s probably going to be bad sushi. 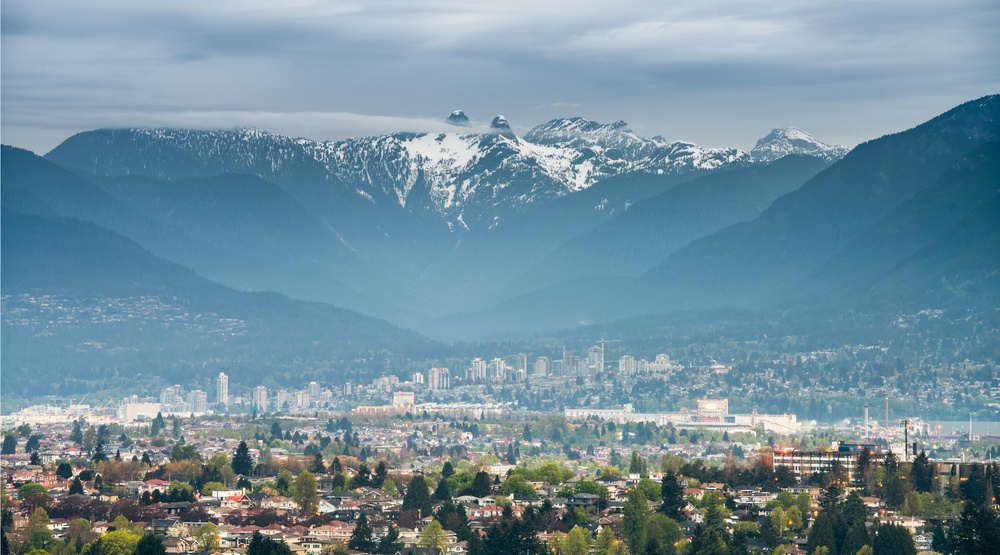 How to surf the Skytrain

You can tell people who actually grew up in Vancouver just by watching how well they ride the Skytrain. If you can’t last from Commercial to Stadium without holding onto a bar, you’re clearly not from around here.

Vegan: Will not eat any animals products. Generally hangs out in groups of other Vegans.
Raw Vegan: Vegans who eat raw food. The elitists of the vegan community.
Paleo: Only eat things cavemen could eat?
Vegetarian: Will not eat animal meat, animal products are okay.
Pescatarian: Will only eat fish, no other types of meat.
Gluten free: Irritating people who can’t eat anything. 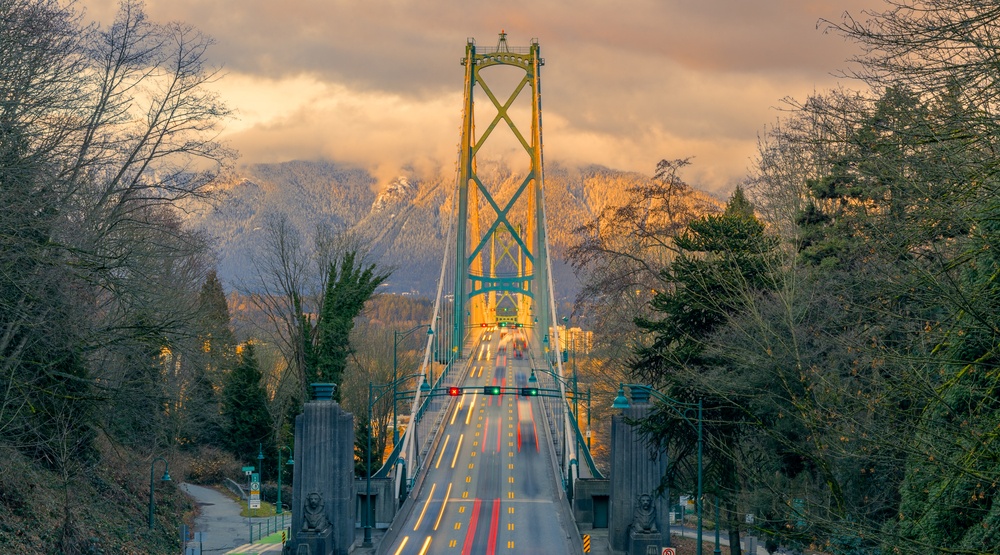 The name of at least three different types of weed

It isn’t exactly surprising how much we all know about pot. Even if you don’t smoke it, conversations about different strains of BC bud can be heard everywhere around this city, not to mention the fact that dispensaries are cropping up about as regularly as Starbucks locations.

The borders of almost every Vancouver neighbourhood

People get very territorial about where they’re from (#eastvanrepresent). And so even though Vancouver isn’t exactly what you’d call a huge city, people here are still proud of the few square blocks they call their hood. 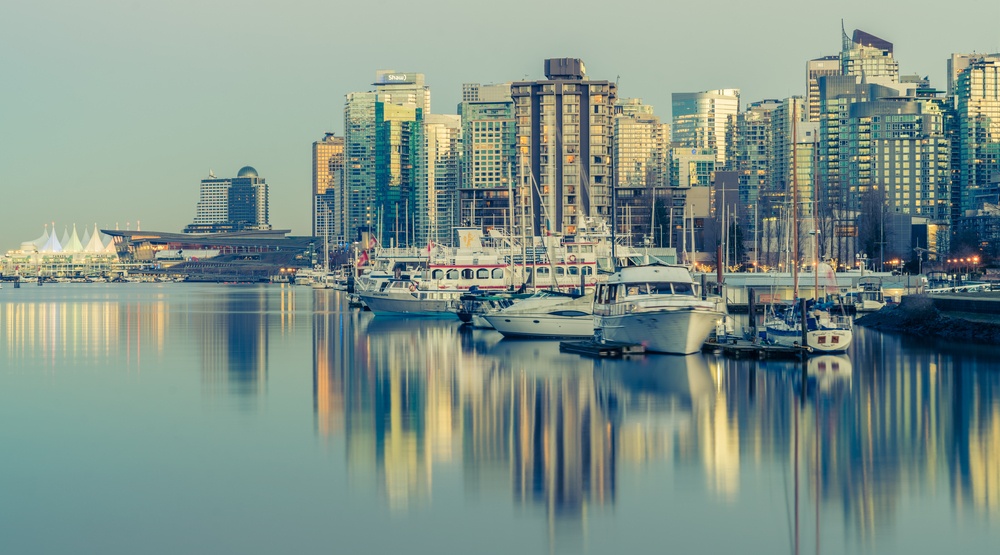 How to parallel park

Thank God ICBC forces us all to learn how to parallel park in order to get our N. It’s survival of the fittest in Vancouver, and nowhere is the cutthroat world of city living more apparent than when it comes to finding a parking spot.

Well kind of. Every elementary school teacher in the Lower Mainland has taught students that “North is where the mountains are.” It’s easy until you leave Vancouver. 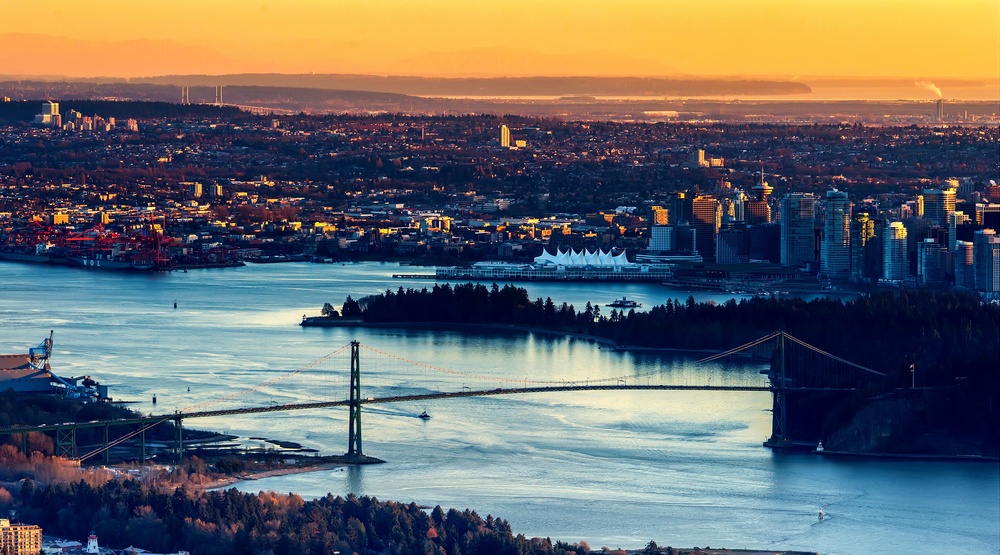 Food from around the world

I am beyond grateful for growing up with multicultural friends. Thank you to everyone who exposed me to so many kinds of amazing food. How did people ever live without all the hella awesome options we have now? With all the fusion foods around you can eat different cultural foods every day for months.

There are two types of people in Vancouver—umbrella people and hood people. I come from a long line of hood embracers, and to this day almost never bring an umbrella with me. On an odd day when I’m walking with an umbrella endorser, I am so thankful for the etiquette that’s been ingrained into all of us locals.