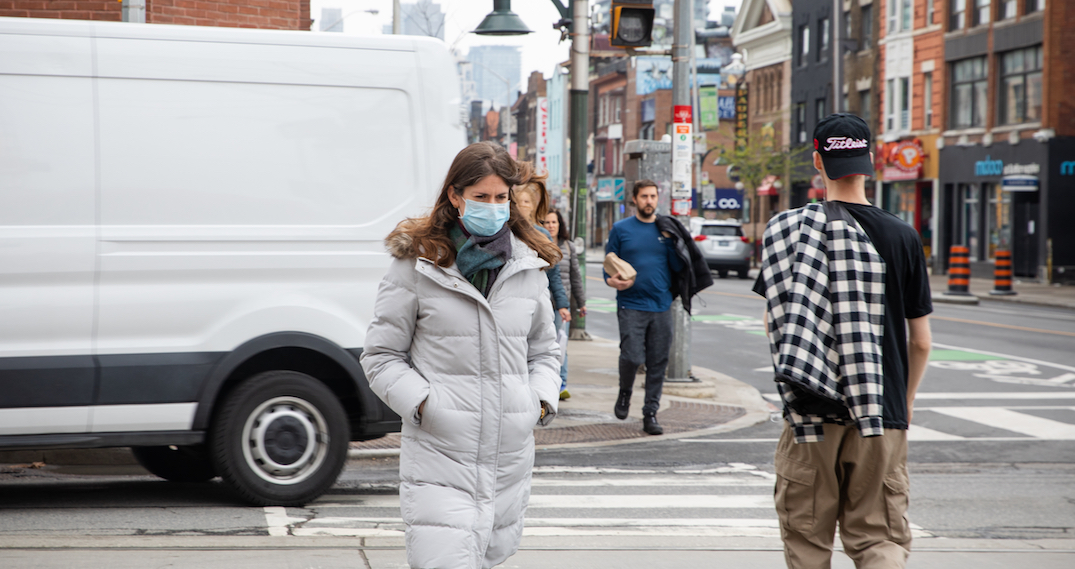 Ontario residents are the most likely to wear face masks in public in areas where physical distancing is difficult, according to Statistics Canada.

The government agency has released its most recent online survey, which was conducted from June 15 to 21. The purpose of the study was to “examine whether Canadians will continue to adhere to recommended health and safety practices as the economy reopens and restrictions are loosened.”

Results are gathered and compared from residents of British Columbia, the Prairies, Ontario, Quebec, and the Atlantic. This round of studies marks the third online survey conducted by Statistics Canada.

One of the main findings from the survey is that “regional differences” exist when it comes to the kinds of precautions that people will take as COVID-19 safety measures are relaxed.

For example, more than 90% of respondents in all geographic areas agreed that they would continue to wash their hands more frequently.

Residents from Quebec and the Prairies, however, are less willing to avoid crowds and large gatherings than other residents in Canada.

And when it comes to wearing a mask in public, results were skewed across the board, with Ontario residents being the most likely (77.9%) to don a mask compared to all Canadians.

The least likely were residents in Quebec (52.4%) and the Prairies (53.7%), where just over half of respondents said they’d be willing to wear a mask. British Columbia (65.9%) and the Atlantic (63.7%) fared slightly higher but were nowhere close compared to Ontario.

Additionally, most geographic areas were in agreement in continuing the two-metre rule of physical distancing. The majority of residents in British Columbia (86.9%), Ontario (87.3%), and the Atlantic (88.8%) said that they’d continue to practice safe spacing.

Quebec, however, seems the least likely to continue this precaution, with only 65% of respondents saying that they’d practice physical distancing.

The survey also looked at which Canadians would be continuing to practice safety precautions based on age and sex. According to Statistics Canada, “not all Canadians were equally likely” to follow precautions.

In general, men were less likely than women to continue safety practices as coronavirus measures ease up. in terms of wearing a mask, 72% of women said they’d be willing to, compared to 59% of men.

Young Canadians between the ages of 15 and 24 were 25% less likely to wear a mask compared to seniors over the age of 65. They were also 18% less likely to maintain physical distancing.