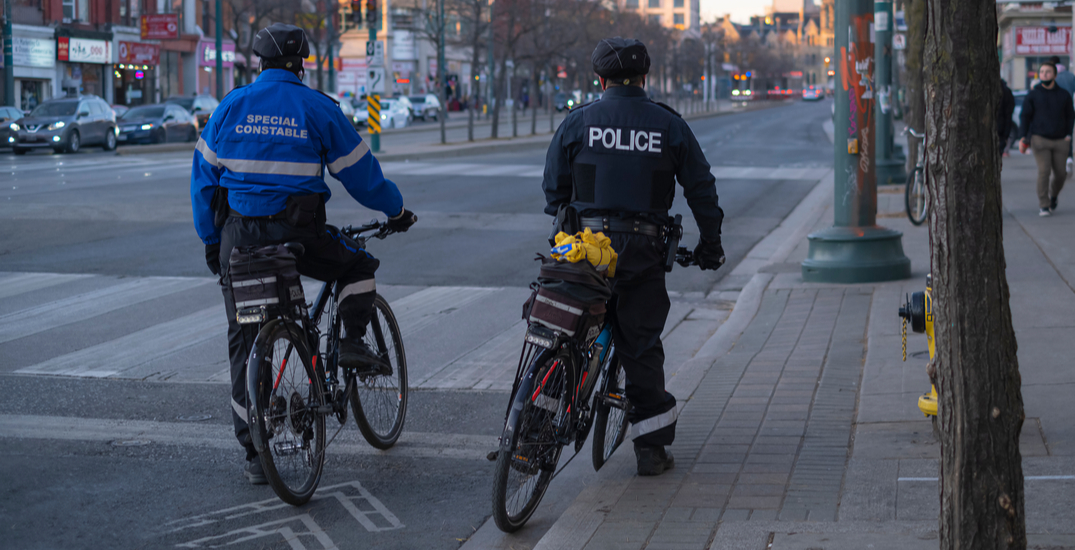 Cara Zwibel, the Director of the CCLA’s Fundamental Freedoms Program, said that the association is looking into taking the provincial government to court over the order.

“This is obviously very concerning. We already know that certain communities are subject to a lot more attention from cops than others,” Zwibel told Daily Hive.

“This includes Indigenous and racialized community members, and new Canadians – many of which are the same ones, the frontline workers, that need to be out of their homes.”

Zwibel cautioned that the province’s decision, which she called a “total shift” in normal policing power, will only deepen the distrust some communities already have in cops.

The order, which was announced on April 17, allows police to stop any individual or driver who is outside while the province-wide Stay-at-Home order is in effect.

Officers will be able to ask people their reason for being out, as well as their home address. Anyone who doesn’t answer their questions can be given a $750 ticket.

A lawyer, Zwibel hopes to challenge the order in court to determine whether it is in compliance with the Canadian Charter of Rights and Freedoms.

“This is an extraordinary power to give the police without any debate by a legislative body,” she said, noting the current State of Emergency allowed for the measure to be expedited.

“I think it’s pretty clear, though, that this is a significant violation of the rights that are protected under the Charter.”

The rights protected by the Charter can be limited by law, but any limits must be shown to be “reasonable in a free and democratic society,” according to the federal government.

Zwibel said the provincial government has yet to make any such evidence public.

“I think the intention is to scare people into not going out – the government’s whole message is to stay home,” she said.

“It’s one thing to say we’re going to close stores, it’s a whole other issue to say that anyone in Ontario who is out of their house can be questioned by police. It’s a pretty radical change.”