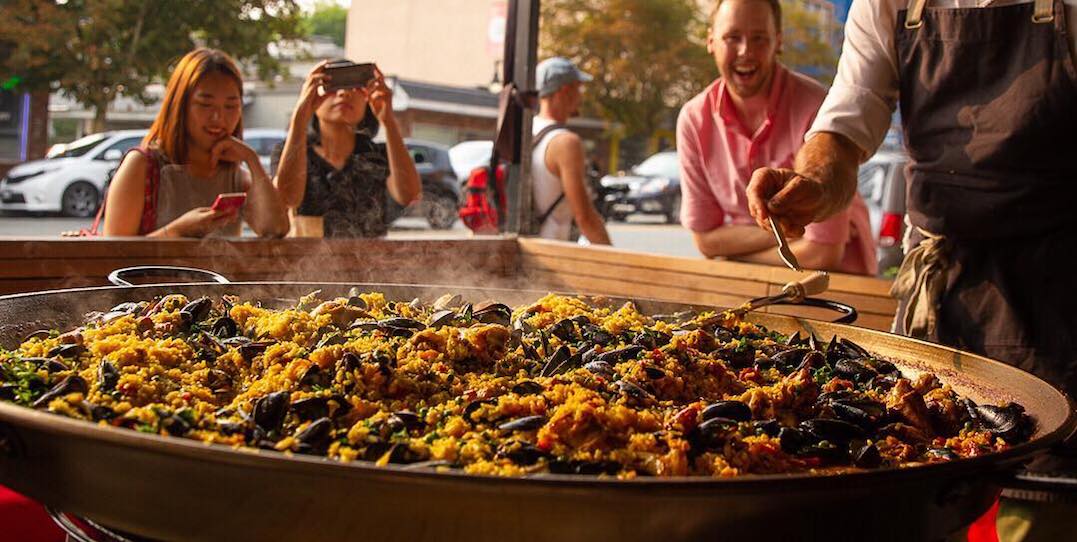 Nothing beats a delicious, flavourful paella shared among friends.

Actually, correction: nothing beats a gigantic, delicious, flavourful paella shared among friends. When it comes to food, we always say, “the bigger the better.”

Next Wednesday, September 18, starting at 4 pm, Cabrito Tapas Bebidas is once again bringing the giant pan out for their monthly Patio Paella Party. The restaurant cooks a massive 46-inch paella on their patio twice a month to split amongst diners, creating a lively street party atmosphere.

Cabrito is known for serving Spanish-inspired tapas with West Coast accents. They pride themselves on providing Vancouverites with traditional, shared-plates meals. After all, paella (a classic Spanish dish made of rice, saffron, and chicken or seafood) is a dish perfect for splitting, creating a great opportunity to come together and eat with family and friends.

Executive Chef and Owner of Cabrito, Alex Carriere, grew up making giant paellas with his family and sharing them with friends and neighbours. Now, he’s bringing this family tradition to his restaurant.

Chef Alex says, “In our busy lives, we have so few opportunities to eat together — we love meeting the people in our community and especially how this has brought our Vancouver friends and neighbours together.”

Cabrito serves three different kinds of paella on a regular basis: their famous Cabrito’s Paella, their Paella Negra, and their Veggie Paella. During the Patio Paella Party, they’re dishing out a paella made with tons of mouthwatering ingredients. Here’s what to expect:

The result is a paella with a deliciously deep, rich flavour. It’s something you have to taste to believe!

The event is sponsored by Moritz Barcelona, the first beer created in Spain in 1856. Moritz Original is a Pilsner: pale golden in colour with white, fluffy and abundant foam. Made with extra pale malt and one of the world’s most renowned aromatic hops, Saaz hops, this beer is a perfect pairing with paella. 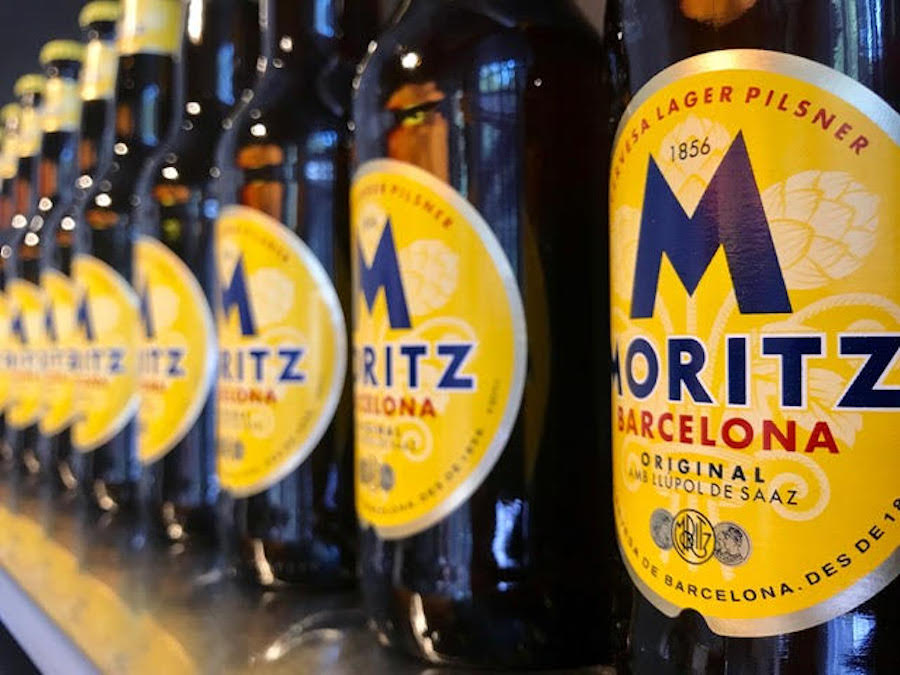 On September 18, bring your family and friends along to Cabrito to help finish off their giant 46-inch paella and celebrate one year of Giant Paellas on the Drive. The event starts at 4 pm, and it is first-come-first-serve, so arrive early to avoid missing out!

For more information and to browse their full menu, visit Cabrito.ca.