The boys are back in town! Well, most of them anyway. It’s been two summers since One Direction last played Vancouver and their new-and-improved On The Road Again tour is their first since Zayn Malik quit the band in March “to be a normal 22-year-old.”

So what big changes can fans expect when the boys invade BC Place tonight? Not many, according to breakout star Harry Styles.

“The other guys have picked up Zayn’s parts,” he told Entertainment Weekly. Bandmate Liam Payne will take on Malik’s high notes on “Story Of My Life” and according to Styles, “he kicks them in the bollocks every show.” And fans can rest assured that the group’s bad choreography will remain intact: “We kind of just stand on stage,” Styles said. “We’re still doing that!”

As indicated by our setlist preview, One Direction has an epic night in store for their fans, and rumour has it they’ll be busting out new material along the way. But before the pop superstars take over Vancouver Friday night, we’ve crunched their numbers and came up with some pretty interesting stuff. Nothing important – just random trivia to impress your friends and annoy your co-workers with. Ready? 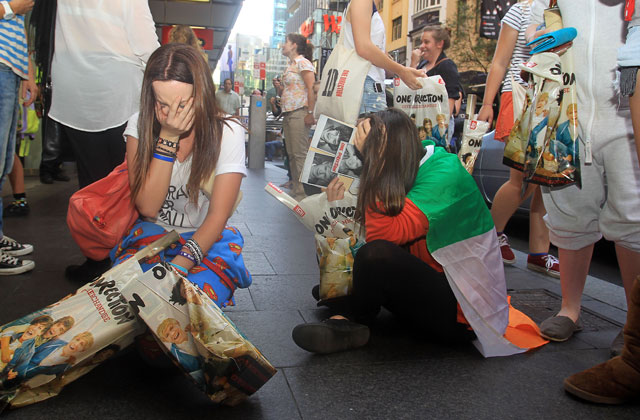 4 – the title of One Direction’s latest album.

77 – number of videos uploaded to YouTube on July 10 that feature Harry Styles falling onstage the night before.

The fab four kicked off their North American tour on July 9 in San Diego, and Styles took a nasty spill near the end of the show while singing “Through The Dark.” Styles quickly recovered but urged the crowd to refrain from posting the embarrassing footage online. “If anyone had a video of that, just delete it,” he asked, to no avail.

One Direction trails Katy Perry, Justin Timberlake and their very own Harry Styles, who has about a million more Twitter followers than his band.

30 – height, in centimetres, of a One Direction Singing Doll.

For just $29.99, you too can own a piece of pop music history with one of Hasbro’s official 1D Singing Dolls. According to Hasbro’s website, “each figure comes with a stylish outfit true to each band member’s signature look.” In other words, keep them away from an open flame. Other licensed products featuring the boys include toothbrushes, acrylic nails and the “I Love One Direction Bear” sold at Build-A-Bear workshops in North America (perfect to practice French kissing on).

The American rockers sued 1D for a chunk of the their royalties in 2011, but Syco, an entertainment company run by Simon Cowell, countersued and claimed that the X-Factor stars were the first to use the name in U.S. interstate commerce. The boyband prevailed and the punk outfit now call themselves “Uncharted Shores” (speaking of “uncharted”, both of Uncharted Shores’ studio albums failed to crack Billboard’s Top 200 Album chart).

1 – number of studio albums released by the Spice Girls after Geri Halliwell left the group.

The remaining Directioners announced they’re working on their next studio album, their first as a foursome. History hasn’t been especially kind to pop acts that lose a member at the height of their success – En Vogue imploded after Dawn Robinson exited the fold in 1996, and UK superstars Take That were forced into a ten-year hiatus when Robbie Williams left to pursue a solo career.

The first single from 1D’s latest album was an immediate hit and was thought (for a moment) to have broken the record for the most Vevo streams in a single day. The band prematurely thanked their fans via Twitter and called them “legends” for helping them achieve the milestone, but were forced to eat their words when it was revealed that Nicki Minaj’s “Anaconda” video had received 19 million views upon it’s premiere. 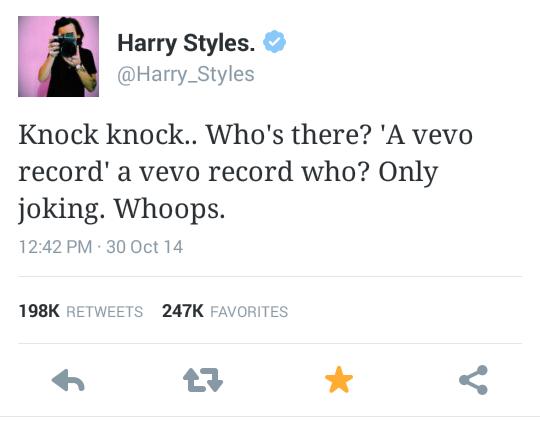 600,000 – amount, in British pounds, donated by One Direction to the Stand Up To Cancer campaign last year.

The guys are big time philanthropists and have donated their time and talent to initiatives like Comic Relief and Prizeo for Trekstock, a UK nonprofit that supports cancer research. One Direction have been included on DoSomething.org’s list of most charitable celebrities the last two years.

2,500 – number of pages in After, a fan-fiction series that chronicles the kinky escapades of a man named Harry Styles.

Anna Todd wrote the novel on a free writing site called Wattpad last year, and it’s racked up more than a billion online views so far. 1D fans lashed out at Todd on social media with a vengeance, prompting her to change the name of her book’s protagonist from Harry Styles to “Hardin Scott”. In the book, Styles Scott has “tousled brown hair” and a “cocky British accent”, while his leading lady is described as having “DIRECTION, ambition, and a mother who’s intent on keeping her that way”.

Tickets for Friday night’s One Direction concert at BC Place are available here. 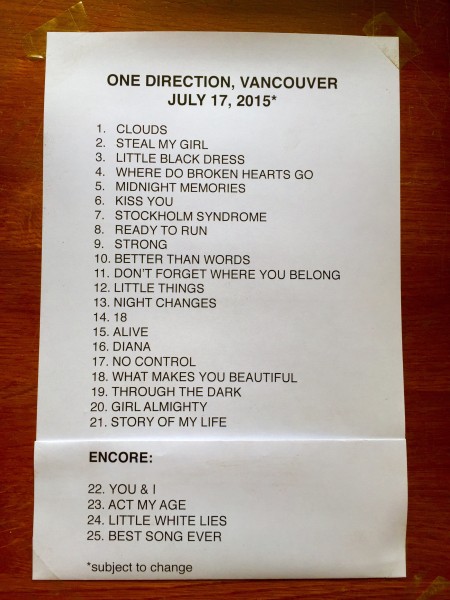