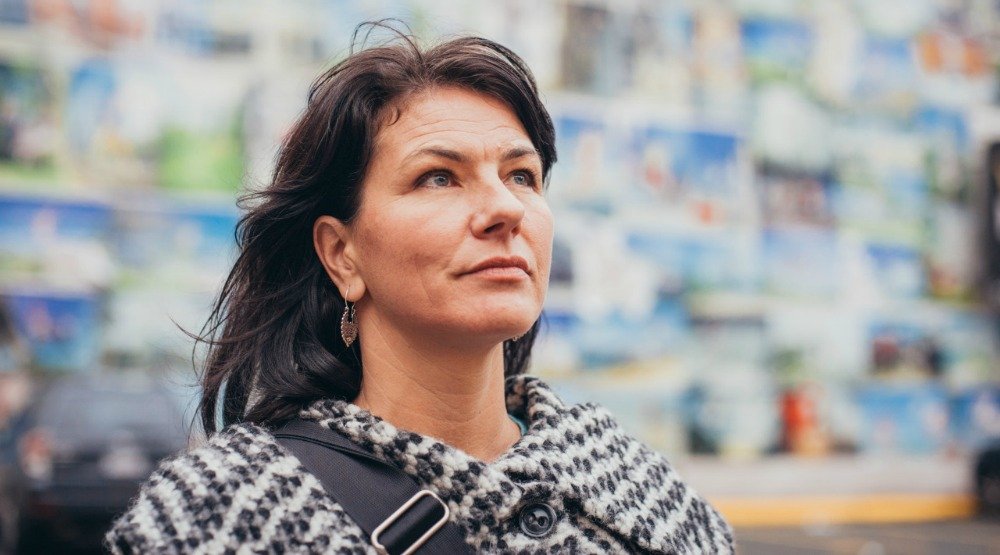 Eyoälha Baker is dedicated to her art, but it’s not for personal gain.

Baker is the artist behind Jump for Joy, a photo mural in the Downtown Eastside that depicts people jumping. It started as a way for her to get a fresh start on life – the former interior designer sold everything she owned and looked for a new purpose.

She found it in jumping.

“We’re constantly fed all these images that are making us feel doubtful, untrusting, disconnected, unsure, helpless,” Baker says in an interview with On Purpose.

“I thought, what if I just started sharing images that were all about celebrating life?” 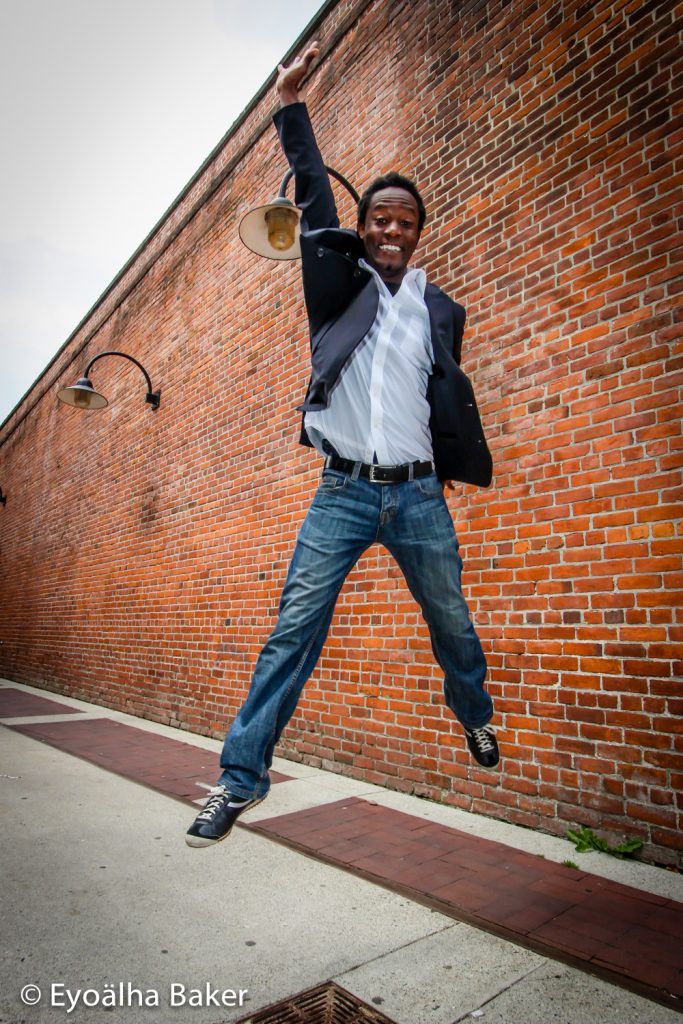 Jump for Joy looks into the metaphors behind jumping. It’s an example of using your own power and strength to lift yourself up, something that Baker knows well. It represents something you can only do for yourself. It represents a leap of faith.

Baker combined these metaphors into a mural in the Downtown Eastside, and the community soon rallied around it.

“It really belongs to the city, it’s really a community project,” she says. “And the irony is, I don’t think I’ve ever felt like part of a community until now.” 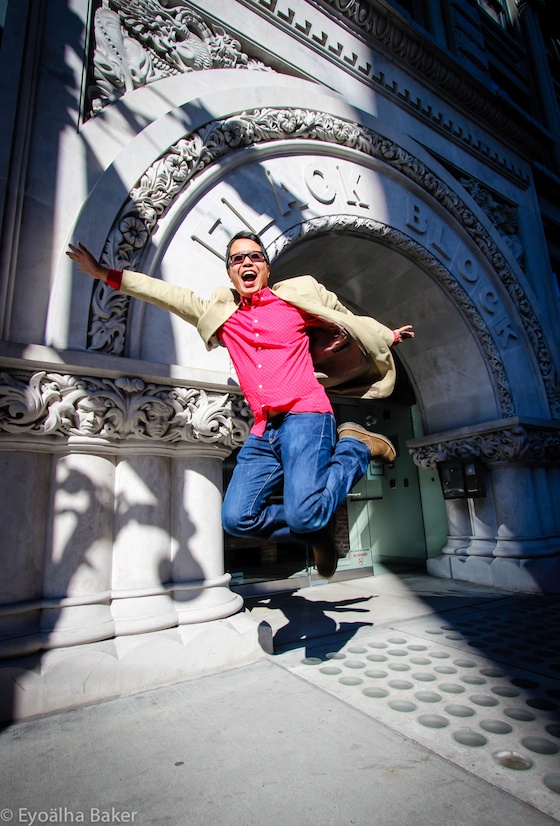 One man walked through the alley where Baker was working, and started crying and hugging her. His partner had died from an overdose in that alley.

“He said, ‘You don’t know what this means to me, my partner died here and this is a message from god for me that he’s ok,'” Baker says. “It was so emotional.”

That man was the first person who volunteered for the project, taking photos and making posters.

The mural, degraded by the Vancouver weather, had to be torn down, but Baker will be working on new projects soon.

The mural used to be on the side of a building owned by Atira Women’s Resource Society, and you can donate to them through Chimp, a local charity platform.

When you sign up for an account during Chimp’s Give On campaign, you’ll get $10 to donate to the charity of your choice, helping projects like Baker’s continue.

Daily Hive is a proud media sponsor of Give On