It’s no secret that Vancouver is frequently cloud covered, but rarely is there such a contrast between blue sky and dark, ominous looking clouds.

Pea-sized hail has been reported in the North Shore and downtown Vancouver this evening. Environment Canada’s forecast predicts a 60 per cent likelihood of showers tonight, especially in the North Shore. There is also a risk of a thunderstorm.

Rainbows were also seen in certain areas after the passing of the storm. 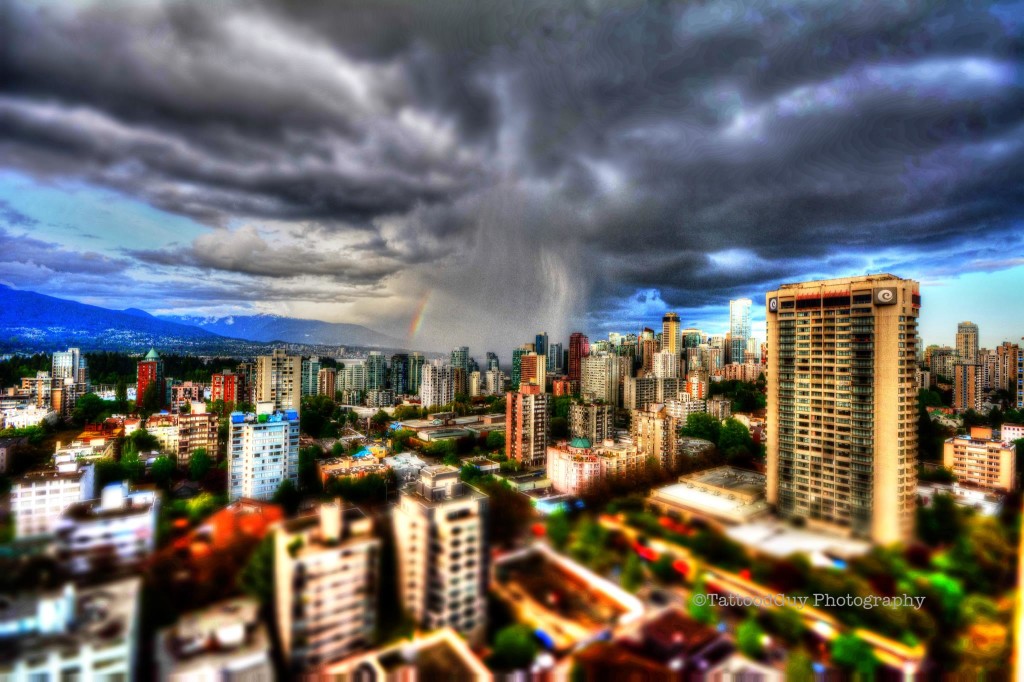